You are here: Home / Eureka Green / See How Bangladesh Farmer Save Their Farmlands from Flood

Flood is one of the worst-case scenarios in a farmer’s life story, because it can destroy a lifetime worth of work in just one night. The problem is, we cannot predict when it is going to happen and which area that it will affect.

Some farmers can only give in to their fate, and trust on next year’s yield to pay for this year’s flooded crops. However, some farmers decided to make a change and invent this incredibly smart agricultural revolution that can change the world.

It didn’t come from United States, Germany, China, or Russia. It came from a country that you might only know the name of, but not any other information of. This agricultural innovation came from Bangladesh, and it might become this century’s breakthrough.

Interested in finding out further? Continue reading, because in this article, let’s talk about this incredible agricultural innovation from Bangladesh.

The Rising Water in Bangladesh 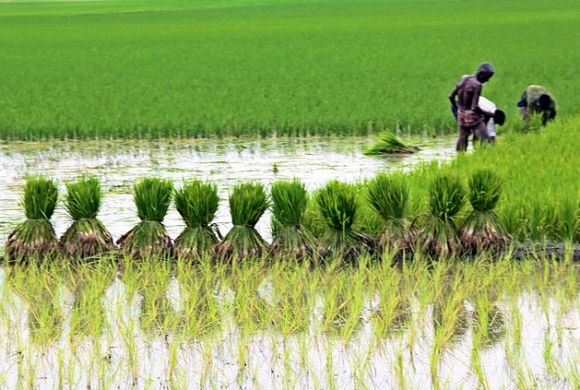 The first reason why we are talking about this innovation is because it is related to water. And guess what, our planet is 70% water. Water is nice, sure. But too much water in one area will cause a disaster called flood.

The thing is, there are so many aspects nowadays that can cause flood to happen all around the world. Trash piling up in waterways thus clogging it up, melting icebergs from the north pole, severe storms that appears more often nowadays are the most relatable examples of reasons for nowadays flood.

Yes, looks like there are so many reasons why flood can happen which is a nightmare for farmers. However, that’s the consequences we have to deal with, because of our own mistakes in the past for being reckless with the nature.

The thing is, farmers in Bangladesh discovered that by rising their farmlands above the rising water, their crops would be okay. Quite a simple idea, right? But apparently it worked wonder and successfully helped the farmers to service the Bangladesh monsoon.

One thing that makes this agricultural technique special is, it doesn’t work against the flood but work with the flood instead. “This has made a great difference to my life. Now I have enough food in the floods,” said Bijoy Kumar, a farmer to BBC. So, how is the technique really? 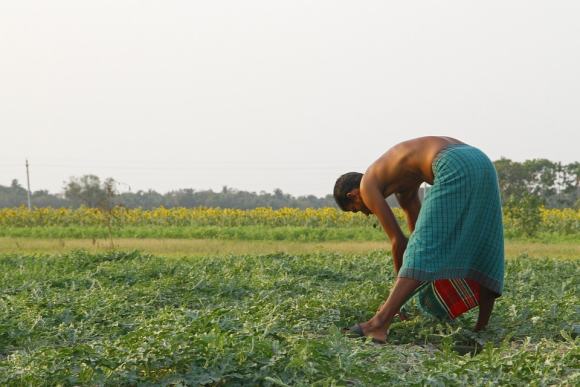 This is a traditional agricultural technique dated back to ancient times, but mostly forgotten as time passed by. Only a few farmers are still practicing this technique, especially those who live in area where flood comes often.

The method is called dhap, and it allows farmers to grow crops above the flood with the help of ‘floating raft’. Unlike traditional agricultural practice, Bijoy Kumar and some of the farmers in southern flood plains of Bangladesh use traditional form of hydroponic.

How does it work? The way it works is actually simple. Farmers first build a platform of greenery several feet underwater to create a base. The platform is usually made of water hyacinth or any other greeneries with similar characteristics.

To plant the crops, the farmers put the seeds inside special sphere made with a mixture of coconut husks, leaves, and other parts of plants. The sphere will act as the protector of the seeds underwater, and as the very first media to grow.

“It is very environmentally friendly. All the necessary inputs and resources are natural, and it does not create any waste or byproduct which can impact the environment negatively,” Fahmida Akter, senior researcher at the James P Grant School of Public Health at Brac University in Dhaka, said to Euronews.

The Hydroponic Excellence of Bangladesh Farmers 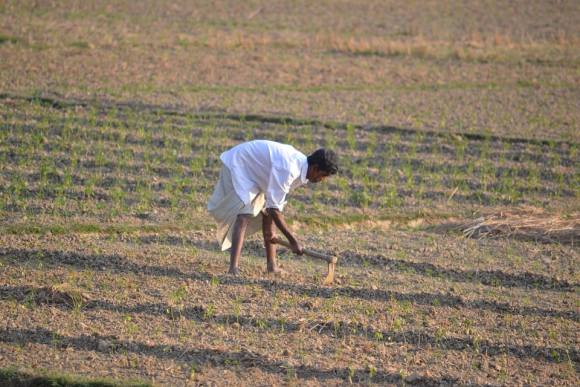 The floating platform is directly used a media to plant crops without the need of soil on top of it. So where do the plants get the nutrients, they need to grow? The answer is from rotting and decomposing parts of the floating raft.

This way, the farm can even adapt to Noah’s flood because its life doesn’t depend on the presence of soil. Additionally, this platform can be built up to 50 meters long which mean it can support almost as many crops as traditional farm.

What’s excellent about this practice is, the cycle of life keeps on running at any time of the year and in any condition. Even when the flood ends, the floating raft made of plants will come down and break into little pieces of organic matters.

The pieces will then mix itself with the soil to become natural compost that the farmers can use to plant fast-growers like cauliflower and tomatoes. It is incredible that not only dhap can prevent economic breakdown in the flooded area, but it even gives another benefit of fertilizing the soil.

Another commend came from Haseeb Md. Irfanullah, former head of disaster risk reduction and climate change program for Practical Action in Bangladesh, who in his paper said: “Development agencies are too mesmerized by the sheer simplicity and buoyancy of this agro-technique.”

The thing about this floating farm is, it can save the life of hundreds of thousands of people in the country. Previously, flood had forced more than 300,000 people and destroyed more than 160,000 hectares of cropland.

Our carbon consumption is the biggest problem with that, accompanied by cutting down the trees. As a result, not only in Bangladesh, such kind of thing happen worldwide. The dhap used in Bangladesh can become a good example on how to adapt to changing climate.

Without overlooking about the progress that’s currently happening, learning about dhap may become a good way to prepare for the worst. Let alone when according to a prediction by experts, 20% of the country would become underwater by 2050.

“We are focused here on adaptive change for people who are victims of climate change, but who did not cause climate change. There’s no ambiguity about it: Bangladesh didn’t cause the carbon problem, and yet it is already experiencing the effects of climate change,” said Craig Jenkins of Ohio State University.