You are here: Home / The Species / Psychologists Say that Slow Blink Can Make Cats Like You More

I like cats so much that I’ll do many things to make them like me back. Yeah, I’m borderline crazy cat lady, don’t judge please. I’ve tried a lot of things to make cats come to me, like giving them treats and food. They all end up liking me because I give food instead of genuine affection, though.

Can you imagine what my reaction is like when I found out that slow blinking cats is enough?

Psychologists at the Universities of Sussex and Portsmouth have discovered the art of building a bond with cats. Why didn’t they find this out long, long time ago?

Since I’m a cat person, of course I know about slow blinks and I do that to my fur babies. I just didn’t know that we can do this to unowned, stray, friendly cats that are not ours.

Published online in the Nature Journal Scientific Reports, the study has shown for the first time that it’s possible to bond with any cat. The technique is simply narrowing our eyes to them.

When we blink at cats (eye narrow), human generates something known as a cat smile aka slow blink. That makes us more attractive to cats, apparently.

The first revealed that cats are are more likely slow blink at their owners after they’ve slow blinked first compared to when they don’t do a thing.

I can vouch for that. My oldest cat does that to me all the time even though she’s not the cuddly type. The youngest, though, not so much. I don’t know if it’s because of her cerebellar hypoplasia, hyperactivity, or what.

In the second experiment, it was with a researcher from the team rather than the owner. They found that the cats were more likely to approach experimenter’s outstretched hand after preceding slow blink, compared to experimenter’s neutral expression.

Just sayin’, if I were the experimenter, I wouldn’t be able to resist not slow blinking at the cats. But anyways.

After two experiments, the study shows that slow blinking can provide a form of positive communication and connection between cats and humans. 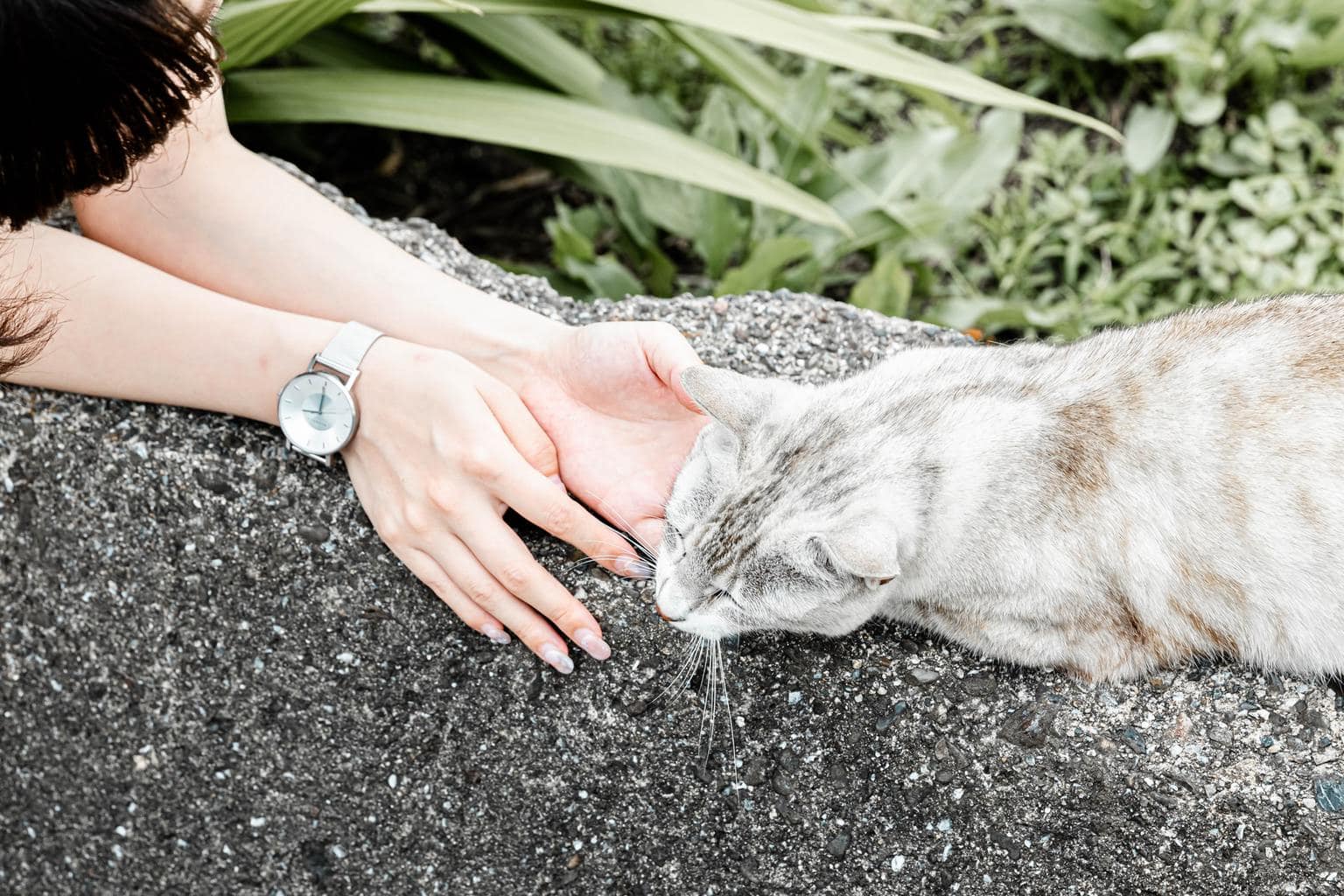 How it went specifically

Exploring the significance of the slow blink in cat-human interaction took two experiments, as mentioned. The first one included a total of 21 cats from 14 different households.

Fourteen different owners participated in experiment; ten cats were male and 11 were female. All of them were around 0.45-16 years. Experiments took place in each cat’s home.

Psychologist in this study advised the cat’s owner on how to slow blink. Once the cat had settled down in one place, the psychologist asked the owner to either sit approximately 1 m away from the cat. Slow blinking followed.

Second experiment included a total of 24 additional cats, both female and male (12 each) ranging from about 1-17 years old. In the final analyses, the cats were from 8 different households.

In this experiment, the researcher who was unfamiliar to the cat either slow blinked at the cat or adopted a neutral face without direct eye contact.

With this, the experiment also tested which context the cats preferred to approach the unfamiliar experimenter. The experimenter offered the cat a flat hand with palm faced upwards whilst sat or crouched directly opposite the cat.

All experiments have video recordings. I wish they made it public. The study itself is open access, but I can’t see the recording there.

The study discovered that:

Domestic felines were more likely to slow blink at their owners if the latter had slow blinked at them. When the owner was present in the room but not doing the eye-narrowing stimulus, the cats are less likely to do that.

Unfamiliar experimenter would likely get the same treatment if they slow blinked at them firstly. Cats more likely ignore neutral expressions of the experimenter.

These cuddly bunch preferred to approach an experimenter after they had slow blinked first. With neutral expressions, cats became more hesitant to make a move.

Karen McComb, a professor who supervised the work said, “As someone who has both studied animal behaviour and is a cat owner, it’s great to be able to show that cats and humans can communicate in this way.

It’s something that many cat owners had already suspected, so it’s exciting to have found evidence for it. This study is the first to experimentally investigate the role of slow blinking in cat-human communication.

And it is something you can try yourself with your own cat at home, or with cats you meet in the street. It’s a great way of enhancing the bond you have with cats.

Try narrowing your eyes at them as you would in a relaxed smile, followed by closing your eyes for a couple of seconds. You’ll find they respond in the same way themselves and you can start a sort of conversation.” 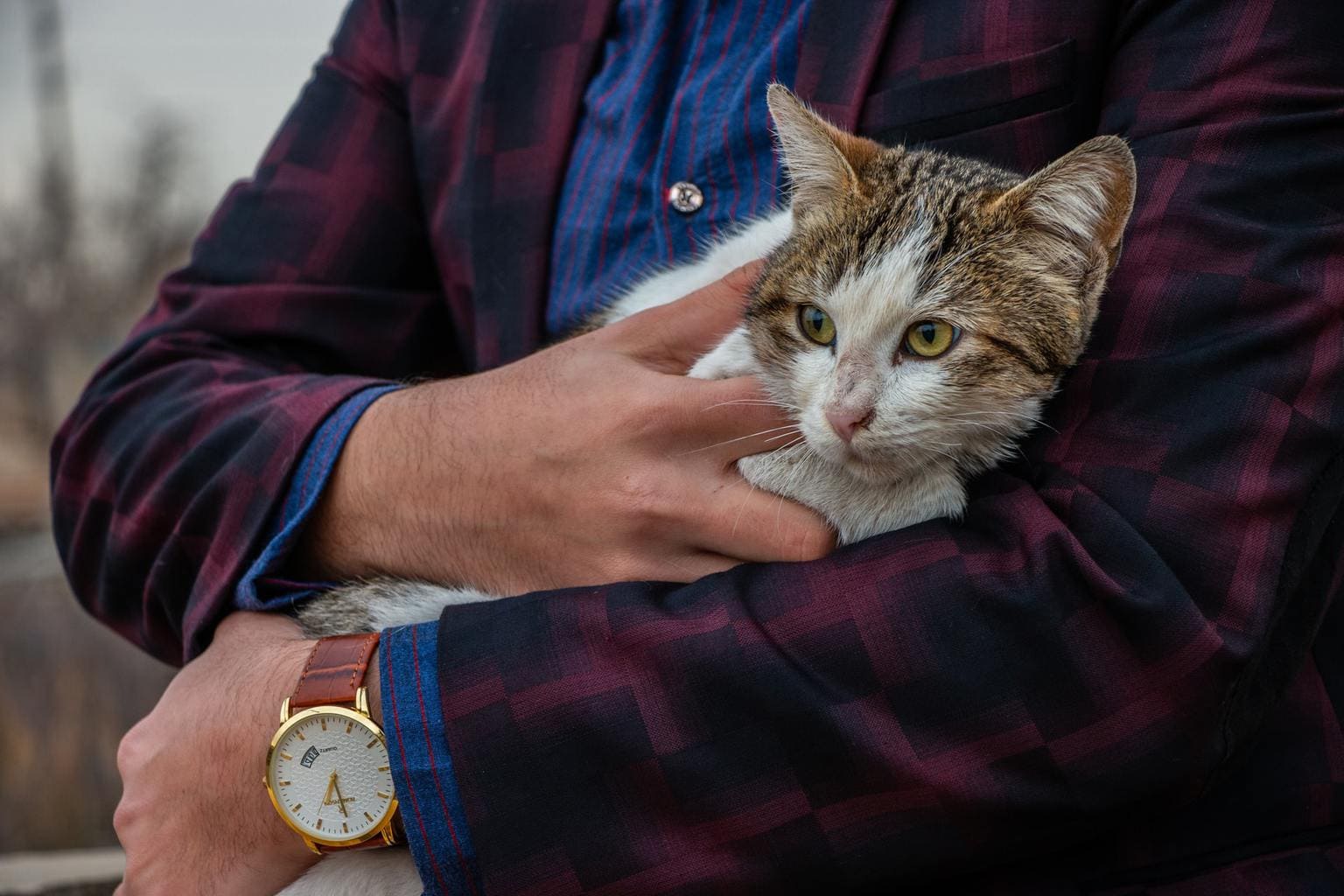 First author Dr Tasmin Humphrey said, “Understanding positive ways in which cats and humans interact can enhance public understanding of cats, improve feline welfare, and tell us more about the socio-cognitive abilities of this under-studied species.

“Our findings could potentially be used to assess the welfare of cats in a variety of settings, including veterinary practices and shelters.

“In terms of why cats behave in this way, it could be argued that cats developed the slow blink behaviours because humans perceived slow blinking as positive.

“Cats may have learned that humans reward them for responding to slow blinking. It is also possible that slow blinking in cats began as a way to interrupt an unbroken stare, which is potentially threatening in social interaction.”

Co-supervisor of the work Dr Leanne Proops added, “t’s definitely not easy to study natural cat behaviour so these results provide a rare insight in to the world of cat-human communication.”

In the new paper, the authors provide context for their findings. We’ve got more studies on dogs’ behavior but not felines. Although, there are some things that we already know of.

For example, it’s a common knowledge now that cats can attract and manipulate human attention through ‘solicitation purring’ or meows. My oldest cat keeps using sad meows to get treats because it’s effective—that kind of meow moves me.

Cats can also discriminate their names from other words. They know somebody’s calling them even when they’re unfamiliar. It’s just that they choose to ignore it more often than not.

Additionally, cats may be sensitive to human emotional cues. They may rub or butt their heads against an owner who feels sad. Well sadly, my cats are not like this. They only know my emotional cues when I’m annoyed at them and they know they’ve done something wrong (e.g., knocking off flower pots).

Now then, we can attract cats more easily now. Just keep blinking slowly at them and outstretch our hands!