You are here: Home / Eureka Green / We are Getting Closer to Saving Sea Turtle Population With This Device

Sea turtles are facing a lot of problems right now. Plastic pollution makes them eat plastic bags, oil spills damage them, they frequently got tangled in nets, irresponsible tourists make them cancel laying eggs, and even if they did lay eggs, poachers are lurking to get their eggs.

Sarah Otterstrom, executive director of Paso Pacifico believed that poaching is the key problem to sea turtle’s extinction, “We know from demographic models that there will never be a recovery if we don’t address the loss at sea turtle nests in beaches.”

Despite every attempt to stop illegal turtle eggs exploitation, poachers still succeed in obtaining them. Poachers act really quickly in order to avoid being caught, and sometimes they take those eggs as the turtles are laying them.

“Outside of those beaches, pretty much all the eggs are stolen,” Otterstrom said. “We realized that even though our program has worked well on the beaches where we’ve worked, we’ll never have enough resources to protect all the beaches that need protection.”

There was even an extreme case of poaching. In Costa Rica 2013, a turtle conservationist was murdered when he was guarding the nests of leatherback, a unique and nearly endangered species of sea turtle.

Why do they keep poaching you might ask? Well, when there’s a demand then there’s a supply. Turtle eggs are considered a delicacy. People often eat them raw with condiments. It’s also well known to be an aphrodisiac, so the eggs are attraction. I’m not going to lie, when I was a kid my mother gave me one, and it was disgusting (I can’t forget how it felt when it slid in my throat, ugh). I don’t know why people like it. But I digress.

So, because all of those efforts have not yet really succeeded, a Nicaragua-based conservationist group called Paso Pacifico (the group works to protect biodiversity in Central America) developed fake sea turtle eggs. They’re equipped with tracking devices (GPS) to discover illegal trade routes so that poaching is preventable in the future.

The eggs, called InvestEGGator (thumbs up for the wordplay there), are realistic in looks and feels. They blend effortlessly with other eggs and won’t feel weird (too rigid or too soft) to touch. When they’re nestled around other eggs, the poachers are guaranteed to not discover which is which.

If the attempt is successful, Paso Pacifico will share the tracking data they collect to law enforcement agencies. For now, the group doesn’t aim to catch individual poachers, they’re targeting the system. Where do the eggs go in black market?

Kim Williams-Guillen, the director of conservation science at Paso Pacifico argued that taking out one major player could have a huge impact. Law enforcement is going to find a way to tackle the issue with the right solution.

The data itself can be used to help government enforce anti-poaching laws. If the eggs are shown to be crossing borders and violating international treaties, then it will be easier to enforce those laws. Even if the government ignored the data, then it could be used for educational campaigns.

How the eggs are made

The making of InvestEGGator begins when Paso Pacfico was awarded a large sum of money by USAID’s Wildlife Crime Tech Challenge. The event aims to encourage groups to develop technology solution to end wildlife exploitation.

There are few attempts to reach the final design of the tracking eggs. In the final prototype design, the group is using 3D printer, making it easier to replicate the shape of a sea turtle egg. Then, to make it more realistic, the eggs are ‘made up’ by Hollywood’s special effects artist.

The artist then painted the eggs and perfected the texture to make the egg look realistic just like real green turtle eggs. Then, the eggs are inserted a lightweight GPS tracker, SIM card and power pack. Then, they’re sealed with a waterproof silicon as protection. When the making is done, the egg is dumped among 100 freshly laid eggs. 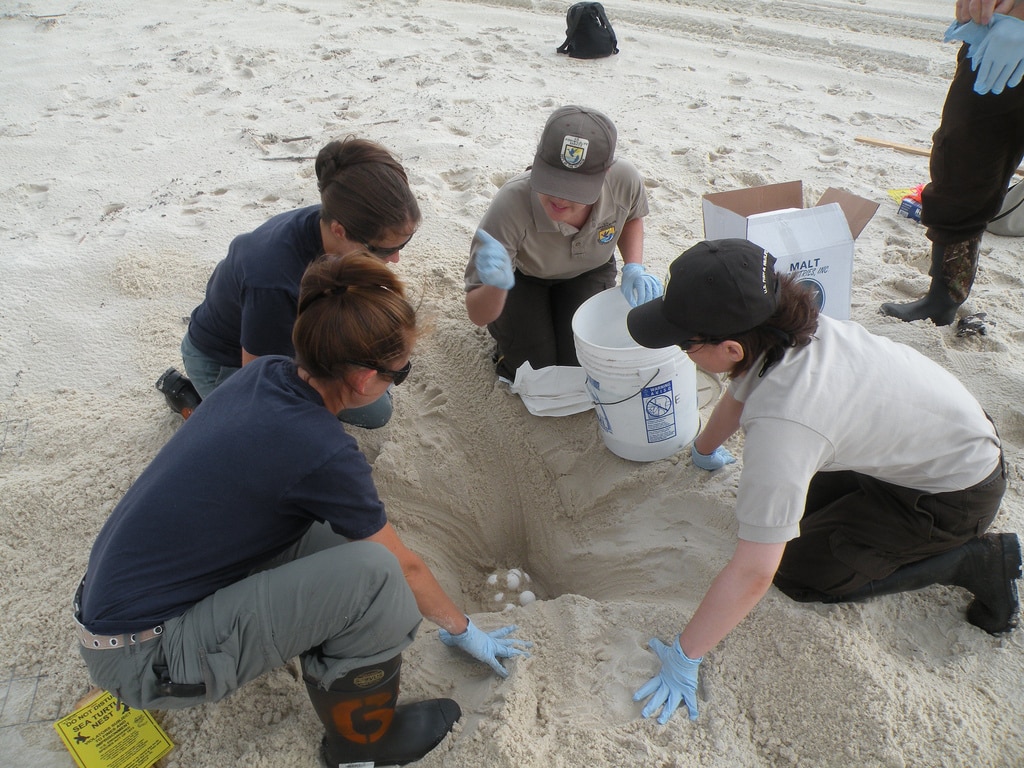 Otterstrom said, “The advantage there is that you add one more egg that looks the same, and it has the same color, and it’s just mixed in 100 eggs with sand and mucus from the turtles–it’s very difficult to detect in that type of situation.”

In the first trial, however, some eggs didn’t work as expected. The group put the tracking eggs in 44 different nests. Some might have ended up in local area, where cell phone reception wasn’t strong enough to follow the GPS signal. 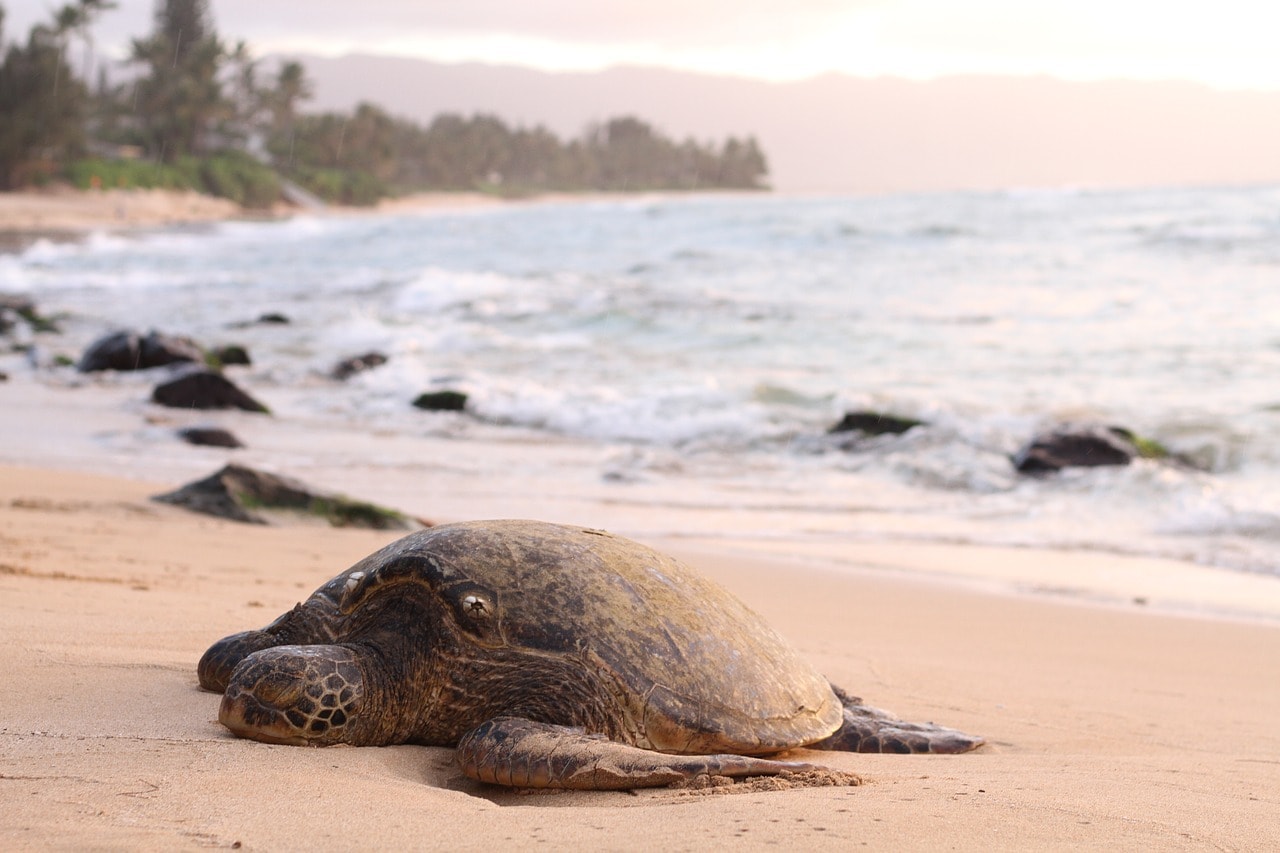 But fortunately, other eggs revealed a clear route from the beach. So even though the eggs don’t always work well in its first trial, this proved that poachers unknowingly carried the fake eggs with them, and the egg’s final design is effective.

“Our goal right now is actually focused on the business model of the project and how to bring it to scale,” said Otterstrom. 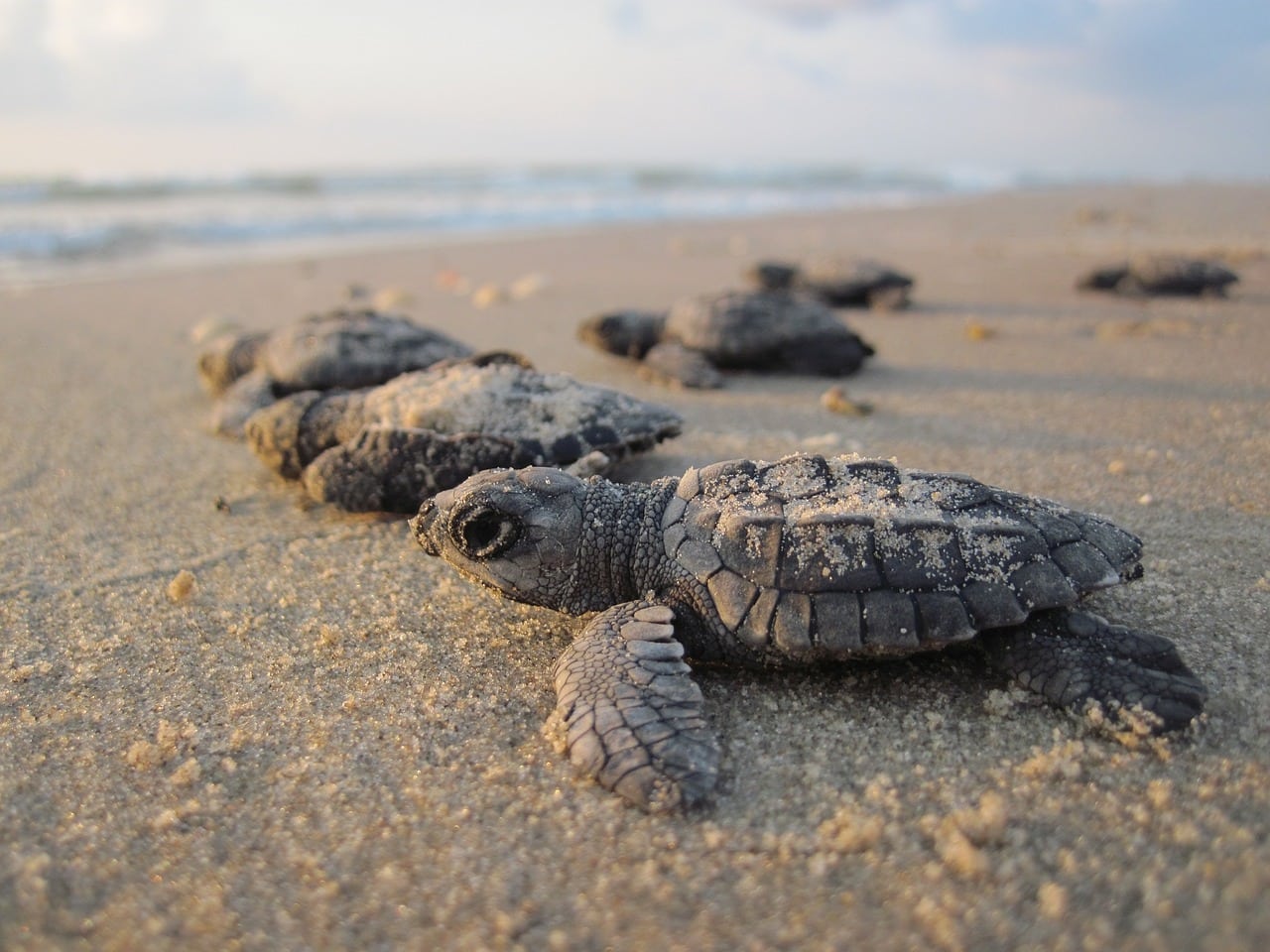 Now, what if you want to help sea turtles? Well, you can always donate to nonprofit organizations focusing on animal (particularly sea turtle) welfare like in this post. But there are also other ways that you can do with these mediums.

It’s hard to take actions when you see an animal abuse right in front of you. You might get in deep trouble with the criminals. So when you want to report a crime but you want to remain anonymous, this is the place.

You can upload documents, video, and photo evidence to WildLeak’s website using an encrypted connection. Basically, you’re making the world a better place without the fear of getting caught by the malevolent side.

So far, WildLeaks has investigated anonymous cases about rhino horn in Cameroon, ivory in Hong Kong, and illegal trophy hunting in South Africa. Rest assured that your contribution will be assessed by this site.

You can also share news or articles about wildlife exploitation or poaching to this media. The site is initially built to track disease outbreak across the globe, but now you can also find wildlife crime.

There is an interactive map where you can find stories or upload articles to the map. Researchers use this site to pinpoint wildlife trade hotspots and target conservation resources. By pointing out a story on this site, you’re helping researchers to work on protecting wildlife.