I, for one, love coffee. But I understand the waste it creates and how there are many initiatives and developments trying to make coffee more environment-friendly. Well, probably this one is a good addition to those.

It all started when chemical engineering Ph.D. candidate at University of Saskatchewan Alivia Mukherjee began the journey. She investigated how spent coffee grounds can be used to reduce greenhouse gas emissions, and add value to an abundant Canadian waste product.

Being one of the most widely consumed drinks and sources of caffeine in the world, about 70% of Canadians likely have a cup just within 24 hours.

Mukherjee said, “One day sitting at a local Tim Hortons, I saw the employees were discarding the wastes in huge plastic bags.

“I began to brainstorm to understand how leftover organic material—spent coffee grounds from one of the biggest coffee chains in Canada—can be valorized to produce value-added products.”

Despite coming from an organic matter, coffee grounds (in a large amount) that end up in a landfill would produce methane. As we know, methane is more potent than carbon dioxide. Now, dcomposition is bound to happen, and when that happens in a large scale, it’d be rather problematic.

Therefore, Mukherjee and her research team wanted to be able to sustainably reuse and recycle organic waste products, namely coffee grounds. They didn’t want to see them in landfills.

And according to their findings, coffee ground waste is apparently a leftover substance with the potential to be able to serve as a trap for carbon dioxide. 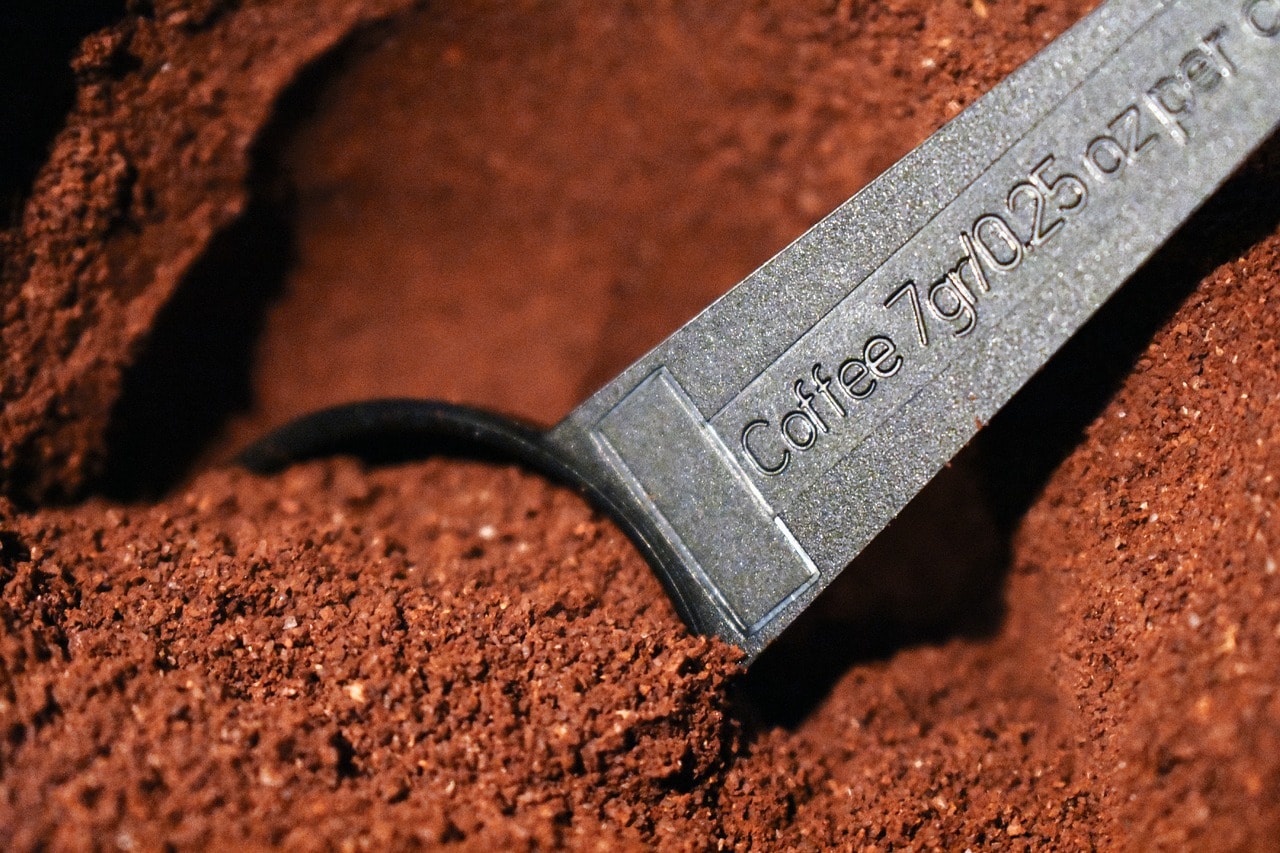 And when the team treated the waste in this manner, turns out the coffee grounds become more effective at storing carbon.

“With these findings, we can further tune the surface of the adsorbent to help improve the interaction with carbon dioxide in a post-combustion scenario,” Mukherjee said.

Mukherjee’s work can be applied to the concept of carbon capture and storage. Because, this carbon emission reduction technique focuses on trapping the emissions before they are released into the atmosphere. That process then prevents the waste from contributing to global warming.

Will it still stimulate economy?

One of the many reasons of how hard it is to apply and use eco-friendly developments is how it would affect economy and its growth. According to the team, this discovery could serve as an example of a possible solution.

“I believe it will excite the public [to] know that drinking coffee is not only limited to as an everyday pleasure that contributes towards the economy, but also the waste generated from consuming it can have a significant impact on the environment,” Mukherjee said.

Per Mukherjee’s estimates, the physically altered coffee ground waste that results from the thermal treatment could be sold for up to two dollars per pound. That can then be used in high carbon emissive industries. 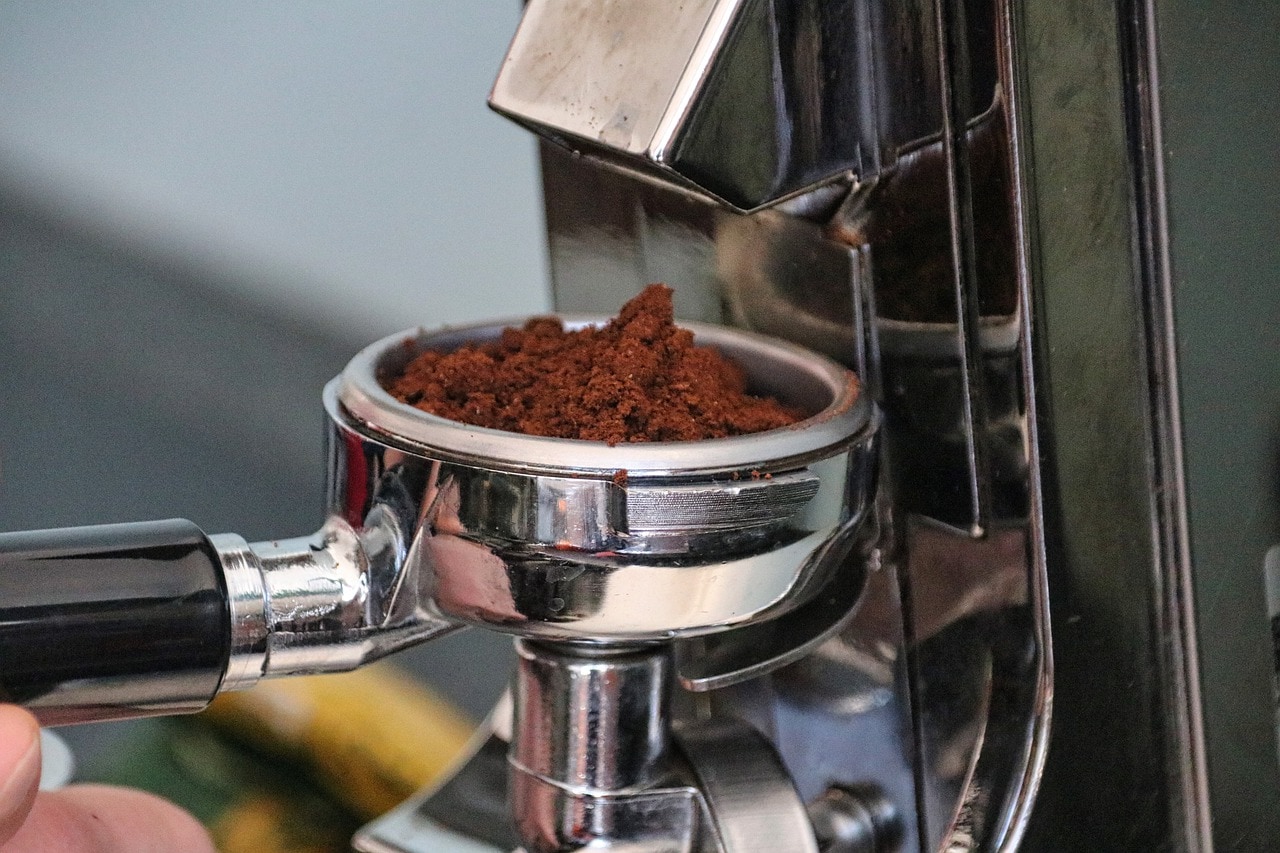 Mukherjee also said one of the benefits of the process is that it can be easily retrofitted to existing industries to help reduce carbon emissions, such as power and chemical plants.

“The unique element of my research lies in the fact that I am exploiting waste generated from the coffee industry that is not only abundant and cheap but also comes with attractive inherent physical and chemical traits.

“Additionally, the findings can be used to valorize the organic fractions in tea waste,” Mukherjee said.

So what’s next? Well, the research will further investigate methods to make the process cheaper and more efficient for industries to implement in their operations.

‘Cause I mean, isn’t that what many companies look for the most? Cost-effective solutions while at the same time doing good to the environment?

On the other hand, Mukherjee wants to be a climate scientist and tackle the many problems of global warming.

“When I see that my words impact and touch so many lives, I feel motivated. I feel galvanized knowing that it could contribute to some extent to control climate change,” she said.

Not only lab-grown meat, but also lab-grown coffee in the future? 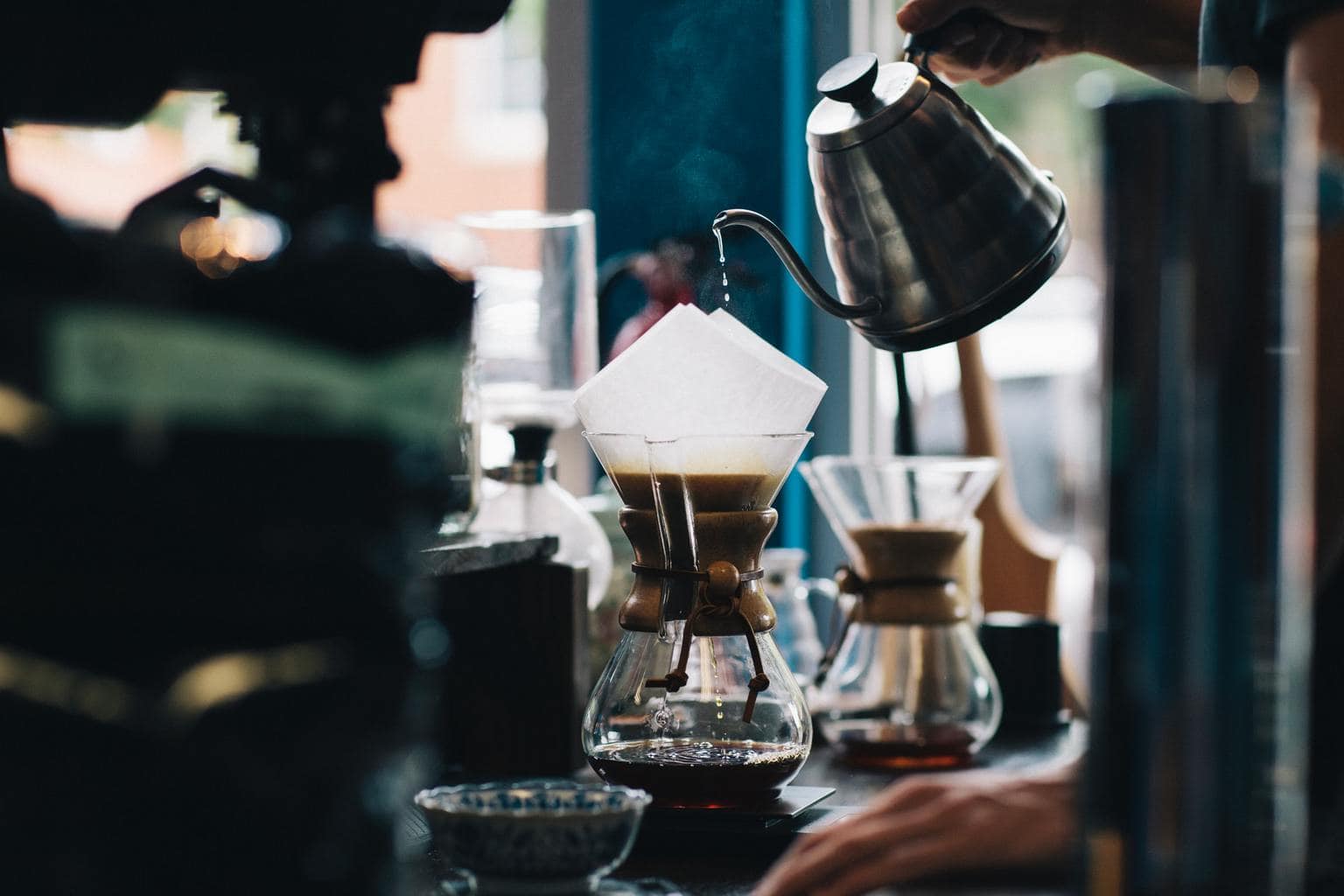 There won’t be a sudden plunge of coffee demand any time soon—if anything, it’s gonna increase even more. Well, unfortunately, that may lead to the expansion of farming lands, meaning deforestation. And that’s just one of the many problems.

We know that there’s been a lot of development in lab-grown meat to be more eco conscious, and we might enjoy this type of meat in the future instead of the real one. Now, if there’s lab-grown meat, why can’t there be lab-grown coffee?

Researchers at Technical Research Center (VTT) in Finland used a bioreactor designed for cellular agriculture. And, they brewed a batch from cultured cells derived from the leaves of coffee plants for the first time.

“In terms of smell and taste, our trained sensory panel and analytical examination found the profile of the brew to bear similarity to ordinary coffee,” said lead researcher Heiko Rischer.

“However, coffee making is an art and involves iterative optimization under the supervision of specialists with dedicated equipment. Our work marks the basis for such work.”

Coffee is the third most consumed drink worldwide, and Finland is a country that consumes the most coffee per capita in the world. The current and upcoming global demand would make it difficult for coffee farmers.

For now, there’s about 22 billion pounds of coffee produced each year. Coffee growers also keep getting pressured to be more responsible to the environment due to the many deforestations to make way to increased agriculture.

This lab-grown coffee may be good news for the coffee industry and also our Earth. 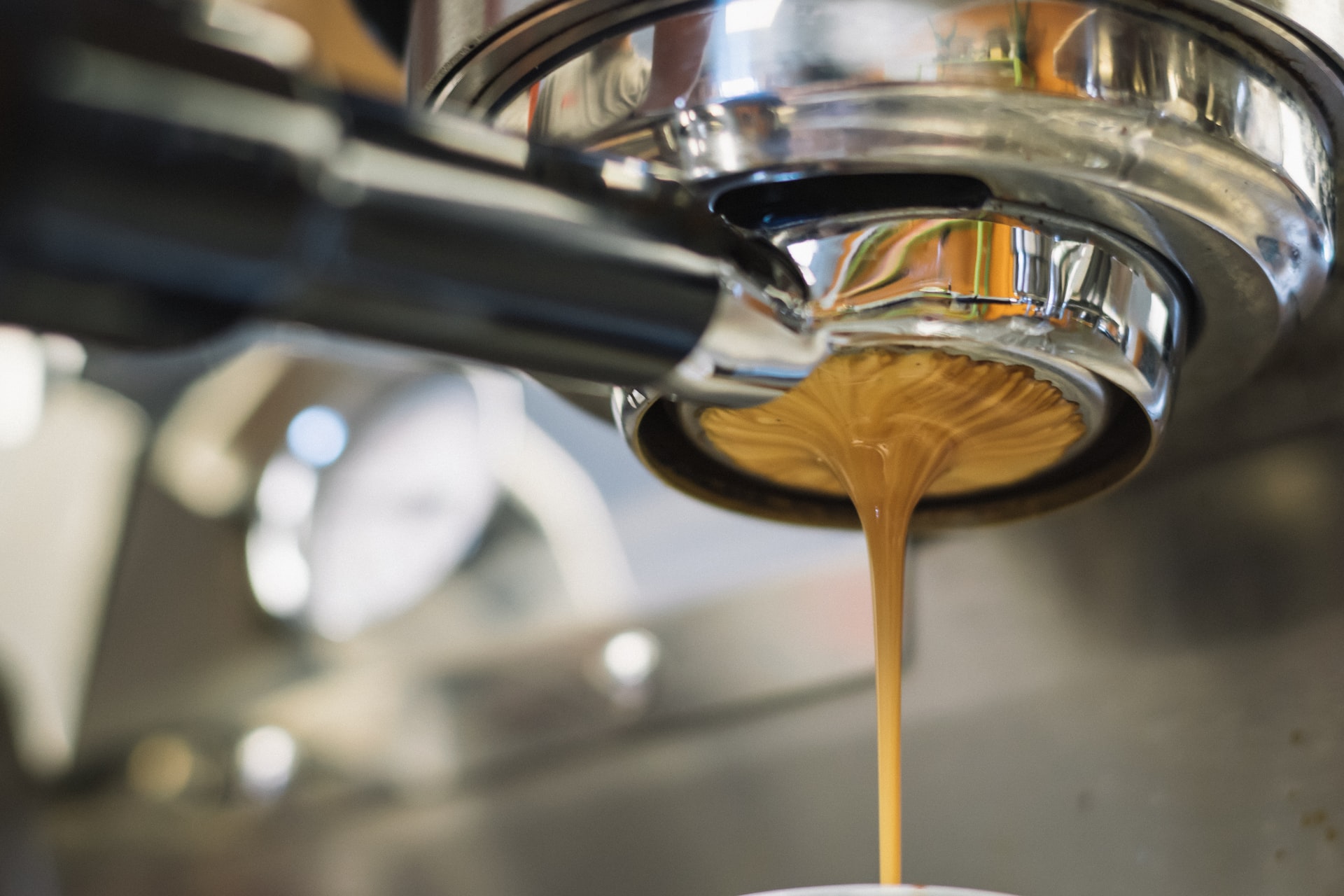 No need to expand agriculture anymore

According to the researchers, this innovation will help make coffee production more sustainable by eliminating the need for expanded agriculture.

“The idea is to use biotechnology rather than conventional farming for the production of food and therefore provide alternative routes which are less dependent on unsustainable practices.

“For example, these solutions have a lower water footprint and less transport is needed due to local production. There isn’t any seasonal dependency or the need for pesticides either,” Rischer said

Rischer and his team cultured coffee cells and got them to grow in media, then dried and roasted the results before testing it for taste and smell. This process is actually not too dissimilar to make lab-grown dairy, egg, and meat.

“The experience of drinking the very first cup was exciting. I estimate we are only four years away from ramping up production and having regulatory approval in place. Growing plant cells requires specific expertise when it is time to scale and optimize the process.

“Downstream processing and product formulation together with regulatory approval and market introduction are additional steps on the way to a commercial product. That said, we have now proved that lab-grown coffee can be a reality,” said Rischer in a statement.

Ensuring the taste so that this coffee is going to have a positive response from future consumers, the team did a taste test with a sensory panel. The team included several varieties of coffee produced by bioreactor.

According to Rischer, the dark roast is the most delicious.