You are here: Home / Eureka Green / Coffee Husk is an Affordable Housing Material of the Future

A construction company from Colombia has made an innovation for local communities. It’s an eco-friendly, low-income housing made from waste: coffee husks.

The company, called Woodpecker WPC, turns husks and other waste from coffee production process into prefabricated blocks used for construction.

Coffee husks are a natural material around coffee beans that comes off during the beans roasting. They’re usually considered waste and simply dumped in piles.

In small scale, they may become good compost, but if it’s in an industrial scale, they can release methane—which is not good.

Woodpecker WPC, fortunately, has found a new use for them. They combine the husks with recycled plastic (hence the name WPC—wood composite material).

When the husks become blocks, they can be assembled into homes without the need of particular training or tools. It’s almost like building an IKEA house but with environment-friendly materials.

Also, due to their lightweight nature one can transport the materials (and houses) more easily. It’s especially important in rural and less-accessible areas where they need infrastructure the most.

“We saw that there was a huge necessity for a lightweight construction system for housing and classrooms in rural and isolated places where traditional construction systems cannot go—like bricks, cement, and concrete,” said CEO Alejandro Franco.

One can carry or move the kits using almost all types of transportation like helicopter, boat, or even the back of a donkey.

Coffee husk vs other materials

The company has tried combining different natural fibers, from sawdust and rice to grass and palm fiber, with different types of recycled plastic. But they settled with coffee husks instead.

“Coffee husk was selected because it’s stronger and drier than the other fibers,” said Franco. Other than that, coffee is a well-known commodity in Colombia.

This country is one of the largest coffee-producing countries in the world, so the husks are widely available and abundant. The final material is fireproof, durable, and resists insects.

Pick up the pieces and build a coffee husk Lego house

And as mentioned, one doesn’t need special knowledge or training to assemble the housing kit. The company does build most homes, but some other people prefer to DIY their houses.

One’s going to get a steel frame and coffee husk boards that click together easily with minimal tools.

Additionally, each house costs as little as $4,500.

By designing each model of home to use as few parts as possible, and standard parts between different designs, the team helped keep costs low. The company can lower the costs further by producing materials at a large scale.

Because it’s easy to build, constructing the kits typically takes less than a week.

“They needed a fast solution and a lightweight construction system. We shipped a complete kit from our factory,” said Franco. The company donated two houses, and the army helped build them in five days.

Franco added, “The system worked perfectly considering that there was no energy supply, the soil was muddy, the airport damaged, no food, etcetera—all the problems that you can imagine.”

According to the Woodpecker WPC’s CEO, there are about 3,000 houses and 20 schools built using this technique so far.

Recently, the company has helped build 680 climate-adaptable homes in the Upper Guajira region of Colombia for the indigenous Wayuu community.

Due to climate change, this region has been suffering from devastating droughts in recent years.

“We think our houses are an excellent solution for the housing crisis there. It has been proven already,” said Franco. 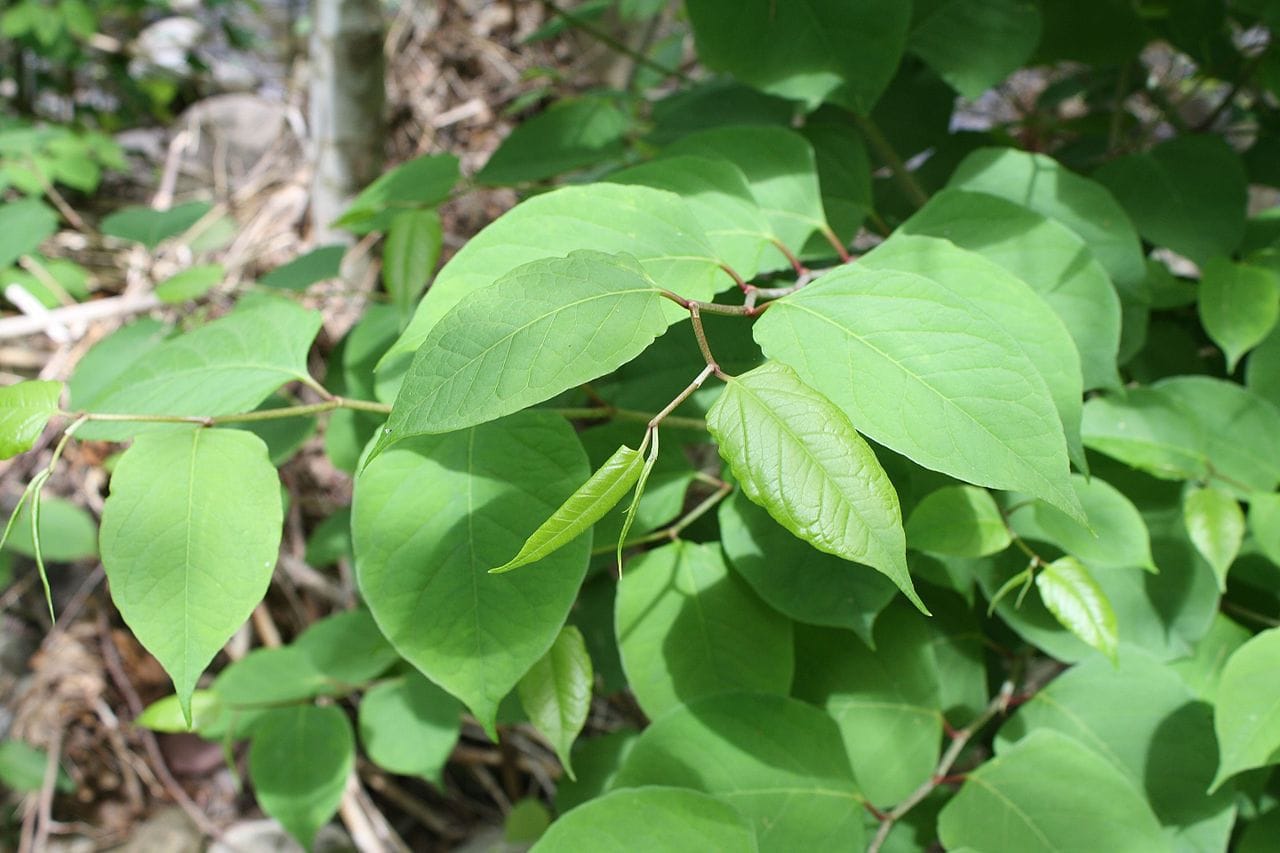 Brigitte Kock and Irene Roca Moracia, graduates from Central Saint Martins, have together made concrete-like tiles that can turn invasive species into something a lot better.

The researchers refer to this material as bio-concrete. It’s made from Japanese knotweed and shells from American signal crayfish.

Now, crayfish and some other crustaceans (particularly their waste) have been turned into bioplastic. This time, they can become something stronger.

That two species have been causing the most ecological and economic damage in the UK. Kock and Moracia hoped that by adding value to them, they can incentivize their removal and help restore local biodiversity.

“The harvested material is incinerated, buried or trashed. We want to stop this waste. We do not want to create a new industry around this product but to relocate the waste the current system is producing.”

Invasive species are among the top five threats to biodiversity worldwide, and the researchers settled on the two.

Japanese knotweed reached the UK in the 1800s, probably with the intention of introducing exotic plants. However, it has no natural enemies in the country.

We all know when a species has no enemies: they can go bonkers.

This species particularly can grow through concrete, compromising the structural integrity of buildings and roads, and overwhelm other plants to damage ecosystems.

Similar thing happened to the invasive, non-native crayfish. Since they reached the UK in the 1970s, American signal crayfish have thrived a bit too well and have been relentlessly decimating the native population.

They do that by burrowing into river and canal banks, which has changed local water quality, and can lead to floods and infrastructure collapses.

The researchers were able to source both species from specialist removal companies. Then they combined them using a recipe based on the volcanic ash concrete developed by the ancient Romans.

“We have followed their principles and created a bio concrete with different recipe variations,” said Moracia.

After removal, the knotweed gets incinerated—and then acts as the ash binder. On the other hand, pulverized crayfish shells are used as the aggregate instead of the traditional rocks or sand.

Then, the researchers combined them with water and gelatin. These ingredients make a strong, homogenous material that cures and hardens without the need for added heat or synthetic coloring.

Moracia said, “”We have played with the percentages and ratios to obtain really strong results. The final colours and textures depend on the curing time and the aggregate’s chemical reactions with the binder and the water.”

What’s interesting is that through adjusting these variables, the material can take on a range of different finishes. The researchers can replicate raw concrete or the delicate veining of stone or marble. 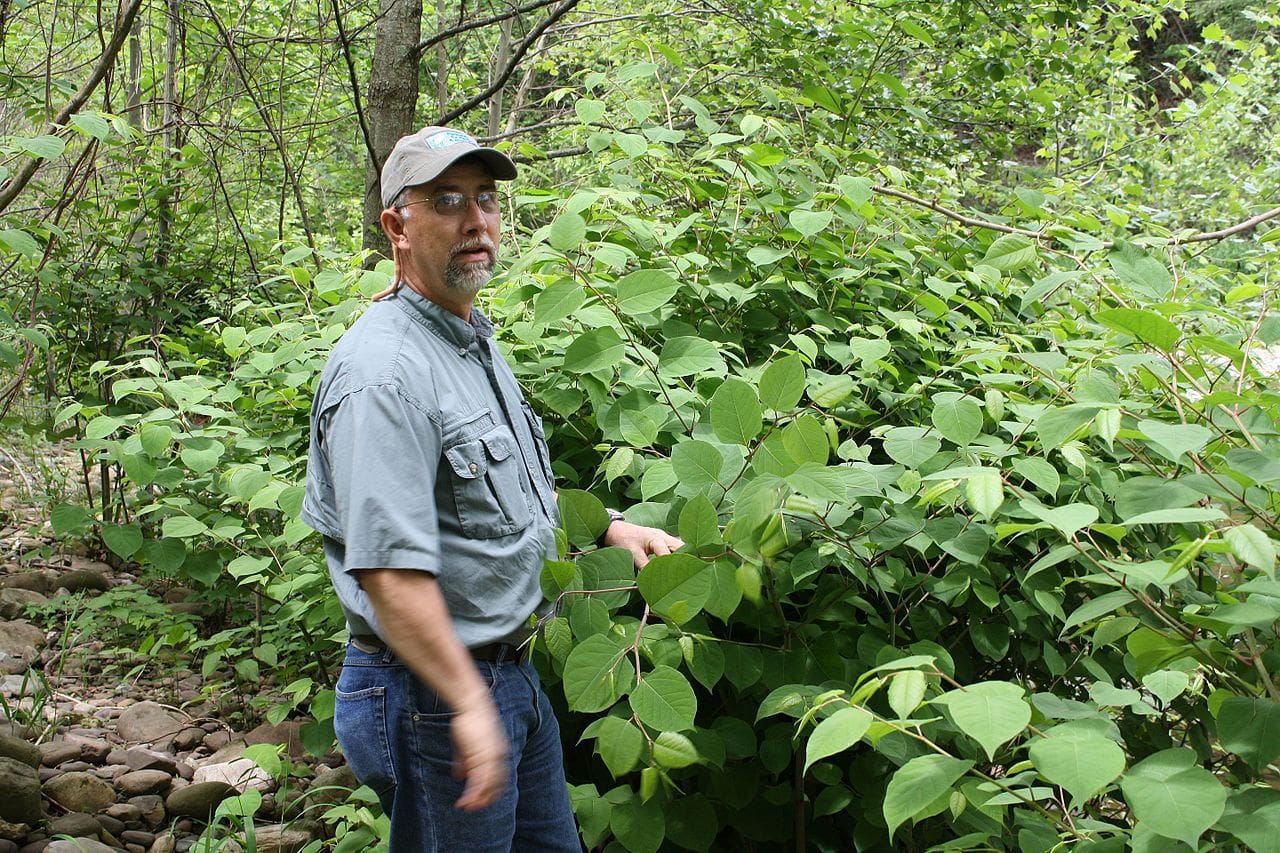 Moreover, the colors can vary from a pale, minty green to a deep burgundy color. They depend on how the researchers prepared the raw materials.

The green is created by firing the crayfish shell while the burgundy develops in the curing process by adding pieces of raw knotweed root in the ash.

The future of this bio-concrete

For now, the researchers said that this project is still in its infancy. it’s gonna take a while, meaning years of work, to create a standardized product.

The current but crucial hurdle is that building regulations and rules. In order to allow this new material for commercial use, there need to be a change around the disposal of invasive species.

In the UK, currently invasive species are labelled as hazardous waste once they are removed, making it difficult to repurpose them as raw materials.

“We want to showcase the absurdity of the classification and disposal rules here in the UK that do not allow anything to be done with those species after they are treated and sealed in bags, while you can easily order those byproducts online and import them from China for example.

“Rather than having them labelled as hazardous waste, we wanted to integrate them into a production process so that they create economic as well as ecological gain,” said Moracia.