You are here: Home / Eureka Green / There Are People Collecting Waste In Everest During This Pandemic

Climbing mount Everest is absolutely stapled in the very bottom of every single mountain lover’s bucket list. Not only because it is the highest peak one can reach in this planet, but also because it is the most challenging mission in term of mountaineering.

To do that, we have to prepare a lot of things, including our mental, our physic, our money, and absolutely we have to prepare our logistics. The latter is the most problematic preparation, because without it we will not survive the harsh condition.

But on the other hand, logistic waste is also the biggest contributor to waste in Mount Everest area. The type of waste varies, starting from plastic wrap to oxygen cans. Today, there are tons of waste laying on the Mount Everest.

To respond this condition, a team of climbers spent two months to collect as much waste as possible. Here is a story to tell about them.

The Harsh Mountain To Climb

To start the story, it would be necessary to talk about how crowded is mount Everest in regular basis. Approximately, there are 800 climbers trying to reach the top of mount Everest every year. It means that there are more than 2 people a day.

But those people don’t come in line since there is high season and low season. At high season, like during spring, up to 500 climbers in one occasion can attempt to reach the top. Not all of them are able to reach the top, though.

To reach the top of Everest, it requires up to 40 days of extreme effort and survivability. There are 18 routes that can be chosen, but none of them guarantee 100% safety. It is all up to your mental & physical preparation, also your strength to go on.

Even though it requires ‘only’ 40 days to do the climbing, but the preparation and training can require months if not years. In addition to that, to do the mission, one must also bring professional guide to accompany them climb.

Seems like a lot of hard work, right? Maybe that’s why Everest climbers tend to pay not enough attention to their waste. Do you think that those hundreds of people visiting Everest every single year would dispose their garbage correctly? You are mistaken here. 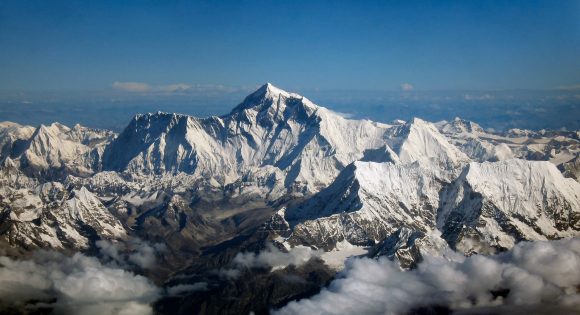 Every year, people climb Everest bringing the best preparation and logistic they have to survive its harsh condition. However, not everyone prepares to bring the waste of those logistics and preparation back down into their place.

National Geographic estimated that every single person climbing mount Everest would throw away around 8 kilograms of waste. That much waste is generated mostly during their acclimation and adjustment to altitude.

Empty oxygen canister is a common waste found there, along with ripped parts of climbing gears. Now, who is responsible for that amount of waste produced? The right answer should be the climbers, but fact has proven that we cannot rely on them too much.

“We can manage a huge amount of garbage if we involve the visitors,” Phinjo Sherpa, of the Eco Himal group told Reuters. If only tourists and climbers are requested to bring bag containing at least 1 kilogram of garbage, at least the condition will be better.

But that initiative takes time to implement. That’s why, to help ease the mountain’s burden from today, a team of Nepalese climbers decided to remove as much garbage as they can during this quiet season. Nowadays, not so many people are climbing Everest due to covid-19 pandemic and restrictions.

The Mission to Clean Everest 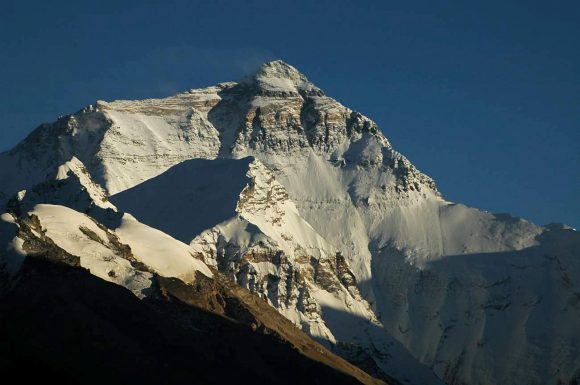 Of course, this is not the first Everest cleanup mission. There have been many other missions, but what the team conducted recently has been impactful. In total, they have brought down around 2.2 tons of trash from Everest.

“When we take away garbage from base camp or from a mountain, it must feel to the gods just like taking a thorn out of their finger,” Dawa Steven Sherpa, environmental activist who led the team of climbers spoke in a video.

What we are going to talk about is actually a miracle work. It has been around and done since September 2020, with the total 47 days have been spent by the team led by Dawa Steven Sherpa to clean around the base camp in Mount Everest.

What’s done by Dawa and team is incredible looking on the scale of cleanup they did. In 2019, Nepalese authority successfully brought down 11 tons of waste and 4 bodies of climbers in two-months cleanup mission. But it included a lot more people and with bigger support of resources.

Dawa’s Mission is also not going to be the last, since Nepalese government is planning to conduct military-driven cleanup that involves 43 climbers starting from 13 April to 5 June. It plans to bring down at least 35 tons of waste from the mountain.

“There will be 43 climbers from the Nepali army along with Sherpa mountaineers and other guides,” brigadier-general Shanttosh Ballave Poudyal told press. “The cleaning will be done in the base and above in all the mountains.”

Nepal’s tourism-driven economy depends greatly on the presence of 8 out of 14 world’s highest mountains in their area. That’s why, keeping those mountains clean is important for the country. It is so important for them that they even willingly spend almost one million euros for the mission.

Microplastic Found In Everest Summit Proves That It Is Everywhere

Did You Know? A Google Chrome Extension Removed Ocean Plastics