You are here: Home / Eureka Green / Should We Talk About Dandelion Tyres? Yes, of Course

Do you still remember the time when we blew its fluffy seed head so that every single seed floated in the red afternoon sky like? Mostly known as part of our childhood memories, dandelion is surely one of the most nostalgic plants ever.

The plant most famous of its windborne white seeds is known to be part of many civilizations across the globe. In fact, the plant has been used for various purposes by humans for much recorded history starting from food, medicine, and other uses.

How can such float-y and gentle white dandelion turn into rubbery and enduring black tyres? Let’s find out further about it.

The Origin of Dandelion Rubber 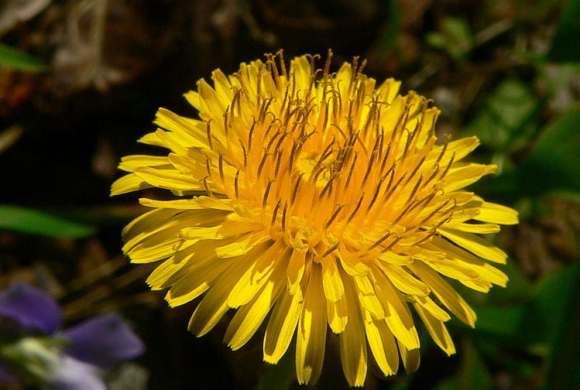 It might sound strange, but it is true. We are going to really talk about tyres made of dandelions, and the story should start from a research conducted by Soviet scientists in 1930s. The research concentrated on finding new natural source for rubber.

The findings would be used to help the USSR fulfill their own demands for rubber as they wanted to reduce their import from South America. After testing around 1000 species of plants and animals, their attention was drawn to the white substance in Russian dandelion roots.

That white substance is apparently similar to natural rubber from rubber plant’s sap. This discovery took place after researchers at that time scoured every single corner of Soviet Union land, and finally a plant in the steppes of Kazakhstan showed its capability.

As soon as possible, the finding was responded by the government and industries and giving its significance to the country by 1940s. By that time, around 30% of USSR’s rubber consumption came from dandelions.

Apparently, the way Russia handled their rubber consumption by developing new kind of rubber inspired other countries to imitate the technology. United States of America, Germany, and Britain all tried to cultivate the same species of dandelion to cover their needs for rubber too. But the trend didn’t last long.

Back to Dirty Rubber 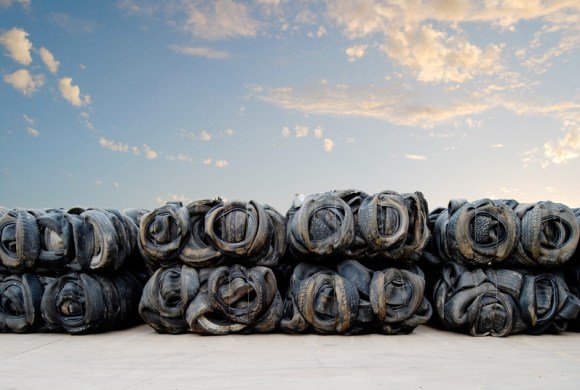 The era of dandelion rubber happened during the World War 2, and it was a particularly short period of green rubber. By the time the war was over, nobody decided to continue using the dandelion rubber, because it was more expensive than Hevea tree, or rubber tree, rubber.

However, nowadays, the Hevea tree rubber is also not the most favorite kind of rubber. There is one kind of rubber that most industry love because of its price, but most environmentalists would condemn because it is ‘dirty’ rubber.

This rubber is derived from fossil fuel, and nowadays it conquers around 65% of global rubber market. 70% of that amount of rubber actually goes to tyre industry, making it one of the ‘dirtiest’ industries on the planet.

So, should we just ditch the fossil fuel rubber and go back to Havea rubber? Well, that’s just another case of ‘dirty’ rubber we need to talk about. Yes, even Havea rubber is pretty dirty if we look at how it was farmed.

Around 90% of world’s Havea consumption is supplied by Southeast Asian countries, whose Havea plantations have been linked to deforestation. Even tyre industry would think twice to use such kind of source for their products. 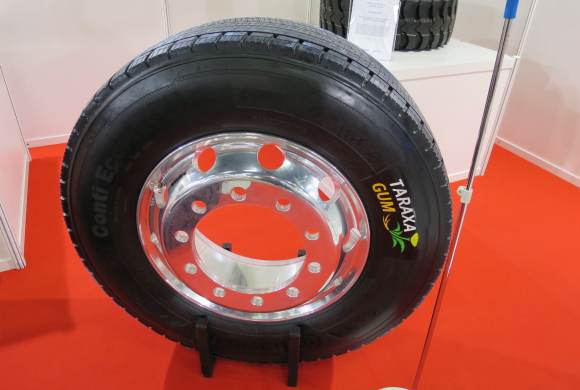 So now, let’s get into the good side of this article. To start with a kick, we would like to tell you that dandelion sap can be made into tyres. With almost similar process to what USSR did back then, the German tyre giant Continental is officially marketing dandelion tyres.

“Continental has reached an important milestone in its research project for the industrialization of dandelion rubber in tyre production,” the company stated. “This important step takes Continental even closer to reaching its goal of making tyre production more sustainable and less dependent from traditional raw materials.”

The company worked together with Fraunhofer Institute and developed biodegradable tyre that can be used for any kind of purpose, even as passenger car winter tyre. The plan is, the dandelion tyre is going to be mass produced in near future.

The company named the new kind of tyre as Taraxagum, which is derived from the botanical name of dandelion (taraxacum). Continental was so optimistic about the development of this dandelion tyre, because it has so many benefits compared to conventional rubber tyres.

Dandelion can grow fast and immediately be harvested for the substance, meaning they would hold more yields compared to Havea trees that require at least seven years before its first harvest. Dandelion are also tougher that rubber trees, including they can be grown well in poor soils.

Other Uses of Dandelion 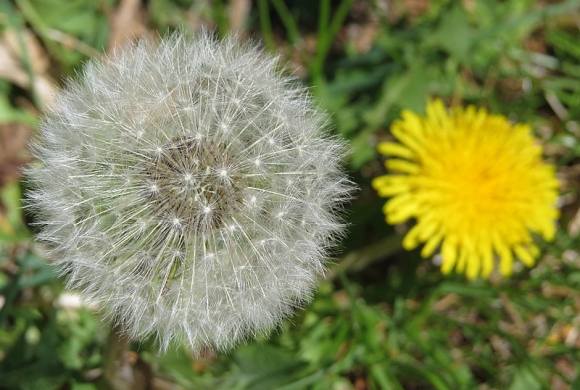 Dandelion, known to be wild flower by many people, is actually a kind of plant that can give us many benefits. Producing the white substance that we can use to make tyre is just on of them, while there are many other benefits that many have known of.

Not only that, dandelion has also been a part of many cuisines all around the world. In example, the dandelion leaves which is a good source of vitamins A, B, C, E, and K. The leaves can be eaten raw or cooked just like what you do to kale.

You can also use the flower to make wine, tea, infuse honey, oil, or vinegar. Make sure to only use the petals of the flower to do anything with it and do not include the green part. Apart from that, the roots of dandelion are known to be excellent source of fiber and can also be used to make tea.

Dandelion might have long been considered as weed with fluffy seed heads that can be blown away and give magical effects especially to kids. But behind the fluffy seed heads, they hide a lot of benefits that might be able shape our future. The first huge innovation might be dandelion tyres, so what’s next?