You are here: Home / Eureka Green / Did You Know? Pig Farming Can Be More Environment-Friendly Now

Pig farming industry in Japan, particularly in Okinawa, has earned appreciation and respect from its people. The reason being that this industry has a large effect on the island’s economy and culture.

Considering that the locals consume pork a lot, as found in many dishes in traditional restaurants, the number of pigs is average if not normal.

There is a drawback, though. Apart from the not-so-eco-friendly part of this industry, the odor is overwhelming, suffice to say.

Basically, pig farming has a smelly byproduct that nobody wants. Across Okinawa, large amounts of wastewater are produced by the farms.

But, researchers from the Biological Systems Unit at the Okinawa Institute of Science and Technology Graduate University (OIST) have developed something.

They’ve created a new system for treating this wastewater, which they’ve successfully tested on a local swine farm in Okinawa.

“In the one chamber, full strength swine wastewater is treated for the removal of odor, pathogens, and organic matter, whereas in the other chamber, excess nitrate and phosphate is removed from wastewater that has already been treated through the traditional aeration system.

“To the best of our knowledge, this is the first system to successfully treat two different types of wastewater at the same time.”

Farmers still utilize traditional aeration system. It mainly treats organic matter in the wastewater and also converts the ammonium present to nitrate but does not treat the nitrate further.

In Japan, the nitrate discharge limit for the livestock industry will soon be lowered to one fifth of the current level to be in line with other industries. More than 35% of farms in Okinawa are likely to exceed this impending change.

Group leader in the Biological Systems Unit said, “This is of huge concern because nitrate contamination can have disastrous impacts on both human health and the environment.

“When nitrate is ingested by people, it is converted to nitrite, which impacts the bloods’ ability to carry oxygen and can lead to methemoglobinemia or blue baby syndrome.”

After successfully trialing this system in the lab, the researchers set up an initial pilot experiment.

They did it at one of the pig farms in Okinawa Prefecture Livestock and Grassland Research Center.

The researchers worked with the Okinawa Prefecture Environment Science Center and Okidoyaku. They had access to both the aeration tank and raw wastewater there.

Additionally, they monitored the experiment which was funded by the Okinawa Prefectural Government for over a year.

This one-year experiment showed that the dominant nitrate-removing bacteria were those that can receive electrons to grow.

During the treatment, their activity was stimulated by applied potential to the electrode in a range of -0.4V — -0.6V. It led to more efficient treatment of the wastewater.

Such bacterial communities grew by over 60% in total in the cathode chamber, and continued to exhibit strong activity. As a result, there was a high rate of nitrate reduction

Moreover, as the organic matter and the volatile fatty acids were degraded in raw wastewater, the smell was lessened, and the number of pathogens reduced. Of course, that’s going to be a big advantage.

Dr. Prokhorova said, “We’re very happy with the results so far. It’s much more efficient than we expected. This system is scalable, low cost, easy to assemble, and low maintenance.

“We’re hopeful that, within the next few years, it will be utilized by farmers in Okinawa and other locations with similar issues, such as rural communities in mainland Japan and Southeast Asia.” 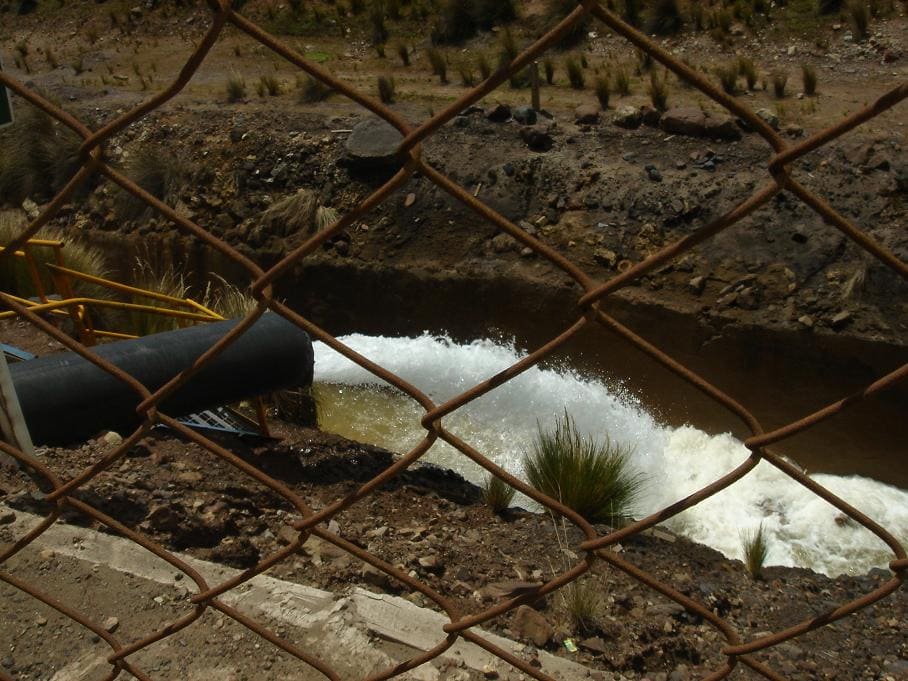 Human wastewater that turns into electricity?

Treating wastewater is one thing, but turning it into electricity is another. Researchers at the Washington University have developed a system that could reshape energy use at treatment plants.

They use bacteria as a “bio-catalyst” to produce an electric charge while breaking down organic material otherwise seen as waste.

The research pushes back against the notion of wastewater as waste, putting it to beneficial use. Researchers hope that this technology could reduce, if not reverse, the massive energy footprint of wastewater treatment.

“It’s an energy-intensive process. And energy always means money,” said Zhen He, a professor of energy, environmental and chemical engineering at the Washigton University.

Depending on how thoroughly it is treated, recovered water can be repurposed for anything from “nonpotable” uses.

They include irrigation or even drinking water. In Southern California, there are expanding plans for “toilet to tap” wastewater recycling.

Although, this new research and system don’t only recylce waste water, there’s an added bonus in the form of energy, as mentioned.

This new system uses a cloth to collect organic matter from the wastewater and to provide bacteria with a place to colonize.

Then, as bacteria consume the organic materials, the cloth gathers released electrons, creating electricity in the end.

Finally, stainless steel around the filter transfers the electric current from the “bacteria fuel cell” to an external circuit. That two-way function is what makes the electrode unique, He said.

The researcher stated that some may scoff at the low electric output. But He can argue back, “We fight back by saying, ‘Can your fuel cell filter wastewater?’”

He added that treating 1 cubic meter of wastewater could, in theory, generate 20 watts of power for an hour. That means a larger-sized unit or a collection of units could power lights or larger electrical devices 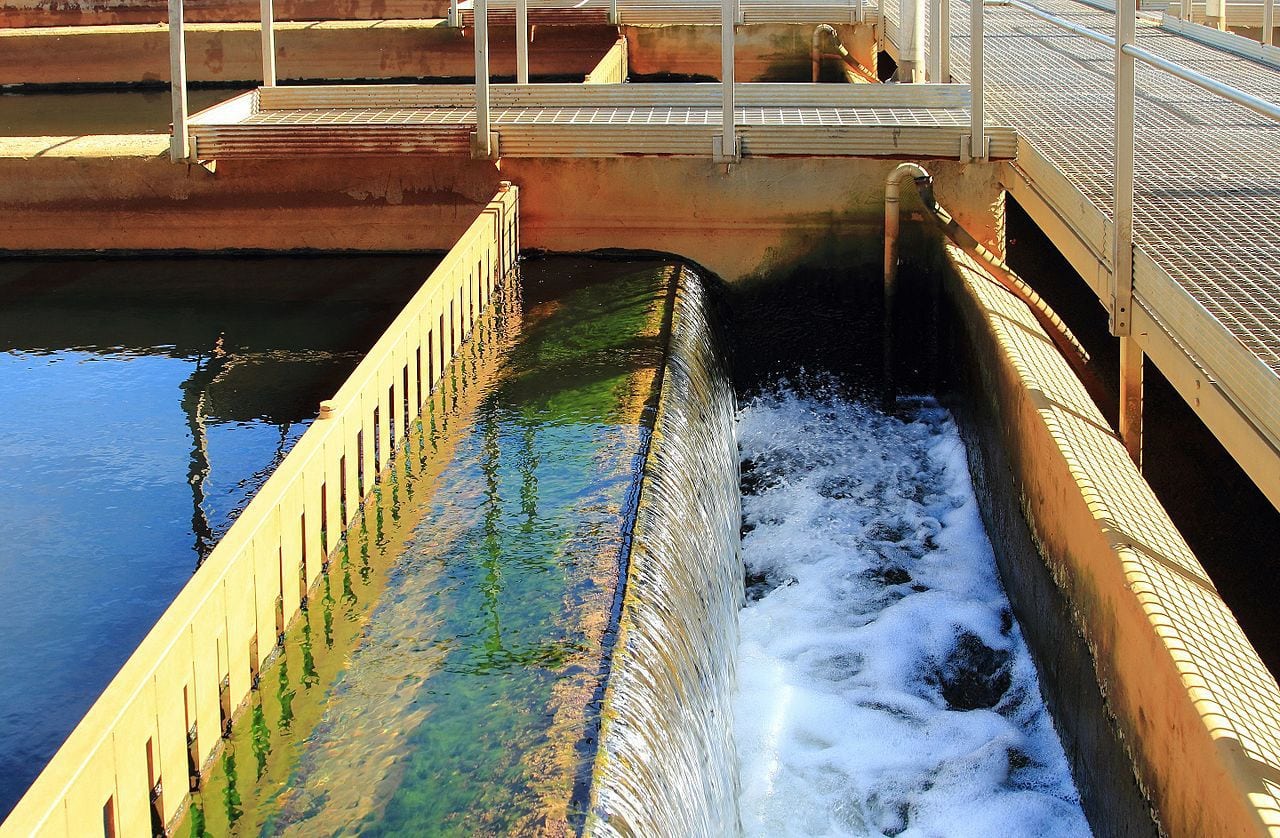 Like all researchers, this newfound technology aims to scale up and gets used in the real world, not just the lab.

He stated that he’d love to see the filters used by municipal wastewater treatment utilities.

A more feasible, intermediate step could be for the filters to first catch on at a smaller scale. Meaning, individual industrial facilities that have wastewater to treat.

“I try not to overpromise and say we’re going to turn wastewater treatment into a power plant,” said He.

He also added that the first milestone would be to make wastewater treatment “energy neutral”. That is, if users can generate enough power from the electrodes to offset their consumption.

But, the ultimate aim of this research is to flip wastewater treatment from an energy user into a power source.

Thermal energy, the product of most wastewater recycling/treatment facilities currently, can offer a vast opportunity.

However, its potential can be seasonally and geographically dependent, packing the most punch in colder places.

That is why the research team believe that turning wastewater for electricity instead of heat could be more beneficial and universally applicable.

“Is it really a waste? Or can we treat it as a resource?” asked He.