You are here: Home / The Species / The Truth Behind Fur Fashion Industry

WARNING SOME PICTURE BELOW THIS POST CONTAIN GORE PICTURE !

Fur used to be a vital part of history because it kept our ancestors warm in harsh, cold weather. But time progressed and things have changed. Most people don’t really need to wear fur anymore, and yet fur industry is still thriving (which means there is a demand).

There are hundreds fur farms in the EU alone. Other large fur producers include China, the Baltic states, and the U.S. The major export markets are China, Russia, Canada, and the EU. China itself is the largest importer of fur pelts in the world as well as the largest exporter of finished fur products.

I think it’s still understandable that people who live near arctic or places of extreme weather might need fur because the cold is unbearable. But most of the time, fur is used for fashion accessories, and people can wear the fake ones instead, don’t you think?

When you think about it, fake fur is cheaper than the real one. And you still get to look dazzling and fashionable without feeling the guilt of killing animals. However, many claims that real fur is incomparably soft with rich and luxe texture. The fake one can’t even come close to the real one, and some designers agree with this.

It’s impossible to get fur without killing animals. And thousands of lives have been taken away to meet the market demand. In fur farms of China, there are still lots of animal abuse and cruelty. Probably because the country is the largest importer and exporter.

National Geographic said that fur farming in China is still cruel, because there are no animal welfare regulations there. Therefore, we’re going to see the truth about fur industry not only in China, but also other countries where animal welfare awareness is still lacking.

Fur comes from all sorts of animals that have either thick or unique-patterned fur. Commonly, fur farms have minks, foxes, rabbits, skunks, and raccoon dogs. But sometimes they also hunt other wild animals such as coyote. Some of this hunt can be illegal and irresponsible, because it targets and kills endangered/protected animals.

Minks are animals which are a part of animal family that includes ferrets, and weasels. And this animal has been bred for fur since 19th century. The fur is dense and soft, which is why their fur is the most popular type in the industry.

But the fur doesn’t only come from animals that I’ve mentioned above. There are also reports claiming that cats and dogs are also killed for their fur in China. Dog is more common in fur farms because most Chinese still eat dog meat (they also eat cat meat, but dog is easier to find). So the farmers strip away the dogs’ skin and then sell their meat. Other parts such as bones, paws, penises, kidney, and others are sold to be traditional Chinese medicines. 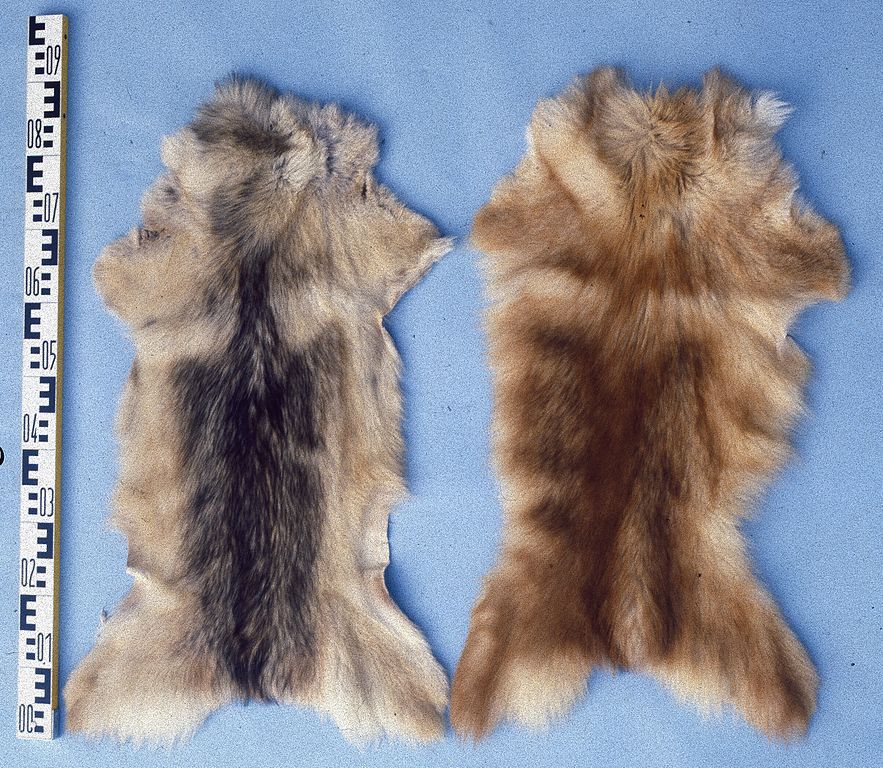 The farms do breed the dogs and cats. But stealing and catching unwanted pets are a common practice to acquire the fur. And don’t think about stray type of dogs. Tibetan Mastiff, German Shepherd, Golden Retrievers, Husky, and other large mixed breeds are the ones usually found in fur markets. Additionally, German Shepherd fur is often disguised as fox or Asiatic raccoon.

China doesn’t really see cats and dogs as human companion. To most Chinese, they are just animals which can be useful for human lives, hence the fur and the meat trade. Of course, more people become modernized and this notion is slowly fading. Sadly, animal cruelty in fur farms doesn’t happen only in China.

Ever since the animals are in captivity, they don’t receive proper care. Those poor animals are kept in tiny cages where they can barely move. Most of the time, they have big chunk of feces combined with their urine around them. This will lead to skin and health problems.

It’s not rare to see some animals kept in one cage. It’s only their nature to be territorial and protective of themselves. So, the caged animals will fight each other, leaving scars and other untreated wounds. And the animal ‘caretakers’ just can’t be bothered to deal with these things. Investigators will see foxes with one severely wounded leg that they can see the bone. There are also minks with untreated wound on their head and ears.

The transportation is also stressful for the animals. They are crammed together and have to endure long, exhausting journey without food and drink. Most of the time, they have to pee and defecate there, affecting other animals which are stacked around each other. But of course, they can’t escape and can only endure.

And it doesn’t stop. Irresponsible farmers don’t simply kill those animals. Don’t think that the animals get at least humane death before their fur is taken away from their bodies. The farmers slaughter them.

In the hands of cruel farmers, these animals are treated with violence. Farmers yank them from their cages, throw them to the ground, and beat them. A video shows foxes being visibly frightened as the executioner electrocute them one by one. Sometimes, these animals are actually still alive and they will scream in agony when their skin is stripped away from them.

Remember about the cats and dogs? They get no better treatment as well. Dogs will be beaten until it’s semi-conscious and then the farmers will pierce its throat and let the dogs bleed to death. Cats, on the other hand, are often put in a sack and beaten or simply drowned in tanks.

This kind of practice still happens a lot in China, because as I’ve mentioned before, the country is still low on animal welfare laws and most of the people see animals as some kind of tools. According to reports, the animals are unresponsive, self-mutilating, doing infanticide, and having problems with breeding. Those are indications of poor welfare and stress.

Unfortunately, other countries have inhumane fur farms as well. This cruelty also happens in Spain and Canada (I mentioned British Columbia before), although they don’t skin dogs and cats. A 2014 investigation in B.C. reveals animals being in horrific conditions despite claims that animals in this region are treated with care and respect.

Now, if there are some irresponsible farmers, there are also farmers who care about the animals. Killings are still involved, but they don’t beat, drown, or do violent things to the animals. When it’s time for fur harvest, the minks are exposed to carbon monoxide. Moreover, the cages are clean without excessive dirt/feces residue. They also have a bit more space for the animals to move around.

A Canadian mink farmer said, “I look at the mink every single day and if anything is in pain or hurting, we give it medication and painkiller. If it’s too far gone, we euthanize it immediately. We’re doing everything we can to make sure that we’re up to the standards of the government.”

What exactly happens after the fur harvesting? The skin/fur goes through a process called tanning or dressing. It turns the skin into leather so the product will be more durable and won’t disintegrate too quickly.

So yes, fur is in fact biodegradable (it’s after all something from natural resources). If you dispose your fur correctly, you can even turn it into compost for your garden. It’s just that those fur products come with a price, which is taking lives of rather cute-looking and innocent animals who don’t really have a choice. 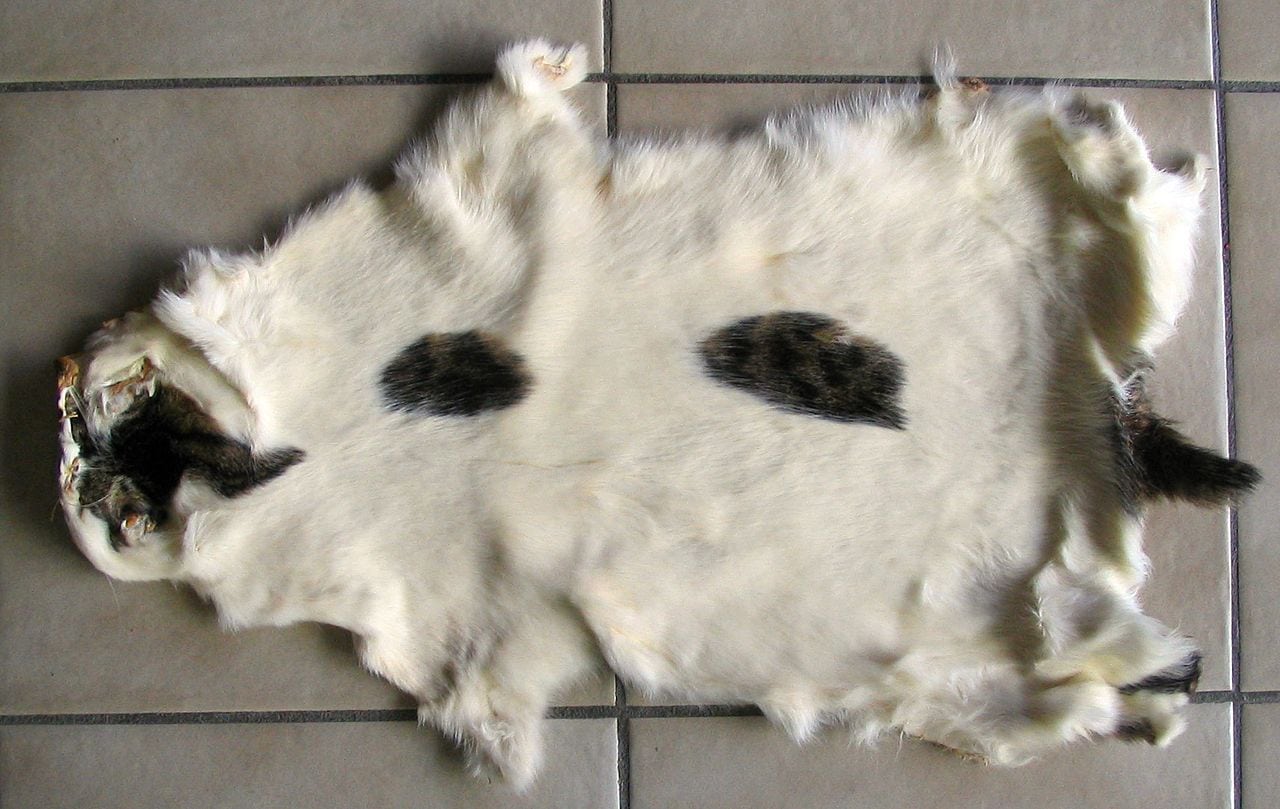 It might not be good news, but many report and claim that fake fur is not environmentally friendly. Fake fur consumes one gallon of petroleum in order to make three synthetic jackets. Ruth Rosselson from In Touch magazine stated, “More than 50% of (the UK)’s emissions into our air of the poisonous ‘greenhouse’ gas nitrous oxide comes from nylon production.”

Moreover, fake garment releases up to 1900 microplastic particles into the water, and into the food chain, ultimately harming all animals, including humans. There are companies which make eco-friendly fake fur products derived from wool without killing the animals. But this kind of company is rare and the products won’t be pocket-friendly. 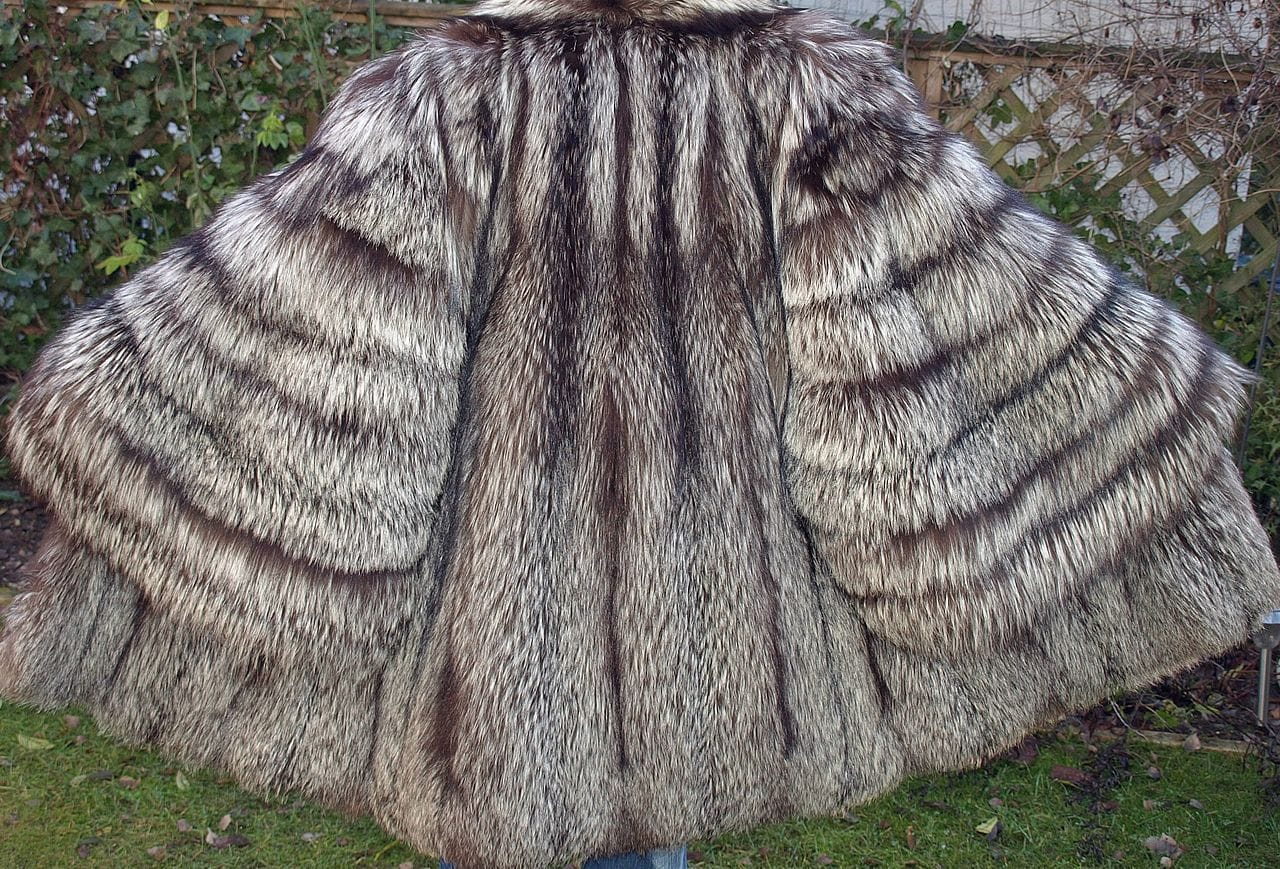 Ultimately, whether you want to get fake fur or the real one, it all goes back to you. It’s easier to say “don’t wear fur at all”, but I know that fur has become a trend, fashion statement, a symbol of status, and a lot more. It needs a little deeper dig to change the fur lifestyle. Also, in some places, this saying just can’t happen because of the extreme cold.

If you must wear fur, then probably the nicest thing you can do is buying secondhand or vintage fur coats, fake or real. If you’re feeling a little fancy or want to go on a splurge, then you can get coats from companies who strongly support animal welfare and use eco-friendly dyes and tanning methods such as Valentino, SAGA and other companies in Gucci Group.

Is Fur Eco Friendly? We Look at Both Sides

No More Throwing Away Your Clothes, Put ‘Em on a Wardrobe App!

There will be Sustainable Nylon Production Thanks to a Bacteria Discovery