You are here: Home / Eureka Green / Get Off Those Balloons, But Not By Releasing It To The Nature

Birthday parties? Colorful balloons. Street parades? Giant balloons. The inauguration of buildings? Releasing balloons. Looking on those facts, we know that it has been a tradition to people all around the world to see balloons as a symbol of celebration upon something.

One of the most successful animated movie, UP, even featured the party item as one of the most melancholic memento in a human’s life. Indeed, they look pretty on the outside, actually those balloons keep a threat to our environment that most people don’t realize.

Is it toxic to our kids? Or are the substances inside of the balloons life-threatening? No, it does not work that way. The flying balloons are not that dangerous and harmful to both you and the environment, instead, they become dangerous when it is not in inflated state. How come?

From A Corner Of The World

To discover how those balloons may cause harms to our environment, lets first check out the production process of this party item. The first rubber balloons were invented by Michael Faraday when he sealed altogether two sheets of rubber. However, those balloons are different from our modern days balloons.

The difference between the Faraday balloons and our modern party balloons is nowadays most balloons are produced from latex, both natural and synthetic ones. Natural latex is produced by Para rubber trees which is originated from South America.

However, most of the latex that we find nowadays is produced from Southeast Asian countries such as Indonesia, Malaysia, and Thailand, where the plant is being agriculture in industrial level. There are two points why it matters, the land and the transporting process.

To open the land to plant para rubber trees, usually the companies need to cut down natural forests. Without any wonder, it brings much harm to the environment and native living organisms. In addition, bringing the latex from Southeast Asia to America, China, and Europe is such a long trip. Imagine how much fuel is consumed during the transporting process. 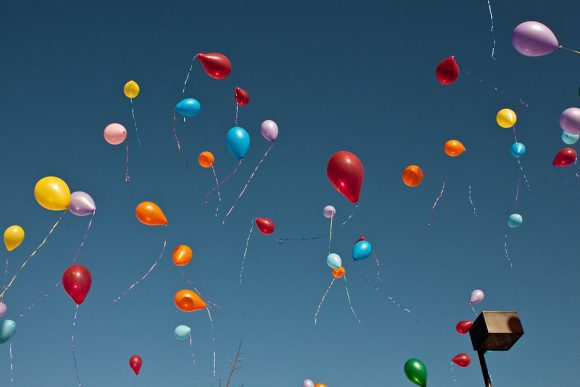 Okay, the production process has given you some warnings about how harmful those balloons are. So now, let’s get to the real discussion. Balloons are most harmful when it is released freely into the sky, since there is nobody can predict where they may land.

Some might land directly on the landfill, although it would be a rare chance which is as rare as a miracle, and most of them will land on places that they are not supposed to be in. In example, when the balloons land on the ocean, they will bring so much risk to the aquatic animals.

“Once airborne, they can travel far afield and often end up joining the flotsam riding the world’s oceans. One that was unleashed in a science fair experiment to investigate wind direction was retrieved on an island 1,300 miles from its release site,” said Eileen Andreason of Audubon.

“The National Oceanic and Atmospheric Administration identifies balloons as a commonly reported source of marine debris,” she continued.

The most threatened animal by this situation is sea turtle, which mainly feeds on jellyfish. With pretty similar texture when floating in the ocean, the sea turtles will eat those balloons without knowing that those are not jellyfish.

It will hurt their digestives if they are lucky enough not to get choked to death. “We had a turtle come in recently that had four different colours of balloons in its stomach. It had a whole party going on in there,” said Libby Hall, Taronga Zoo’s Wildlife Hospital Manager

While On The Land.. 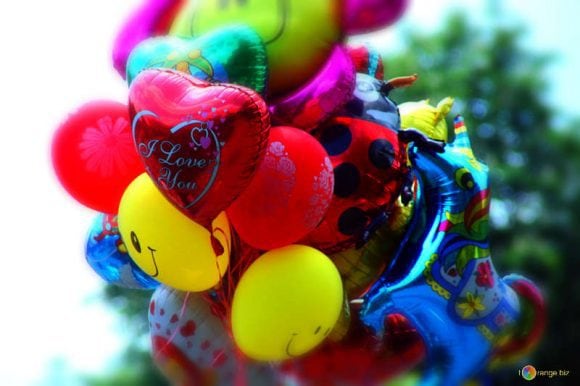 What explained above happens when those balloons land on the ocean. But how if it just coming down on the land? Simply answering, it would be nothing more than just a litter. You most likely will not have some fun to blow a deflated balloon you find on the street, right?

It is okay if those balloons land on our neighborhood, since we can get rid of it and give proper disposal to the litter. However, imagine if it lands in the middle of forest or some other places far away from human, will it still be okay?

Similar to sea turtles, most animals are not used to differentiate those balloons from food sources. The colorful balloons might look like fruits for some animals, and thus they might mistakenly consume it. Again, it will risk their health.

Not only that, let’s look on their biodegradability.  Nowadays balloons are made of either mylar or latex, and mylar is nonbiodegradable synthetic nylon with metallic coating. Mylar balloons, needless to say, can cause harms to the environment as much as plastic.

On the other hand, latex is biodegradable since it is made of organic matters, but researches show that the process might take about six months to four years. During that time, the substance will also cause many harms to the environment also as much as plastic does.

Here is another great article about Biodegradable Balloons

Is It Time To Ban Balloons? 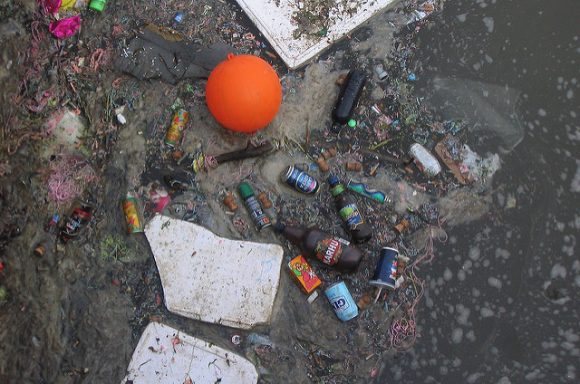 Well, looking on how much harm that balloons may cause, your radical minds might want the world to issue a ban on balloons. However, their presence has been carved deeply in our minds that even though it would not bring riots and protests banning balloons is still too utopic to be true.

The best way to minimize the harms that those balloons may cause is to get rid of it from our daily lives. The point is, that you now know balloons are as harmful as other kinds of plastics, you might want to spend your money on them.

We can just use flowers or flags and banners to decorate party and parades, and we can release doves instead of balloons for ceremonial things. For us, those balloons might act as a one-time decoration for our joy. But for the environment and wildlife, it might be another threat.