You are here: Home / Hello Earth / Have You Heard These 5 Good News From The Earth?

How are you? Good? Nice then, since recently the earth also has some good news. Recently, Brut Nature in its Facebook page uploaded 5 good news from earth, from banning animals in circus until the reforestation in Brazil rainforest.

Wanting to know more about the information? Here it is.

For more than 50 years, wild Eastern Quolls have been declared extinct in Australian mainland. The only place where the carnivorous marsupials can be found in the wild is in the Tasmania island, other than captivity.

The extinction happened thanks to the wild foxes back in the years of mid-20th century. The foxes in the mainland of Australia attacked and even feed on the smaller animal and wiped out every single of Eastern Quoll.

But now those marsupials will be able to reclaim their territory. Over next three years, 100 Eastern Quoll will be released in Booderee National Park in Jervis Bay, New South Wales.

This is a big news for the national park ecosystem because after the reintroduction of Eastern Quoll, the missing link in the food chains will again be restored.  This marsupial is known to eat small pests such as mice, rats, and pasture grubs.

“They used to call them the farmers’ friends. They eat pasture grubs. They eat pests, mice, rats. They are a really fantastic animal to have around,” told Rob Brewster, the director of Rewilding Australia to ABC.

The project of reintroducing the Eastern Quoll to its natural habitat in the wild is an awesome collaboration work by Parks Australia, Rewilding Australia, the Australian National University, Wreck Bay Aboriginal Community Council and the World Wildlife Fund.

A project of world’s largest tropical reforestation was announced in biggest global music festival in Brazil, Rock In Rio 2017 – yes, official announcement in a rock show. And this message is not a bluff, it is happening now!

A multimillion dollar project conducted by Conservation International, the Brazilian Ministry of Environment, the Global Environment Facility (GEF), the World Bank, the Brazilian Biodiversity Fund (Funbio) and Rock in Rio’s environmental arm will do it in 6-years period.

“Together with an alliance of partners, we are undertaking the largest tropical forest restoration project in the world, driving down the cost of restoration in the process. The fate of the Amazon depends on getting this right — as do the region’s 25 million residents, its countless species and the climate of our plane,” told Dr. M. Sanjayan, the CEO of Conservation International.

This project is working on planting 73 million trees in Amazonian rainforest. The area covered is around 30,000 hectares which is the equivalent of 30,000 football fields. The reforestation that is planned to be done in 2023 is the largest tropical forest restoration in the universe.

Ireland Bans The Use Of Wild Animals In Circus Shows

The nation’s commitment to ban wild animals from circus shows was endorsed by its own Minister of Agriculture who signed the regulations back on November 9th 2017.

“This is the general view of the public at large and a position I am happy to endorse,” stated Ireland’s Minister of Agriculture Michael Creed as quoted from Irish Times.

Actually, this is not the first act of reducing the use of wild animals in circus done by the people of Ireland. Creed also told the press that local governments had increasingly refused to authorize the use of public lands for such shows since many years ago.

From the Ring of Cruelty reports, this uncooperative act to circuses that use wild animals in their shows has given its impact. They noted that the number of traveling circuses showcasing wild animals has decreased from seven to four circuses.

“This is a progressive move, reflective of our commitment to animal welfare,” said Michael Creed.

Bhutan Commit To Preserve Most Of Its Land For Conservation

Conservation of environment is one of four pillars of Bhutan’s Gross National Happiness philosophy. Thus, in order to maintain their philosophy, people of Bhutan decided to preserve most of the land of the country to nature.

Bhutan don’t just play with words, it preserves more than 51 percent of its land and planning to do more. Even its constitution mandated to make the preservation go further until at least 60 percent at all times.

Not only gives its benefit to the citizen of the country, this act is also contributing huge benefits to the whole planet. By conserving the nature, Bhutan can give the purest natural water to one fifth of world’s population. ONE FIFTH! Imagine how such small country can give that huge impact to the world.

Let alone the amount of carbon dioxide the forests in the country can absorb. 5 million acres of protected forest in the country is maybe one of the leading reasons why today human kind can still live on earth.

If you have watched the video above, you may even get shocked by the words of Tshering Tobgay. The Prime Minister of Bhutan itself stated that Bhutan is more than carbon neutral, he said Bhutan is CARBON NEGATIVE! Look at how much the country commits to preserve the nature!

Tantor The Elephant Finally Got Its Tusk Surgery 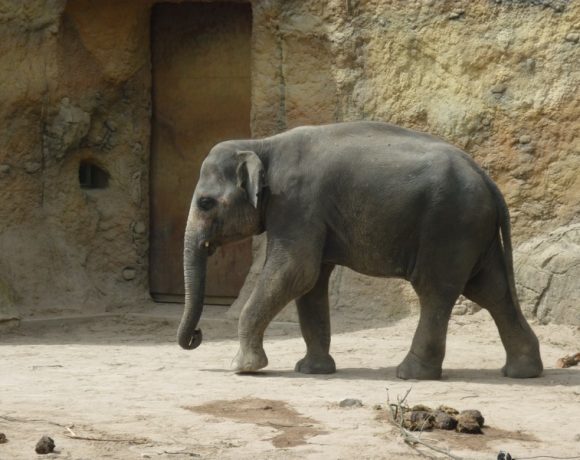 The other good news came from Columbia where an elephant named Tantor finally got its tusk surgery. This surgery involved 30 people and 2 years waiting time to be done.

Root canal work was performed to save the life of this 50 years old elephant’s tusk. Tantor had to be sedated for three hours for the people to perform this surgery and it is considered as a dangerous procedure to animals of that age.

While the procedure should have been performed two years ago, the Barranquilla Zoo vets could not do it because they couldn’t obtain the special anesthetic needed for the surgery. This operation was able to be done because over one hundred people raised $8,500 fund to save Tantor.

In addition to finding the special anesthetic needed, the fund was used to design and build special orthodontic equipment for the big mammal. Thanks to the tusk-saving surgery, now Tantor can enjoy his old age in ease.