You are here: Home / Hello Earth / Hey! The Ozone Holes Are Shrinking And Is The Smallest Since 1988!

This radiation is awfully harmful since it may cause several health problems such as skin cancer and cataracts. Those risks, made talking about the ozone holes would likely to bring people to negative state of mind.

Indeed, we used to hear only bad news about the ozone holes, year to year the news always told us that the ozone holes over the earth’s poles are getting larger and larger. But for now, you people can relax a little bit. NASA has made an official statement that the holes are shrinking to its smallest peak, so small that the holes had never been smaller since 1988! 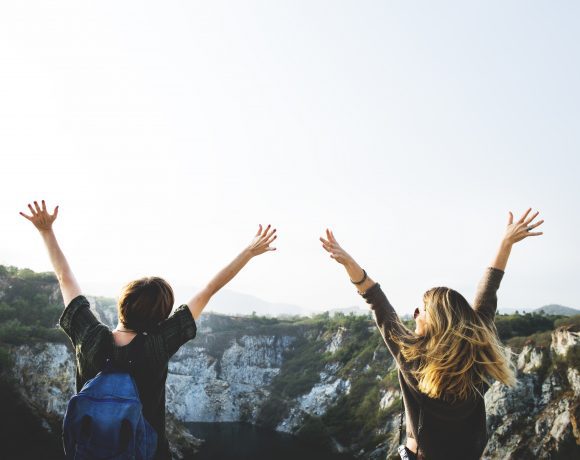 Yes, good job to you all humans. Although you made mistakes, but you chose to learn and fix it. But what did we do to deserve such compliment?

There are two factors responsible to the current shrinking of the ozone holes the first is the human factor. We are responsible for this because we had realized the danger of using ozone depleting substances such as chlorofluorocarbons or CFCs, since the ratification of the 1987 Montreal Protocol. Since then, the use of ozone depleting substances has gone down to its minimum use.

The whole world was involved in the agreement and this is a win for every creature on this earth. The former Secretary General of United Nations, Kofi Annan, eventually stated that this agreement “perhaps the single most successful international agreement to date”.

Thus, indeed we are to blame for expanding (if not even creating) the hole in the ozone layer, but now we have realized that we shall hand-to-hand undo our mistakes and try as hard as possible to close those holes we created.

In addition to the decrease of ozone depleting substances use, the nature itself also takes parts in this phenomenon. As we already know, in these recent years the earth temperature was warmer than before. The warmer temperature of earth also affects the temperature of the poles, while the changing of temperature in the pole’s stratosphere plays part in determining the size of those ozone holes.

The warmer the temperature of the pole’s stratosphere means the smaller the size of those holes on the poles, while colder temperature usually leads to wider holes. The shrinking of the hole happens this year is because of this year’s unusually warm weather caused a warm Antarctic Vortex to minimize stratospheric cloud formation. This cloud formation is required in order for the catalysis of ozone depleting substances to react, and results in the ozone depletion process.

“Weather conditions over Antarctica were a bit weaker and led to warmer temperatures, which slowed down ozone loss,” said Paul A. Newman, chief Earth scientist at NASA’s Goddard Space Flight Center in Maryland. “It’s like hurricanes. Some years there are fewer hurricanes that come onshore. This is a year in which the weather conditions led to better ozone.”

There Is a Hope!

The shrinking of ozone holes to its smallest size since 1988 is indeed good news, but you know that this good news is not permanent. For example, it was recorded in year 2000 that the ozone holes reached its largest size and brings the crowd into chaos. But those crowds didn’t know that 17 years later it would reach its smallest. The size indeed keeps changing all over the time based on the temperature of the earth.

However, there is a hope that the wound in our ozone layer is slowly healing itself. In 2016, after thirty years of observation, scientist finally found that those holes over the poles are slowly shrinking naturally. A research team led by Susan Solomon, professor of atmospheric chemistry and climate science at MIT found multiple evidences for this healing.

They found that in last few years, the hole that annually forms in Antarctica were opening later than recorded and were not as deep as it used to be. “The fact that the ozone hole is opening later is really the key here,” says Solomon. “It is opening later, it is smaller, and its depth is depleted. All of the measurements are independent, and when they all point to this healing, it is hard to imagine any other explanation.”

We Can Help the Healing

As we know, although the production of those ozone depleting substances has been phasing out since early 1990s, those substances released to the atmosphere in the years before are still floating around in our atmosphere. Ozone attacking substances such as chlorofluorocarbons have very long lifetime and predicted to still float around until 100 years from now.

On the other hand, in June, scientists identified a possible threat to the recovery of earth. It was based by the amount of dichloromethane that was doubled in the atmosphere over the past 10 years. This is supported by a study published in the journal Nature Communications, which stated that If this keeps happening, it has the potential to delay the Antarctic ozone layer’s return to normal by up to 30 years.

So, the former generation has paved the road for us by signing the Montreal Protocol. It is time for our generation to continue the good work for nature. Another way to help the healing process is by not wounding the earth even further. Those chemicals floating around in the atmosphere are the residue of former generation, and the effect last longer than they expected back then. So, in this generation we can undo the mistakes made by the former generation by quitting or reducing the use of ozone consuming substances in our daily lives. We can do it.