You are here: Home / Hello Earth / How Pigeons Can Save Us From The Risk Of Air Pollution

People have different perspective about pigeons flapping their wings around the city. Some of them look at the birds as plague of the city since they are ‘dirty’ and ‘annoying’. While some others see the pigeons as friendly animals that beautify the area.

While people’s view about pigeons may be different, but scientists are likely to have the same opinion about those scourges. They are useful for us to monitor the pollution level in the air, and may help us to tackle the threat before destroying the humanity.

So, how can the small and puny bird contribute to longevity of humanity? Let’s talk about it. 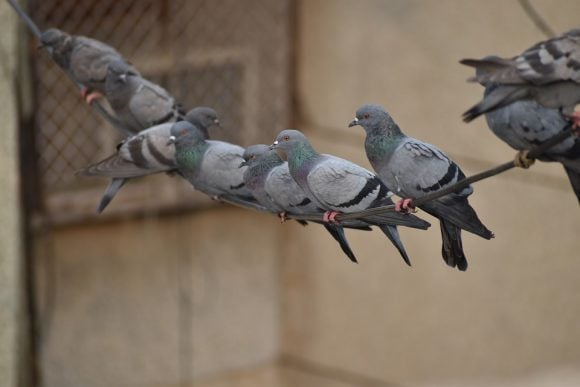 Every living creature living in polluted area are exposed in similar way from one to another. It means that the pigeon living in the polluted city are exposed to the same pollution as we, human, are too. This knowledge is important for the researchers to figure out.

Whether you realize it or not, those pigeons are living almost in the same way as us human. They drink the same water as us, breathe the same air, and even sometimes eat the same food as us. Thus, the contamination that they get from the pollutants in the city is quite similar to what we get too.

“Because they are alive, they process these chemicals in their bodies. This offers up the opportunity to not only find toxin hot spots in our environment, but to understand how these toxins affect biology,” said Dr Rebecca Calisi from University of California, Davis in American Association for the Advancement of Science meeting.

Among those pollutants, there are some which are detectable by examination, such as lead and pesticide. Calisi and her team have run an experiment to test this fact out by looking at blood lead level of 825 unwell pigeons from 2010 to 2015.

She and her team chose to study the unwell pigeons living in Manhattan, New York. In this examination study, they found out that pigeons are able to show almost similar blood lead level raise in summer, as shown by human children. 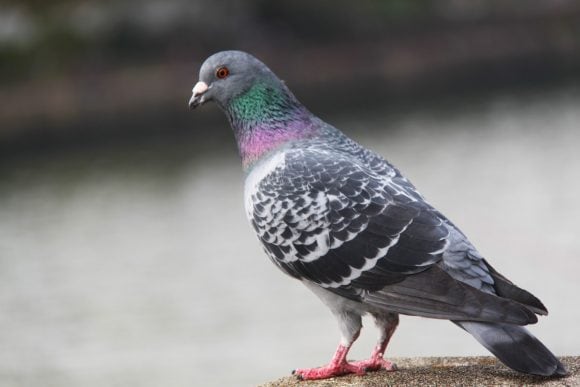 You might assume that those pigeons get the lead contamination from other places and those which are examined just the ones with raised blood lead levels. Should it be noted, pigeons don’t venture far from their home, meaning that once they settle in an area, they will live there for the rest of their lives.

To strengthen the result of the study, you can compare it to other studies conducted in other areas. Such as the one from Amsterdam that found out pigeons’ blood lead level could be linked to the heaviness of traffic, or a study from Brazil that discovered pigeons in big cities have higher level of chromium and cadmium in their feathers than pigeons in less developed cities.

It means that in any kind of researches, the result is similar: pigeons are able to show the pollution level of certain area they live in. Calisi and her team now elaborating the study to learn more about how their discovery may affect the bird into the smallest scale. And later on, maybe associate the findings with similar condition appears in human.

“We now want to use this information to investigate how toxins like lead and other pollutants affect organisms at the level of the genome. Our plan moving forward is to screen pigeons not only lead but for other toxins as well, from pesticides to fire retardants, to BPA and other heavy metals,” she said. 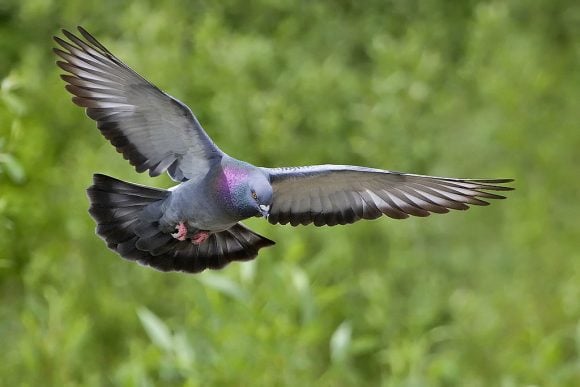 Calisi and other researchers studying the health of those pigeons have their own way to make the birds as the environments’ health indicator. But that’s not the only way we can use their help to find out the pollution level in the city.

Previously, in London, pigeons were also used to monitor the air pollution level and raise awareness of the invisible enemy. Six racing pigeons were released into the city of London. The pigeons were equipped with 25 grams of sensors and GPS tracker and let fly around the city.

Based on the information given, the Pigeon Air Project tried to raise awareness of London’s invisible enemy. “Most of the time when we talk about pollution people think about Beijing or other places, but there are some days in the year when pollution was higher and more toxic in London than Beijing, that’s the reality,” said Pierre Duquesnoy, who was responsible for the idea.

The sensor recorded the nitrogen dioxide level of the city that was produced by cars, buses and trucks and tweeted the report in a Twitter account accessible by anyone asking for the report. About 25,000 Londoners were reportedly gave their impression about and interacted with the account.

Living With The Pigeon 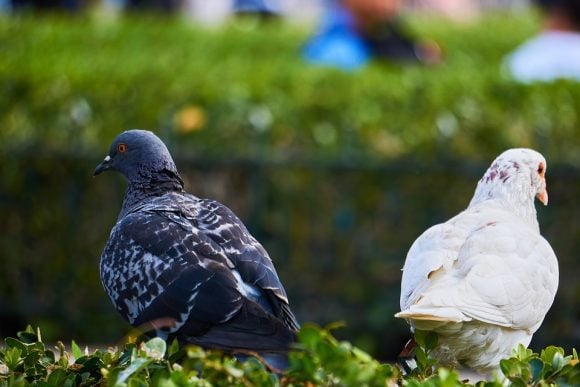 Pollutions, especially the invisible air pollution, is responsible for millions of deaths each year. In United Kingdom, air pollution is the cause of more than 30,000 ‘invisible’ premature deaths a year. Let alone other parts of the world with worse pollution levels.

Thus, discovering that pigeon can be the perfect indicator of pollution may save millions of lives annually in every part of the world. And not only that, we already discovered two methods to use the help of the pigeons to measure the pollution level: attaching sensors and examining their health.

“Birds, like us, are vertebrates. We share a lot of the same evolutionary history, and our bodies have many similarities in terms of tissue form and function,” said Calisi. Therefore, by measuring the contaminant level in their bodies, we might find the same amount of dangerous substance in ours too.

Whether we use the help of those birds by letting them fly high above our heads or by looking closely to their genes, we now know that pigeons may help us to avoid millions of deaths in the future.