You are here: Home / Eureka Green / India Is Trying To Protect Nature To Respect Their Gods

Every single religion on earth is teaching us to respect every single living organism on earth, and more widely to respect the nature. Thus, if everyone was religious, then the nature should have not been destroyed like what happens nowadays.

But that’s not the main point we are going to talk about. Rather than blaming ourselves, let’s just talk about how some people are still giving respects that the nature deserves. Just like how some people in India are banning the use of plastic because of religious reasons.

How can religion make us plastic free? In this article we are going to talk about it, and how going plastic free changes the people. 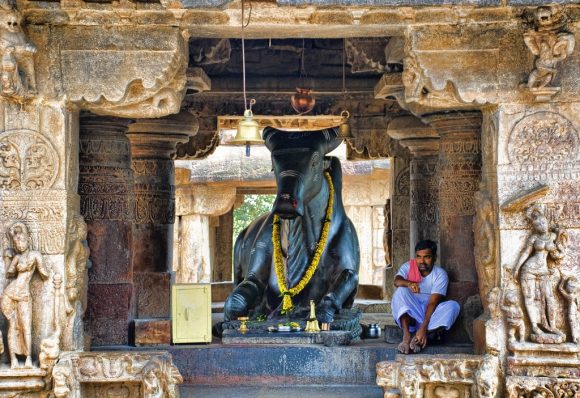 Aranmula Parthasarathy Temple is one of the oldest temples in India made to honor the deity Khrisna. Located in southwest of India, this temple is said to have stood since 8th century, more than a millennium ago.

In the old temple for Khrisna, there is something interesting. Printed on white paper, signs saying “Inside the temple premises, there is a compulsory ban on mobile phones, cameras, and plastic carry bags” are pasted all around the temple.

If you accidentally break the rule, you might get approached by a priest to remind you about the rules. They may also tell you that Aranmula Parthasarathy is not the only one that applies the rule. Other 1057 temples located in south Indian state of Kerala are also applying the rule.

And the reason why such campaign is being done in temples is because religion plays important part in Indian people’s lives. “Already, just six months into our ban, we’re finding it difficult. Doing good is difficult. But that is why this work has to start in temples, these are our centers of culture,” he said.

For long, religious rituals done in temples in India involve the use of plastics a lot. The rituals usually involve the use of camphor, incense, butter, milk, rosewater, turmeric, sandalwood powder, and oils. All of those usually come in plastic wraps.

Actually, even the sellers of those supplies agree with the rules being applied in the temple, but “how is it possible when everything comes in plastic covers?” as Aneesh Mon, one of the sellers said. The problem is that the plastic wraps come from the companies producing those supplies.

This is why the temples decide to do something with the supplies. By next year, oils will be sold by the gallon and distributed in small clay or steel containers. Not only that, rosewater production will also be done by the temples themselves.

While for other goods, such as snacks and fruits, the temples are planning to use reusable, biodegradable plates made from dried palm leaves. And other kind of supplies will also be distributed in more eco-friendly packages instead of plastic.

The problem with plastic is that by using it producers can reduce the cost of the products. While to use other kinds of packaging, there will be additional cost. “They say that if they come on a regular basis, the five rupees adds up. Now we can’t even think of a world without plastic,” said Mon. 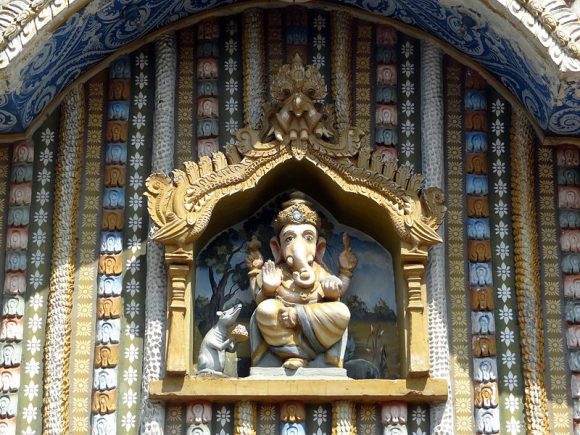 Okay, we know that avoiding plastic is a good thing, yet it cost us (or Indian people) more. Thus, it needs a big commitment for them to actually ban the use of plastic, even though it is cheaper. Note that Indian people are usually very religious, and spending more money for rituals can cost them a lot anually.

So, what makes Indian temples finally realize the terror from using plastic? There are so many things, actually, but for Thantri Suryakalady Jayasuryan Bhattathiripad, a priest in north Kerala, it is because of how the substance is almost immortal.

“I’m a farmer, as well. And it is very sad to see very old plastic packaging coming out of the soil when I plough my land. Even the emblems, the brand names will still be on there, it’s like an immortal substance,” he said to National Geographic.

We know that plastic can last for a long time on earth before microorganisms can fully decompose it. A plastic bottle can last for about 5 centuries to 1 millennium to be fully decomposed, thus no wonder that Bhattathiripad feared its presence.“As far as I know, only Parabhrama, the Supreme Being, is supposed to last forever,” he said.

Another case that became the turn-back point of plastic consumption is the death of an elephant in early January this year. A 20 years old elephant was found dead about one kilometer away from sewage treatment plant in Valiyanavattom.

A postmortem examination found out that the elephant died of eating plastic. It blocked its alimentary canal and caused internal bleeding. As we know, elephant is an important animal in India since it depicts one of the deities, Ganesha. 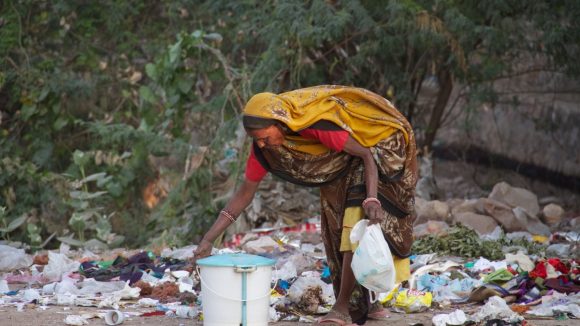 The Ban on plastic is not only done by Hindu temples, all across Kerala. As we know that in India there are various religious beliefs, those other beliefs apparently also apply the same rule toward the destructive power of plastic.

A mosque located in Kerala’s capital city, Palayam Juma Masjid, the same rule also applies. “We believe in life after death: There is hell and there is heaven. I say to my people, if you are polluting the Earth, you have to reply to God’s questions after death,” said Imam Suhaib Moulabi.

The answer to God’s questions, according to Islam, will determine whether they will go to heaven or hell. “God will ask: Why have you disturbed the Earth? And if they don’t have a good answer, they risk going to hell,” said Moulabi. So, to reduce plastic use, during this year’s Ramadhan, the mosque is serving iftar meals to people using reusable plates instead of plastic wraps.

While St. Joseph’s Cathedral, located just across the street is applying the same rule to their people. During saint day feast and wedding ceremonies, they completely exclude the use of plastics. It shows how any religious belief teaches us to be good to the nature and can survive without the use of plastic.

“Believers may hear that messaging in their places of worship, and think about their use at home as well,” said Shibu K. Nair, director of the local environmental group Thanal.