You are here: Home / Eureka Green / Indonesia, Country Of Plastic Waste And Innovations

Indonesia, a country located in South East Asia, is known for its resourcefulness, friendly culture, and natural beauty. Located between two crossing points between Asia and Australia, also between Pacific Ocean and Indian Ocean, we can say that this country is so strategic.

Being an archipelago, maritime is the main power of this country. However, as said before, its natural resourcefulness is also another thing to be considered. This country is even named after one of the prettiest natural stone on earth, the emerald of the equator because of its natural beauty and resourcefulness.

However, since this country is rich of natural resources, people are consuming them to the fullest. And in fact, being the fourth most populated country, this country is full of industries to feed all those people.

If the process is done responsibly, there won’t be any problem. But the problem is, to pack all those products of processed natural resources, Indonesian people are still addicted in using plastic. This is the main point in this article.

Rivers And Single Use 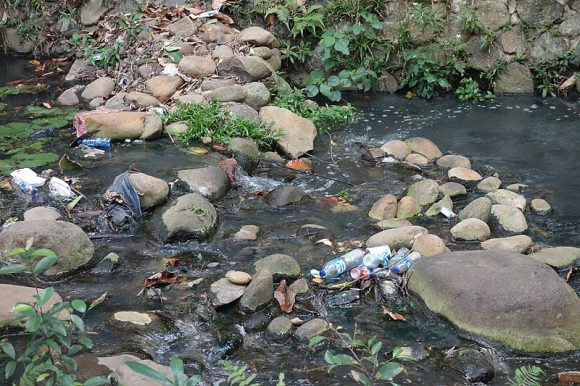 Indonesia is one of the biggest consumer in single use plastic. In example, small beverage kiosks tend to provide single use straws for their consumers, even fancy restaurants are doing it as well. Products from home industries to mega factorial industries are being packed in plastic packages.

As we know that not all plastic waste is being processed wisely, there is only small portion of those plastics are being processed in Indonesia. The rest of it is going to either landfill or the river. Yes, if you ever visit Indonesia, you will witness yourself how rivers in the country are polluted by plastic.

What kind of plastic is polluting Indonesian rivers? Many kinds, and most of those trashes are single use plastic. This is also a major problem for the country itself, putting them just second after China when it comes to dumping plastic waste into water bodies.

A study conducted by University of Georgia stated that 3.22 million metric tons of plastic waste is annually being tossed into Indonesian water bodies. Still far from China that toss almost three times more plastic into water bodies, but that’s nothing to be proud of.

Among the most polluted water bodies in Indonesia, there are some rivers being known to have the highest pollution level. Those rivers are Ciliwung river, Brantas river, Solo river, Serayu river, and Progo river. All those rivers are located in Java, the most populated island in the archipelago. 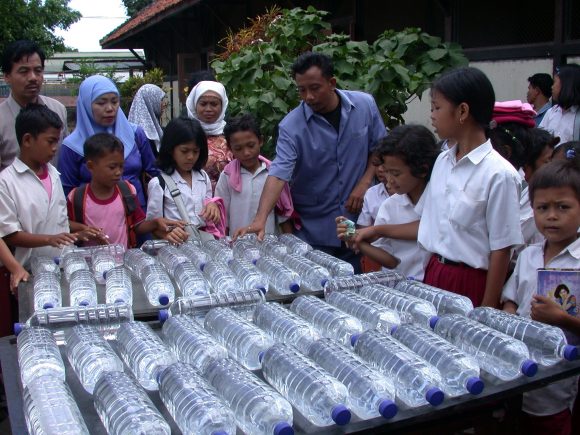 Well, different country has different problem with plastic, as well as Indonesia. Actually, the government have tried to remind people on how to trash responsibly, but it might have been Indonesia’s mindset to throw plastic wraps away anywhere.

Such mindset might be the result of traditional habit. In Indonesia, foods used to be wrapped in banana leaves or any other kind of leaves. And after eating those foods, people can just throw away the leaves anywhere without thinking of its environmental impacts.

But as the world got more modern, plastic came to the country to replace the leaves as food wraps. It might be the reason why Indonesian people throw away plastic wraps away anywhere without thinking of the environmental impacts.

Changing such mindset should require a huge effort for anyone who concerns, thus different approach to eliminate plastic pollution is needed. Instead of wasting time to remind every Indonesian people to treat plastic waste responsibly, why don’t we just make a plastic that can be thrown away without harming the environment?

And yes, that’s the approach done by some Indonesian youngsters, developing a new kind of ‘plastic’ that will not harm the environment even if it is thrown away into the river. Here we take two examples of those ‘new plastics’. 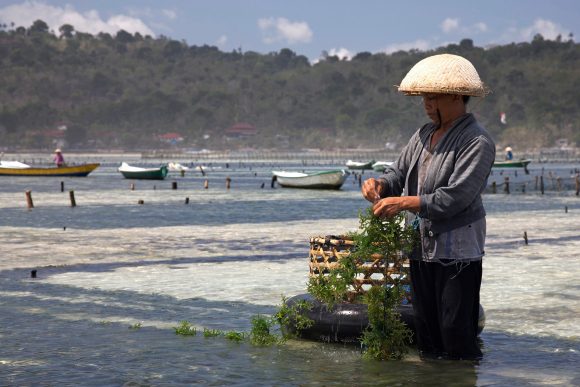 David Christian, a young entrepreneur from Indonesia decided to take his chance to build a company named Evoware to use seaweed for solving Indonesia’s plastic problem. By using processed seaweed, Evoware can replace single use plastic wraps.

The processed seaweed can be turned into edible ‘plastic’ glass, sachet, and food wrap. Although the process is still done in small scale and at this moment is only available for companies to sample, but it opens up a whole new chance for us to fight global plastic problem.

“We’re expecting to be fully automated by next year. When that happens, our edible packaging will cost around 30% more than existing plastics, which is competitive,” said Christian to The Guardian. And the opportunity for this company to grow bigger is wide open.

Christian said that they are also currently working with seaweed growers to make the production scale bigger. “We teach them how to grow high quality seaweed and to wash it properly, plus we pay double the price they’d normally get,” he said. The only thing they are looking for right now is the support to grow their company, and once they get the support, they will begin mass-production. 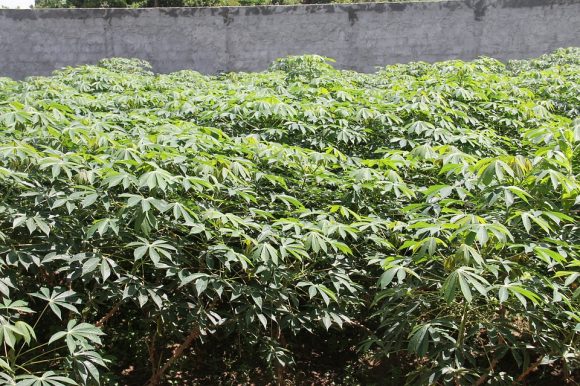 Avani Eco is developing alternatives of plastic by producing bio-degradable, even edible, wraps from plants. In example, Avani Eco has produced cassava ‘plastic’ bag, sugarcane food wrap, and straw made of corn.

The cassava ‘plastic’ bag is the most popular and widely used product of the company. “I am a diver and a surfer. All this time, I saw huge amount of plastic waste right in front of me while doing those activities,” said Kumala to Deutsche Welle.

Kumala showed in a video how the ‘plastic’ bag can be dissolved in warm water. Not only that, he then drank the solution without a doubt. “It shows hopes for sea creatures, since they can avoid getting choked or swallowing harmful things,” he said.

So, Indonesia might be the second biggest plastic waste producer in the world, but they also come up with some great ideas to solve it too. What those start up companies need to entirely solve plastic problem in the country is some supports.