Komodo dragon has been roaming on this planet for millions of years. For at span of time, they have witnessed a lot of natural disasters and how it healed itself. During that time, they have proven their strength to survive.

The giant lizard is then given the title as the only living prehistoric animal on earth, because indeed their existence can be dated back to prehistoric time. But soon, their existence might be under threat because of one specific reason: human infrastructure.

Komodo dragon can be found in Komodo islands, an archipelago located in southern part of Indonesia. It has been a famous tourist destination. And to invite even more tourists, Indonesian government is planning to make it a modern ‘Jurassic Park’.

How will it affect Komodo dragon population? Here in this article, we will talk about it.

The dragons are solitary animals by nature. The only times they are coming together are the times when they breed or when they find good prey that’s enough to be shared. Other than that, most of the times they will fight each other when they meet another individual.

They are good definition of predators. They stalk their preys by their long and forked tongues that can detect scent, and kill them with their bites. To chase preys down, they can run with the speed up to 20 kilometers per hour, which is enough to chase down a buffalo and bite them with their deadly bites.

The bites contain infectious bacteria that can kill the preys in hours, even minutes. The reason for this deadliness is a kind of venom secreted by their venom glands located in their lower jaws, which doesn’t give immediate death but slow and agonizing one.

They can only be found naturally in Komodo islands in Indonesia, and they cannot be found nowhere else. That’s why, many people who want to meet them directly must go the islands even though it means they have to spend a good amount of fortune. Nevertheless, their charm brings thousands of tourists every year to their homeland.

This is the reason why Indonesian government want to develop the site. What’s actually the thing that Indonesian government is planning to make? As mentioned above, Komodo islands are going to be transformed into modern or real world ‘Jurassic Park’. And the way to make it is to build a huge theme park. 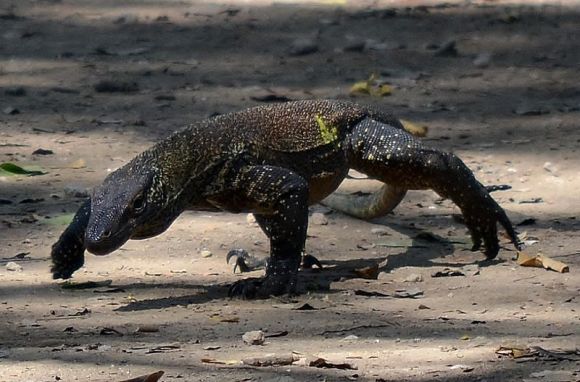 The difference between Komodo islands’ theme park and other prehistoric-themed park is the main attraction of this park should be Komodo dragons. Of course, it invited the concerns of many environmentalists, because they worry that Komodo will be disturbed with the presence of a lot of humans.

“’Jurassic Park,’ really? This is a mistake. I really don’t understand what the government is thinking,” said Aloysius Suhartim Karya, local tour operator, activist and former park ranger at Komodo National Park as quoted from The World.

But making the komodo its main attraction is not the only thing that should we all worry about. It is about the infrastructure that would be built in Komodo islands for the sake of making it a modern day Komodo theme park.

The market targets for this theme park are mostly wealthy tourists, because they simply want to spend more money to meet his giant lizard. Thus, the infrastructure that is going to be built must be sophisticated enough to satisfy them. 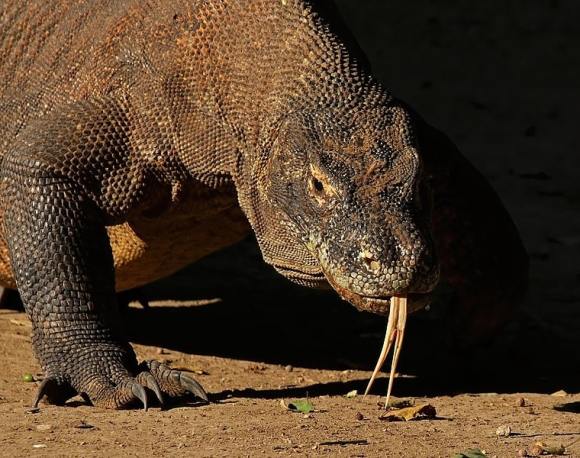 At first, not so many people knew about the mega project that the government was building in Komodo island. But a picture of one individual Komodo facing a material truck became a boost of attention from a lot more people in Indonesia.

The image raised concerns about the impact of new infrastructure and how it is built toward the conservation of the ‘dragons’. A lot of people question whether the Komodo dragons’ rights are going to be respected or not.

Komodo is known as a wild animal that doesn’t really like to be disturbed in its natural habitat. Nowadays, there are only around 2000 individuals exist on this planet, and all of them are living in the island where the mega project is built.

Environmentalists worry that by the time the ‘Jurassic Park’ is finished, there would be not enough Komodo left. The presence of big machinery, loud noises, paved ground, and workers with their ‘self-defense’ tools can be threatening to both the Komodo’s physical and mental health.

The government is planning to finish this mega project to complete by June 2021. Even though many environmentalists strongly disagree with the government about the building of the theme park because of that reason, the mission is still carried on.

What The Government Said 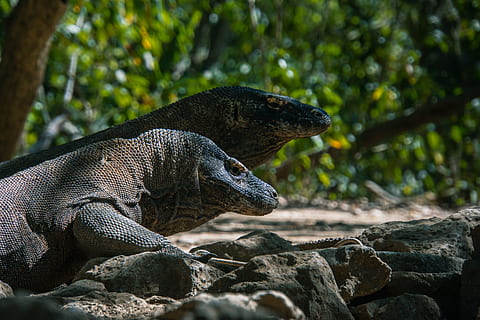 So, what did the government said about this mega project that seems like doesn’t respect the giant lizards’ presence? They say that this project will not impact overall komodo population and instead will boost local economy.

“I don’t know how (the project) came to be perceived as Jurassic Park,” Wiratno, the Environment and Forestry Ministry’s director general for natural resources and ecosystems, said to Jakarta Post. “The project is run by the government, not the private sector.”

He said that the government is just planning to make komodo tourism more sophisticated and integrated, not turning it into a ‘Jurassic Park’. “We want an integrated system that allows (tourists) to view the Komodo dragons in a sophisticated manner,” Wiratno said.

Another statement made by the government said that the project will not endanger the lizards’ population. “The Komodo dragon population remains stable at the Loh Buaya tourist location. If we control it properly and minimize contact with the animals, tourism activities will not endanger the population,” said Nunu Anugrah, the ministry’s spokesperson.

Nunu said that the workers are very careful with their heavy equipment, and only use equipment that cannot be replaced by human such as excavator. In addition to that, the government has deployed around 10 rangers to monitor komodo dragons around the building sites so that nothing unwanted would happen.

Walhi director in NTT Umbu Wulang Tanaamahu Paranggi doubted the government’s statements because infrastructure development in natural environment will bring so many changes. Umbu stated that not only natural biodiversity is going to be disrupted, but it can also contaminate groundwater.