You are here: Home / The Species / The Un-Bearly Facts About Koala Bears

Imagine an animal that appears like teddy bear, but with furrier ears. Spending almost their entire lives on the trees, and vegetarians. Do you know what animal we are talking about? It is koala, one of the cutest animals on earth!

Koala is like the symbol of Australia, along with kangaroo. The animal is usually called koala bear too, even though they are not related at all with common bears we know.  In fact, they are more closely related to wombats.

Are you surprised with that fact? Well, if you do, you don’t seem like knowing this animal that well. That’s why, in this article we are going to tell you some interesting things about koala bear, and its cutely habits. 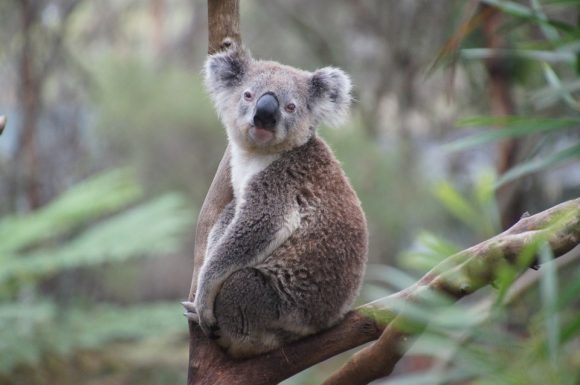 Koala is actually an aboriginal name, that means “no drink”. Indeed, koala is rarely seen to be drinking water, and spend most of their lives on top of the trees like mentioned above. So, how do they fulfill their hydration requirements?

The amount of water they need to survive is actually fulfilled by their food, just like hamsters. Koalas are known to love consuming eucalyptus leaves, and the moisture in the leaves they eat provide enough water for them to survive.

That’s why they only drink water occasionally. So, how many leaves are enough for them that they can live without water for their entire lives? Data said that averagely a single adult koala consume two and a half pounds of eucalyptus leaves every day.

That’s so many leaves compared to their body size, and it comes with unexpected feature. Because they eat so many leaves, koalas take on the fragrance of eucalyptus oil contained in the leaves. That’s why, koalas smell like cough drops or eucalyptus oil.

Oh, and koalas are maybe the only living mammals to be able to consume eucalyptus leaves, actually. The leaves are actually toxic for most mammals, but koalas can survive the toxins because their body produces cytochrome P450, which break down the toxins in the liver. 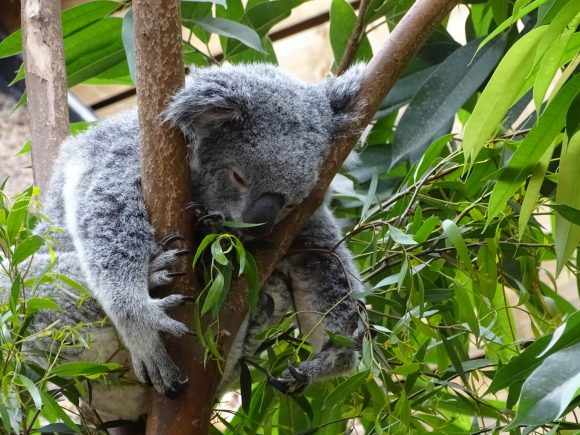 Another thing that you need to know about koala is that they are sleepyheads. Koalas sleep about 18 hours a day, and only wake up to fill their furry tummies. Koalas sleep by tucking themselves on the trees, so that they don’t risk themselves falling.

This is another reason why they don’t seem to drink water a lot, because most of their lives is spent sleeping. Baby koalas even need more time to sleep, they can spend up to 22 hours a day sleeping in their moms’ arms.

Ah, and in addition to that, koalas grew strong cartilage at the end of their curved spine. This feature prevents them from falling even though they sleep on top of the trees. It means they have a very nice butt, by the way.

Average male koalas can live up to 10 years, and average females usually live a few years longer. Imagine spending more than two-third of that time sleeping. Thus, mathematically, average koalas only wake up for less than three years.

In that three years of waking, usually koala only spend about 15 minutes on social behaviors every day. Can we just be koala for like a day, so we don’t need to socialize with others too much and spend most of our time sleeping?

They Are Cute From The Start 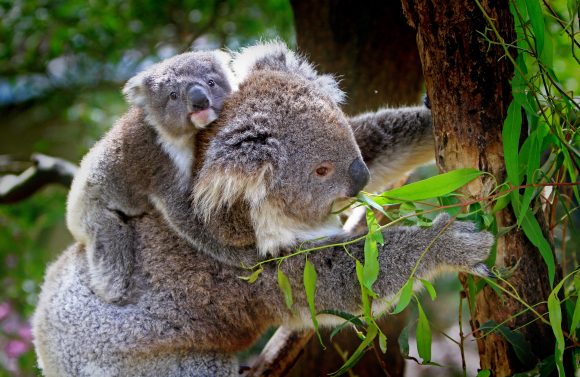 We know that koalas are cute, and that’s right. But don’t you know that they are actually born cute already? Baby koalas are called joey, and they are born in the size of a jellybean. Joeys are born furless, blind, and even earless.

Breeding season for koala usually starts at August and ends at February. This is might be the most active time for them and the most social time also. Younger koalas usually also leave their mothers at this time, giving space for her to produce more babies.

Females usually starts to breed at three or four years of age. Usually, only one baby koala is born each season, but not all female will breed each season. Many are producing one offspring each two or three years, depending on the situation.

After the baby is born, mommy koala will carry the joey in the pouch in her belly for up to six months. And after the joey emerges from the pouch, it will cling to the belly or back of its mom for another six months. That is the image of baby koala we usually see.

Oh, and talking about cuteness, koala might seem cute and fluffy, but their fur might not be the smoothest in animal world. Their fur is actually thick and wooly, because they care more about protection than attention. The fur protects them from both hot and cold weather, and also help them to repel water. 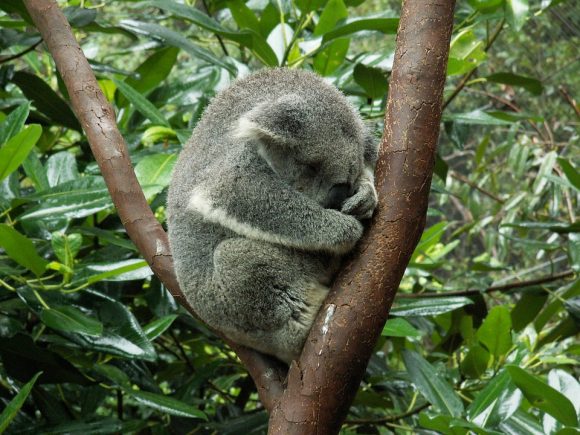 So, we have talked about the cuteness of koalas and their strange habits. Let’s now talk about their status in the wild. Koala is listed as ‘vulnerable’ by The International Union of Conservation of Nature (IUCN) Red List of Endangered Species. There are only about 80,000 koalas left in this planet.

Even Australian Koala Foundation has listed it as ‘functionally extinct’. The reason is because the number keeps dwindling year by year, because of many reasons. Habitat destruction, traffic deaths and attacks by dogs are the main reasons why koala population is dwindling.

“The AKF thinks there are no more than 80,000 Koalas in Australia. This is approximately 1% of the 8 million Koalas that were shot for fur and sent to London between 1890 and 1927,” as stated by Australian Koala Foundation.

Functionally extinct means that current koala population no longer plays important role to the ecosystem. And with rising temperature carried by climate change, the foundation considered it is almost impossible for them to make a rebound.

“It is time for it to stop and it is time for Australian forests to be protected. The new Australian Government could swiftly put the Koala Protection Act in place. It would be a great way to start by protecting Koala forests which cover 20% of our continent,” Australian Koala Foundation stated.

For 1 Hour, South Australia Was 100% Powered By Solar Energy