You are here: Home / Eureka Green / What Is Molten Salt Power Plant? Here We Explain This Innovation

Solar power plant, just like its name, relies on the presence of bright sun shining over it. But in some parts of the world, the sun is not always shining brightly. In example, when it is cloudy outside, solar power cannot generate maximum energy.

But with molten slat plant, such kind of thing may not become a problem anymore. Even in the night, molten salt plant can generate energy with almost similar works as solar power plant. But how can even salt generate energy?

Here in this article we will explain a bit about molten salt power plant, and why it might become a trend in the future.

The Solar Energy We Know 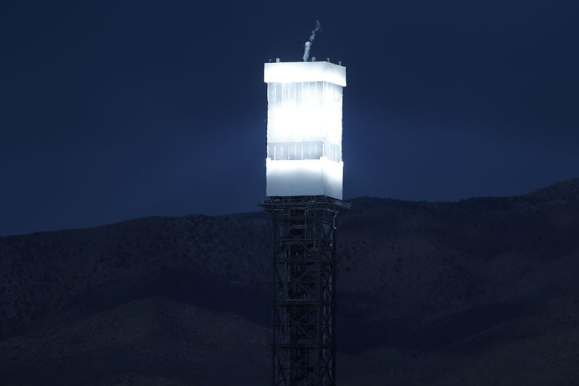 We will always live under the sun, unless we move to another planet in another solar system where we rely our lives on another star also. Maybe we can say that sun will outlive mankind, and during that time it will release so much energy.

This energy released by the sun is the energy harvested by solar panels. And since it is free, non-polluting, and will never run out, solar power is a good alternative to fossil fuel. However, it doesn’t mean that solar energy doesn’t have weaknesses, with weather and nighttime are in particular their biggest weaknesses that we already know.

From those things, we can see how stability to supply constant amount of energy is the biggest weakness to solar power. Luckily, many solar power plants have already solved that by installing rechargeable battery in their solar plants.

In this case, when the sun shines so bright, the excessive and unused energy will go into the battery. And when the time comes where solar plants cannot produce energy, the energy stored in batteries will be used up until it is empty. 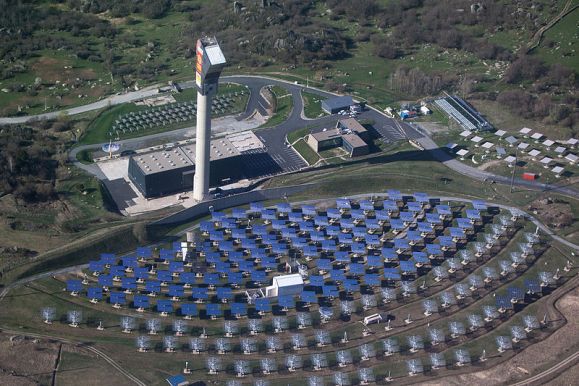 That’s the case when solar energy is harvested with photosensitive panels utilizing photovoltaic effect. But in molten salt solar energy generation, almost all of those things can be solved in just one go. So, how does it work?

The source of energy for molten salt power plant is the same as solar panels, which is the sun. Thus, it has the same benefits just like mentioned above. However, the concept of harvesting energy is slightly different between the two.

Molten salt power plant doesn’t utilize the photovoltaic effect of the sun, but rather simply use it for its heat. The heat is harvested by focusing sunshine into one spot using mirrors which are specifically arranged to reflect the sunshine into just one point.

Using this technique to focus sunshine into just one spot, a lot of heat is accumulated. The spot that it is pointing into is a tower of salt tank. The salt in the tank will melt because of the heat, and then just like water will run through pipes into steam boilers.

The rest of energy generation process is almost similar to how we produce energy by burning coal. Except, the steam boiling process doesn’t produce carbon dioxide. The process will only produce cooled-down salt, which will be sent back to the tank tower to be heated back.

What’s the benefit of molten salt power plant compared to conventional method of harvesting sunlight for electricity with solar panels? There are some benefits, in fact, if we are planning to use it for medium-scale power generation.

One of the main points for this power plant is its ability to generate electricity when the sun doesn’t shine as bright as usual. The reason is because it doesn’t ‘harvest’ the photons emitted by sunlight like solar panels.

Instead, it ‘harvests’ the heat generated by the sun. Sunshine will always generate heat even if it is cloudy outside, and what this power plant does is collecting the heat and focus it into one point with the mirrors. You can do an experiment to test this fact by putting your finger inside the reflective part of flashlight.

Second benefit is the storability of energy. The tank can store the heat of molten salt for a long period, usually around 6-10 hours, which is enough time to provide us enough energy to light up our lamps during nighttime.

“We can deliver electricity ‘on demand’ the same way a coal, natural gas or nuclear fueled plant does – but without emitting any harmful pollution or hazardous materials – providing a genuine alternative to conventional power generation,” said Kevin Smith, CEO of SolarReserve that is working on this technology in United States.

Is It Going To Be The Future? 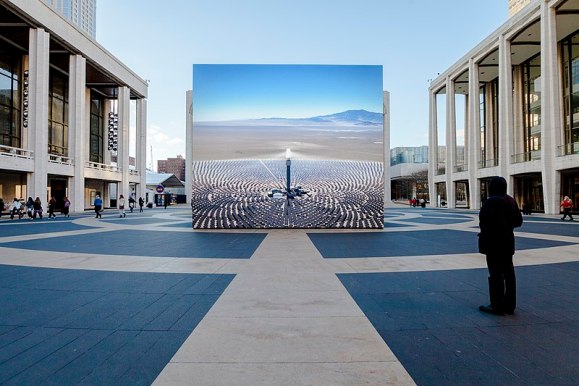 With more innovations in green energy generation being made from time to time, we will have more and more options to choose. But will molten salt power plant ever be in that list of choice? In some areas, it might be the best choice.

In SolarReserve’s second power plant built in Australia, molten salt power plant has proven to be able to provide not only stable energy generation, but also a cheap one. It costs only 6 cents per kilowatt-hour, compared to CresentDunes solar energy project. Both are cheap and getting cheaper.

But again, the real enemy is not fellow solar-powered power plant, but coal plants. And in this case, molten salt power plant wins by a landslide. Not only it is cheaper, it is also eco-friendlier. In addition to that, it doesn’t have the problem that solar panels have: stability to supply energy.

But 110 Megawatt of electricity is enough to power more than 35,000 homes with high electricity consumption. To support a small city, that’s enough electricity. But to support a city like London, we might need bigger plant.