You are here: Home / The Species / Let’s Talk About The Peculiar Monkey ‘Gang’ War In India

Have you ever watched movie entitled Planet Of The Apes? In that movie, apes are fighting against primitive humans and blood was shed. Maybe such kind of thing can only happen in another galaxy or parallel universe, but in this planet, there is something almost similar that already happens with monkey gang war.

There are two places in this planet where monkey gang war is happening, and in both of those places it led to a lot of loss to us human. Maybe we should not take this phenomenon lightly, because in some occurrences, humans’ lives were taken.

But what is this monkey gang war all about? Are the monkeys are finally evolving into something more civilized and conduct war just like what humans do? Or is it our fault because our activities are actually the trigger for this war?

Here in this article, we will talk about this peculiar phenomenon.

The Origin Of Monkey Gang War 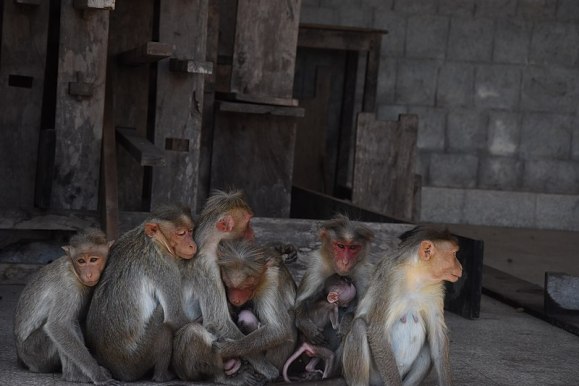 Every single creature on earth is meant to live peacefully side by side, even food chain is a way of nature to keep the balance. However, because of one and another reason, human activities have disrupted the peace between species.

Human’s unlimited greed for natural resources is the main reason for that to happen, and we cannot deny it. Monkey gang war in India and Thailand are the two phenomena that can be a great example for that statement.

When the balance is disrupted, chaos will happen. Later on, we will be the one who fall victim. “India has been facing a monkey menace since the late 80’s. Before that, humans and primates peacefully co-existed without such conflicts,” Dr Iqbal Malik, a primatologist, told Vice in an interview.

The primatologist who has 40 years of experience studying monkey in India said that there are variety of reasons for that chaos to happen. However, there is a clear pattern that even commoners can notice without having that much of experience.

“Lack of population control of both humans and monkeys, depletion of forest areas which could have been habitats for monkeys, and shift to monoculture farming has led to increased rivalry and aggression amongst monkeys,” he said.

Clash Of The Species 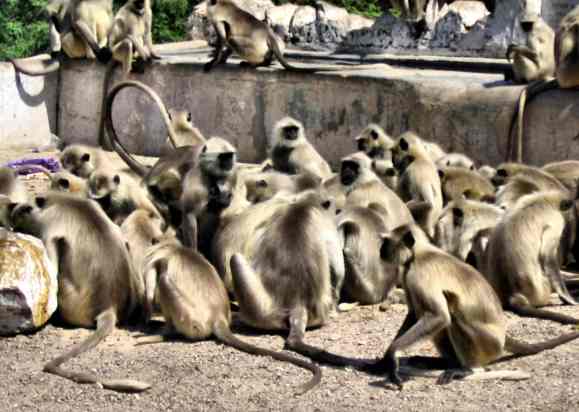 To prove the statement, data collected by analysts found that India have lost 310,624 hectares of forest cover between 2002 and 2018 alone. Deforestation for housings and industrialization are the most responsible activities for that loss of forest cover.

While humans left less resources and room for the animal to live, the number of monkey population are left uncontrollable. The reason for this is because Indian people treat monkeys as the descendant of Hanuman, the monkey deity.

Since human have more power than monkeys, this is a one-sided war. Somehow the monkeys are forced to accept their fate as it is, with less and less resources and room while their population keeps on growing. The result for that is a war between monkey ‘gangs’ to earn their rights.

The war become uncontrollable when the number of troops are so many. Nowadays, there are around 50 million monkeys are living in India. With that great number of populations, considering that India also has a lot of human population, encounters between the two species cannot be avoided.

In such case, eventually humans will naturally respond to the threat with something not less aggressive. “This aggression then carries on to humans, especially in cases when the land inhabited by monkeys is usurped by the authorities,” Dr Malik said.

The Impact Of The Monkey Gang War 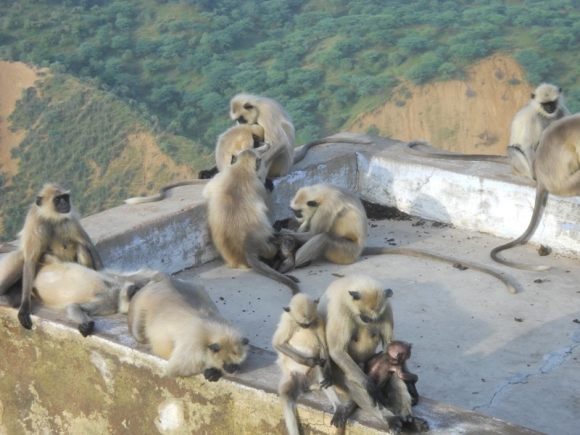 Monkey gang war is not something to be taken lightly of. It can last for days and take a lot of victims. Considering the scale of the chaos, sometimes the victims are from our species. India’s primate research center noted there have been at least 13 deaths caused by monkey attack since 2015 alone.

In addition to that, around 1000 reports of monkey bites occur every day in India. It is because the monkeys are no longer mere ‘animals’, they are now can be considered as ‘soldiers’ which are fighting for their territory and resources and will naturally attack intruders.

Such kind of thing would happen mostly in places that used to be natural habitats for monkeys. Realize the problem here? “Cities are connected by forests and technically a city too serves as a habitat to different animals for a variety of reasons,” Pawan Sharma, founder of Resqink Association for Wildlife Welfare (RAWW) said.

But even though it originated from our inability to realize how important to protect the nature, our selfishness still see us as something more important than the nature. Knowing that monkeys can be a threat to human being, Indian state of Himachal Pradesh declared monkeys as vermin and allow people to kill them.

First, we took their rights to live peacefully, and then we are hunting them because they threaten our well-being. “The monkeys are not the problem. Humans, who have created the circumstance that forces these animals into cities, are,” said Khushboo Gupta, the chief advocacy officer for PETA India.

Is It A Natural Thing To Happen? 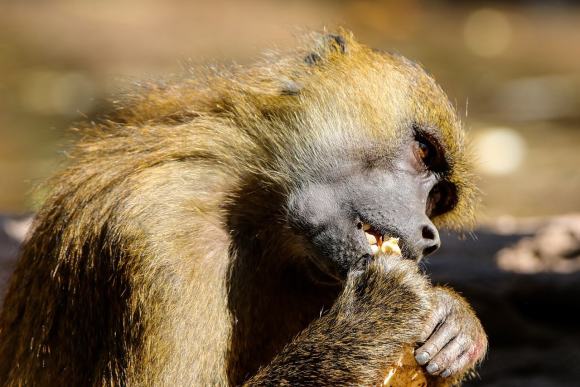 Monkey gang war, and monkey attack to human are not natural thing to happen because mostly they see us just as another species of animal. But because of our bad habits, their view and behavior toward humans and their activities changed.

And such kind of thing doesn’t only happen in India. In Thailand, monkey gang war also occurs in Lopburi where tourists used to give them food. The monkey got used to the new way of getting food and finally formed a habit of begging for food from tourists.

However, since coronavirus outbreak prevents the tourists to visit the place and give the monkey food. The monkeys are left hungry because of that, and a single spark from a single banana finally detonated the time bomb.

“They looked more like wild dogs than monkeys. They went crazy for the single piece of food. I’ve never seen them this aggressive,” said Sasaluk Rattanachai who witnessed the chaotic incident. So how should we prevent such kind of thing to happen?

India’s Clean Fuel Movement May Slow Down Because of Firewood