You are here: Home / The Species / The Truth And The Myth About Mermaid

Have you ever watched Ariel the little mermaid? If you have, then you should know what mermaids appear like. But if you haven’t watched the popular animated movie, maybe you still know what this creature looks like.

Mermaids are often described as humanoid creatures with human upper part and fish body at the bottom. Even though many movies nowadays tend to not adapt the description to depict a mermaid, but the classical description has been imprinted in our minds.

Mermaid has forever been an urban legend, or more precisely aquatic legend. This creature has divided human population into two opposing parts, the ones who believe in its existence and the other ones don’t.

In this article, we will try to talk about whether this creature is (or was) real or not. And if it is not, maybe we can try to find out what creatures are often mistaken as mermaids.

Christopher Colombus might belong to the ones who believe that this mythical creature is real, when stating that on his first trip to America he saw three mermaids off the prow of his ship. He even wrote on his journal about this encounter, describing mermaids as ‘not so beautiful’ creatures.

“On the previous day (it was 8 Jan 1493), when the Admiral went to the Rio del Oro (now called Haiti), he said he quite distinctly saw three mermaids, which rose well out of the sea. But they are not so beautiful as they are said to be, for their faces had some masculine traits,” as written in Voyages of Colombus 218.

Roman authorities also mentioned this creature in one of the artifacts. It was Pliny the Elder, Roman naturalist, who wrote a book called Natural History who wrote about half-human half-fish creature he called Nereids.

Even though Pliny had not had a direct encounter with the creatures himself, he provided a source for his belief that mermaids were real. The source included military force who saw a pile of dead Nereids on the shore of France and a sea-man who climbed onto ships at night.

Another source was from Captain John Smith, who was known for settling Jamestown and his relationship with Pocahontas. In Captain Smith’s story, it was described that the captain even fell in love with green-haired mermaid. So, many reputable people have even mentioned the creature. But what if they were mistaken? What creatures that could be mistaken for mermaids? 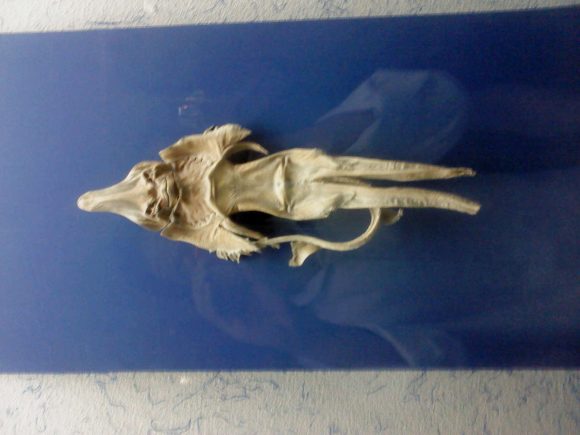 A mummified creature called Jenny Haniver is said to be the first one to be the ‘real evidence’ of the existence of mermaids. The reason is because this creature has something that resembles human face and human-like body form.

First ever recorded Jenny Haniver display was in Konrad Gesner’s Historia Animalium vol. IV in 1558. However, Gesner had warned that Jenny Haniver is actually a disfigured ray himself. But still, people at that time still believed that this thing was actually a mermaid.

Indeed, somehow this creature should have looked like a humanoid fish if it were alive. But the thing is, nobody has even seen this creature while it is still breathing. Most, if not all, Jenny Hanivers ever found and displayed are dead and dried.

Not only mermaids, Jenny Hanivers had also been mistaken for other cryptic creatures such as basilisks and dragons, even devils. Those cryptic beings are considered as dangerous beings, and that was the reason why no one had ever tried to hunt it.

But what creature is actually Jenny Haniver? According to Cryptid Wiki, Jenny Haniver is actually dead ray or devil fish which then carved or modified into something human-like. This is also the reason why most Jenny Hanivers are mummified, to maintain the form. 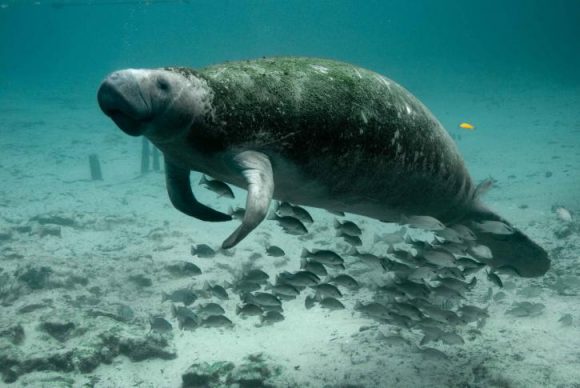 “A short time back, the skeleton of a mermaid, as it was called, was brought to Portsmouth, which had been shot in the vicinity of the island of Mombass. This was allowed to be submitted to the members of the Philosophical Society, when it proved to be the Dugong,” as written in England’s Magazine of Natural History.

There is no other reason why this creature is associated with mermaids, except for its almost-mermaid-like appearance. It has two important features of mermaids, with two legs on its upper body part and fish-like tail at the bottom part.

In example, the area where Colombus spotted three mermaids is the place where manatees live. While in Pacific Ocean, dugongs have been living legends for centuries. A 3000-years-old cave drawing was found in 1959 depicting the animal, and ‘dugong’ itself actually means “lady of the sea” in Malay language. 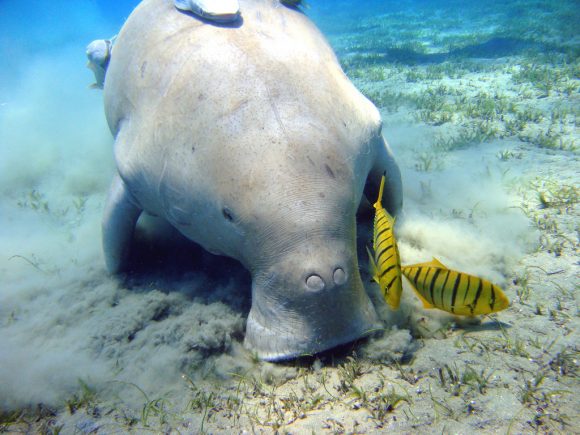 The question is, why there’s still no clear evidence whether mermaids are real or not? And there is one clear answer to that question, because ‘mermaids’ are rare. Not only the ‘real mermaids’, but also the animals that are often mistaken as mermaids.

Creatures that resemble Jenny Haniver, such as angelshark, is now categorized as critically endangered species. Commercial fishing and habitat destruction are the biggest threats to this marine creature.

In addition to angelshark, international Union for Conservation of Nature has listed Dugong as a vulnerable to extinction creature. While in Florida, many manatees are killed each year due to boating collisions. Latest data recorded 829 manatees died because of this reason.

The Rise Of Toxic Creatures Caused By Global Warming