You are here: Home / Eureka Green / Ghost Fishing: Do You Throw Away Your Fishing Gear Or What?

The sea is full of garbage as the result of human daily activities and the amount of it keeps on increasing day by day. At this alarming rate, scientist predicted that by 2050, the amount of trash in the ocean will exceed the number of fish.

Realize it or not, almost every single one of us have contributed to this environmental disaster. Daily plastic consumption and our ignorance to the piling up of debris are making this condition even worsen, and we really need to do something about it if we don’t want to let the prediction comes true.

Actually, many actions to save the ocean from garbage have been done. But without tackling it from the main source, those actions will be ineffective. That’s why, we should learn where those tons of garbage were coming from.

A short quiz, can you guess what activity actually contributes the most garbage to the ocean? If your answer is fishing, then you are right. Fishing is the most harmful activity to the ocean based on the amount of garbage produced.

It doesn’t mean that every fisherman is guilty for making the ocean dirty, but data showed that actually most of the debris found in the ocean are fishing equipment which was either thrown away or being abandoned by people.

Finding abandoned fishing equipment either floating or staying in the bottom of the ocean is not a rare thing anymore. This kind of thing is so common even people are naming those discarded, lost, or abandoned fishing gears using the term ‘ghost gears’.

There are so many ways how fishing gears get lost into the ocean, either being blown away by a storm, abandoned deliberately, or being robbed from the fishermen by a stronger fish. But why are those equipment called ‘ghost’?

Although any kind of fishing gear being abandoned in the ocean may cause this hazard, but some are more potent, such as nets, traps, and pots. Not only because those gears are bigger in sizer which means it would be easier for them to accidentally catch fish, but also because those are the most used and abandoned ones in the ocean.

The kinds of marine animal to be affected by the ghost gears are various, starting from small fish, crabs, dolphins, sharks, crocodiles, seabirds, until the biggest mammals in the ocean, whales. Being trapped in or with the ghost gears, the animals are under the threat of starvation, laceration, infection, and even suffocation. 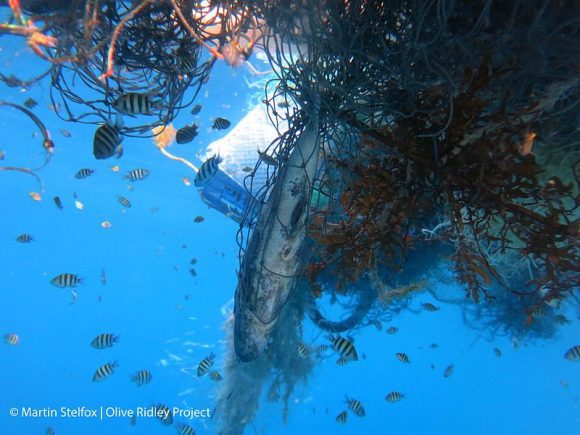 Being a thread under the sea surface, ghost fishing gears may also thread the lives up on the lands. The lost gears are not just a problem for animal activists, but also fishermen who depends their lives on marine resources.

And the amount of loss that the fishermen potentially lose is not small. The SeaDoc Society did some calculation and estimated that just a single abandoned net could kill $20,000 worth of Dungeness crab in the span of 10 years being a ghost in the ocean.

Another calculation done by The Virginia Institute of Marine Science estimated that abandoned crab pots scattered in the Chesapeake Bay area have been capturing more than 1 million crabs annually. Imagine how much lost is that.

If this kind of neglect keeps on happening from time to time, fishermen will be the first ones to be affected. Doesn’t stop just there, the chain reaction of marine ecosystem disturbance will slowly reach us and become a global disaster.

Twice The Size Of France 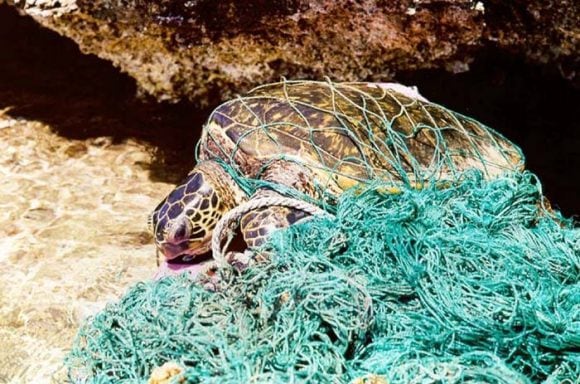 Actually, the timer has started ticking, a massive area of debris floating on Pacific Ocean was newly discovered. The garbage patch is the biggest to ever be discovered which is more than twice the size of France, almost 16 times larger than estimation.

“I’ve been doing this research for a while, but it was depressing to see,” said Laurent Lebreton, an oceanographer at Ocean Cleanup, a non-profit organization from Dutch that aims to tackle garbage patch in the ocean.

The patch is spanning about 1.6 million square kilometers, while the total size of France is about 800,000 square kilometers. The researchers who discovered the garbage patch predicted that this pile of garbage contains about 80 thousand tons of plastic.

“There were things you just wondered how they made it into the ocean. There’s clearly an increasing influx of plastic into the garbage patch,” Lebreton said. Not only showing how much harm we have built up in the ocean, but it also shows how ignorant we are to the nature. 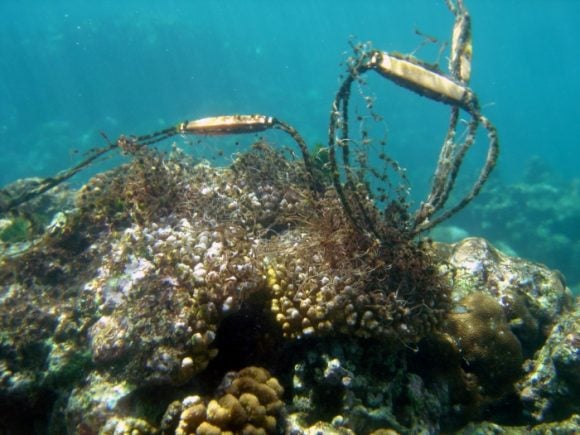 Looking on how much the garbage patch has grown this problem doesn’t seem to be a small thing anymore. Around 8 million tons of garbage has been flowing to the ocean annually for decades, and the garbage patch twice the size of France might be just one of many.

Lebreton said that we need to unite as one to encounter this problem. “We need a coordinated international effort to rethink and redesign the way we use plastics. The numbers speak for themselves. Things are getting worse and we need to act now,” he said.

And maybe there is a light in this case, lit up by more than 200 countries that signed a UN resolution. The resolution aimed at tackling plastic pollution in the ocean and functions as a pledge for those countries to help mother nature by no more polluting the ocean consciously.

Currently, Lebreton and his fellows are trying to develop a system of large floating barrier to capture plastic and concentrate it in one area ready to be scooped. “There is a big mine of microplastics there coming from larger stuff that’s crumbling down, so we need to get in there quickly to clean it up,” said Joost Dubois from Ocean Cleanup.