You are here: Home / Hello Earth / Natural Colorful Wonders on Planet Earth that You Should See

When we go on holidays, there are mostly three things we see: buildings (old/new, high/low), beaches, or green landscapes. It’s as if we don’t associate nature to other colors. Guess what? Our planet can be colorful too.

Visit these places to see the wonders for yourself. I’ve sorted them based on the colors so it’s easier for you to decide. 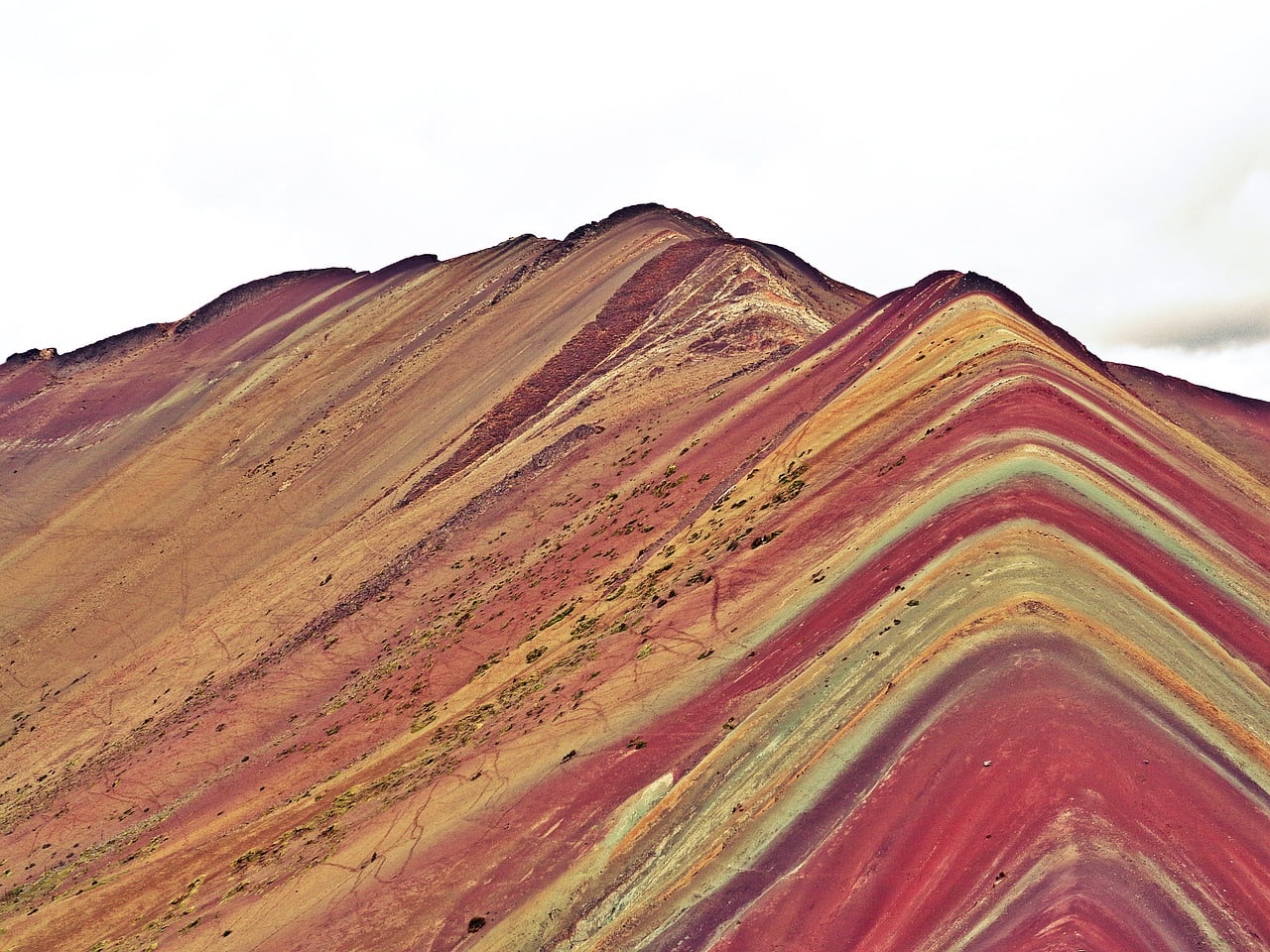 The unusually vivid sand dunes here is the result of volcanic activity. This geological wonder and its brilliant colors inspired the moniker Terres de Sept Couleurs, or Seven Colored Earths.

Mauritius, a former French colony, has become a popular destination for visitors not just for its aesthetic nature, but also resilience. The dunes appear to be immune to erosion.

It may sound like this place is manmade, but it’s not. When you go on a road trip through Route 66 in this state, you’ll see Painted Desert in Arizona’s Petrified Forest near the southeastern rim of the Grand Canyon.

Painted may be in the name, but it’s completely natural. It’s a combination of sediments from sandstone, clay, volcanic ash, and other geological materials. Colors like lavender, red, orange, and pink are from the nature here.

Although there is a chance that some people amplify the colors and splash a pigment. Let me know if this is what happens.

Montaña de Siete Colores (Mountain of Seven Colors) sits pretty way up in the Peruvian Andes. It was discovered recently and is a popular destination now. Although, the trek to reach it is kinda not for total beginners.

But once you get through the hike and uncomfortably high altitude, you’ll discover the gem. You’ll see thick rainbow stripes seemingly painted into the mountainside. It’s all thanks to mineral deposits over millions of years.

Part of a UNESCO World Heritage Site, the rainbow-hued mountains are, again, due to geological doings. Natural erosion caused layers of sand, silt, iron and minerals blend together to create a kaleidoscope of colors. It’s like Mother Nature is leaving brush strokes.

Because of crushed fossils, crystals, and coral from the Mediterranean, the coast of Italy’s island of Budelli has pink sand. Since it’s so rare, a lot of people have stolen the pink sand, causing the Italian government to ban visitors.

You can’t enjoy it up close, that’s true. But you can still stand near the beach and get a glimpse of its rosy tones.

And just a reminder, if you’re travelling with an irresponsible tourist, call them out.

No doubt you’ll find beautiful white-sand beaches in the Bahamas. Pink sand, on the other hand, a treat. That’s why you can visit Pink Sands Beach on Harbour Island in the Bahamas, which runs three miles along the island’s east coast.

Tourists claim that this place is nice for swimming because of the warm water, nearby coral reef, and calm waves.

You’ll find one of the most famous and most spectacular pink beaches on Komodo Island. Thanks to the red shells of tiny creatures called foraminifera with white sand, we have the beach’s pastel color.

Don’t forget about the waters too, and the landscape around. This place is really beautiful, and that’s an understatement.

Inside Alaska’s breathtaking Mendenhall Glacier, there are ice caves. But, this place is like Mother Nature’s way of giving us a treat when we earn it.

Yep, we’ve got to struggle first in order to get the reward. Explorers have to brave a kayak and then climb slippery terrain. Even so, the things we’ll see at the end of our endeavors will be worth it.

When we think of lava, we’ll imagine blazing red hues. That’s not what you’re gonna see in Kawah Ijen Volcano, oh no, no. Its lava is a striking blue due to the presence of sulfur.

That’s not all, you can marvel at the extraordinary electric blue flames at night. Additionally, there’s another blue view, which is one of the world’s largest highly-acidic lakes, Blue Acid Lake.

Banff National Park has a blue lake thanks to the icy meltwater and silt from the Peyto Glacier and the Wapta Icefields. For the best view of this sapphire-blue lake, go to the Bow Summit near Alberta’s Lake Louise.

If you’re up for a challenge, you can also hike down to the lake and to the glacier. Feeling tired midway? Rest at Banff’s natural hot springs.

High up in a natural reserve close to the Chilean border, is a shallow, red salt lake. Its striking appearance combined with large flocks of flamingos will make your eyes fixed on this view. The water gets its unique color due to red sediments in the water and pigmentation of some algae.

There’s something quite shady about colorful things in nature sometimes, and that’s the case here. Lake Natron looks otherworldly, but it’s also deadly. The pH balance of the water is enough to burn anything that’s submerged in it.

Nature does offer a lighter shade of red, which you can see on Middle Island off the coast of Central Australia. Right next to the Pacific Ocean, there’s a lake so pink you’ll wonder if this is actually manmade.

What causes it? There are several theories as to what gives this lake its color. One is its high concentration of salt, which attracts certain types of algae that secrete pink pigments.

In Turkish, Pamukkale means “cotton castle”. The seemingly-out-of-this-world terraces are another geological phenomenon. There are mineral-rich hot springs here that you can enjoy too.

I realize there are other colors here, but I think if you’re to stand here, you’ll see a lot of white, thus I categorized it here. This white salt pan that you can find within the Namib-Naukluft Park, is an otherworldly sight.

Maybe the petrified trees and rust-red dunes look a little bit glum. But if you look at it from the bigger picture, the contrasting colors and the dry mineral pan don’t look like anywhere else on this planet. Mars, maybe, but definitely not Earth.

Technically, this can go to the blue category, but the natural marble pattern makes me put it here. Anyways, Chile’s marble caves, locally known as Capillas de Mármol, is because of waves crashing into solid calcium carbonate for 6,000 years.

You can find it in the middle of Lake General Carrera. It’s a true natural treasure that when you find it, you feel like you’re in a video game finding a new, exciting location.

Bioluminescence is gorgeous. Most bioluminescent creatures are marine life, though, and when they light up underwater, the whole sea seems to magically sparkle.

Even though it’s not rare, seeing these is still breathtaking. It’s even more breathtaking when you see it on the River Derwent in Tasmania, because in the spring, there’s Aurora Australis. Natural colorful light up and down, I’m so in.