An Orca located in Iceland is doing something that most people in this planet would not believe. It sucks carbon dioxide from the air instead of what other ‘orcas’ do for living! Surprisingly, this Orca is doing very well. How can?

We are here to inform you that the plant is currently working as you read this, and it has been capturing tons of carbons from the air as you finish the day. Isn’t it amazing how responsible technology can help us save this planet?

Well, it is a good thing to talk about, and here in this article we will talk about this Orca further.

The Orca We Are Talking About

This is one example how technology can be used to tackle our biggest problems, which are climate change and global warming. The Orca we are taking about is a carbon capture plant that absorbs carbon dioxide from the air directly just like how we breathe in oxygen.

Orca is derived from Icelandic word which means energy, even though the plant itself consumes a lot of energy to do what it is supposed to be doing. But because it absorbs a lot of carbon dioxide, it might become a new ‘energy’ for us to fight against global warming.

The carbon dioxide absorbed by the plant is then buried into the ground. Yes, you don’t read it wrong. The plant captures carbon dioxide from the air, mix it with water, and then pump it deep into underground basalt caverns.

The whole thing is powered by renewable energy harvested from surrounding geothermal power plant. This is one of the reasons why the plant is built in Iceland, because the country has huge renewable geothermal energy supply to power the carbon capture plant.

So, how does the plant do it? The detail of the process would be like this: at first, regular air is absorbed by the plant. The absorbed air is then filtered with spongelike filters to catch the carbon. Filters full of carbon are then heated in another room to free the captured carbon.

This carbon is then mixed with water so that it can be pumped into the underground basalt caverns. There, the mixture will cool down and turns into some kind of stone with dark grey color. The stones cannot do harm from underneath, so it is a safe disposal method.

By the way, who do they inject the mixture of water and carbon into the underground basalt caverns? Well, actually that’s just an option that the carbon capture plant chose because the method is just one way to dispose carbon.

There are many other options that can be done with the carbon. One of the examples is turning it into fuel. Carbon dioxide can be mixed with hydrogen to make fuel in form of methane that can fuel homes, water heaters, kilns, and turbines.

There is also an option to make carbon dioxide a ‘fertilizer’ for crops that can be used by farmers. Carbon dioxide fertilization effect can make plants conduct increased photosynthesis rate while limiting leaf transpiration rate.

The process indeed sounds sophisticated. But with that sophistication, comes great price to do every process. Today, it requires around $600 to $800 per metric ton of carbon dioxide captured and stored underground.

Based on calculations, the range of price that makes the plant economically beneficial should be only around $100 to $150 per metric ton.  As said by Christoph Gebald, a corkscrew-haired Swiss engineer who co-founded and co-directs Climeworks, it is still very difficult to lower the production price to that level.

But the amount of money that we need to spend this planet is never too much compared to the price of our nature. “If people hear those numbers for the first time they might think, ‘Oh wow, that’s expensive,’ but it’s always a question of what you compare it to,” Gebald said.

In the future, with the advancement of technology, Gebald predicted that the cost will surely go down. But his prediction expects the prices to go around $200 to $300 per ton by 2030, which is still twice the number that can make the process profitable.

Further, his calculations predicted that the price can go down even lower by the end of 2030s with more advancement in technology. Well, apparently, we still have to wait for another decade to make this incredible technology a ‘trend’. 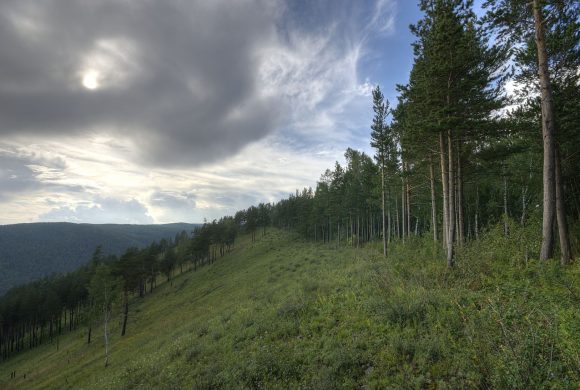 The technology to absorb carbon from the air and then store it beneath the ground is actually not a new one. Yes, Orca is doing an incredible job to do that, but don’t you know that this is actually an ancient or maybe even prehistoric thingy?

For your information, trees have actually done such kind of job since the beginning of life on this planet. Trees are able to filter carbon dioxide from the atmosphere and change it into oxygen instead by using a process called photosynthesis.

But the problem with that is, not everyone respects what trees do and as a result deforestation happens everywhere. In photosynthesis, trees absorb carbon dioxide from atmosphere and use it to cook its own food. The absorbed carbon dioxide is stored in their trunks and leaves.

When trees are cut down, they release the stored carbon dioxide back to the atmosphere. And that’s just the reason why we have a lot of carbon in the atmosphere nowadays. Funny, right? We built expensive carbon capture plant just to let the natural carbon capturer be cut down on the other side of the planet.

Yes, the Orca plant is an incredibly good thing to have, but isn’t it better to have the whole Borneo rainforest intact?