You are here: Home / Hello Earth / Organisms On Earth May Prove That Martians Exist

Living in this unlimitedly vast universe, of course it is a little bit lonely to think that earth is the only place where living organisms exist. That’s why, almost every one out there try to discover other life forms from outer space.

You might have heard about Martians, the creature living in our brother planet Mars. Some people believe they exists because they have ‘seen’ them, while some others just look at it as made-up scientific fiction characters.

Some discoveries of fossil-like rocks have raised the hopes and dreams of researchers and ‘believers’ to claim that living organisms exist, or has ever existed, in Mars. However, up until now there is still no clear evidence to support the claim.

The mission in sending rover to the planet also has not come into any Martian encounter. Well, however, it is still an interesting topic to talk about, since some researchers said that Mars was as lively as the Earth long time ago before a catastrophe changed the planet to a ball of desert like nowadays.

Is it or has it ever been there any kind of life form in the red-hot planet? To answer the question, maybe we have to look back to the earth. 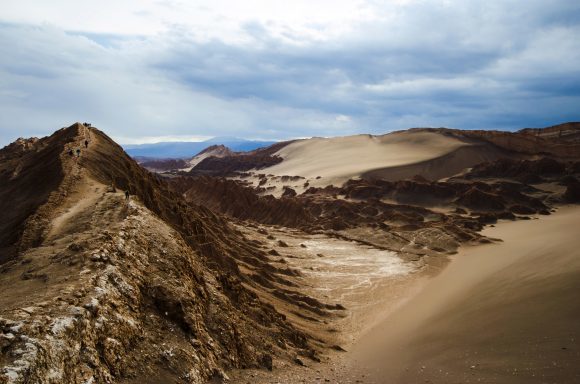 Atacama Desert in Chile can be described in three words: salty, windswept, and dry. Those characteristics may also be used to describe Mars, and that’s why the desert is said to be the closest resemblance of the planet on earth.

Actually, there is another similarity between those two: being stereotyped as lifeless place. While we may have not discovered any kind of life forms in Mars, but Atacama Desert has successfully proven that the stereotype is wrong.

Even though most of the time the desert seems empty and lifeless, but actually there are plenty living organism inhabiting the place. Seeking protection from the heat, the living organisms such as bacteria, fungi, and other microbes are hiding a few feet beneath the dry sands pile.

Not only seeking protection from the heat, but they also want to avoid getting any harm from the damaging ultraviolet radiation and the dryness of the desert. While keeping themselves underground, they stay inactive for long period of time until the right time to emerge. And the right time is the appearance of water, it might be rain or just thick fog around the area.

From Desert To Flower Field 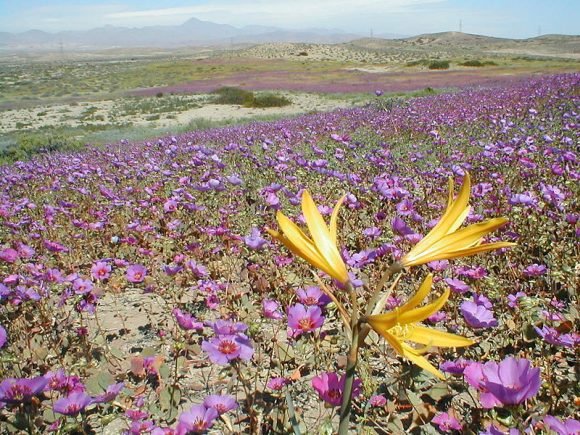 This behavior was first discovered by a group of researchers led by Dirk Schulze-Makuch who visited Atacama Desert in March 2015, just weeks after a heavy rain fell down on the desert. The rain triggered dramatic flower blooms in that one of the driest place on earth.

Not only collecting the sample in one take, they did it too in 2016 and 2017. From every sample of soil taken by the researchers, they found a similarity. The microbes are showing the presence of a molecule called ATP, the currency for storing and transporting energy in the cell.

Based on the data, the researchers concluded that rather than wetter areas and wet period soil attract more microbes, the soil just have more active microbes. While in the drier areas and dry period soils, the microbes are being inactive or hibernating, waiting for the rain to wake them up.

“It showed the amazing adaptability of life even to sustain itself where it rains sometimes only once a decade. Just a bit of moisture, and life can persist and make that area—with very little water, high UV irradiation rates, and chemical stresses—a habitat, at least a transient one,” said Schulze-Makuch.

One thing to note about this ‘hiding’ behavior is that any living organism doing it will lose its ability to self-repair, because the self-repairing mechanisms in the cells are being dozed off. Since Mars hasn’t seen any rain for eternity, some, or most, of the organisms died during the hibernation.

“It’s kind of darned if you do, darned if you don’t,” said Penelope Boston, director of NASA’s Astrobiology Institute. When they hibernate, they might get the protection from threats on the surface, but they won’t be able to heal themselves when they are damaged.

Looking on the characteristics of living organisms in the Atacama Desert, scientists predict that similar behavior might be done by living organisms in Mars. Which means that the reason why up until now we haven’t found any prove of their existence is because they are hiding under the red-hot surface.

The organisms in Atacama Desert tend to be inactive while the environment of the surface is unsupportive for them. Not only microbes, but even plants and flowers will only show themselves once the wet period comes, such as in August 2017.

And if the wet period doesn’t come in a long time, they will stay inactive, showing no signs of life at all. Scientists predicted that similar behavior is applied by the Martians. So, even though we might have touched living forms in Mars, we misidentified it as casual rock since it showed no signs of life. 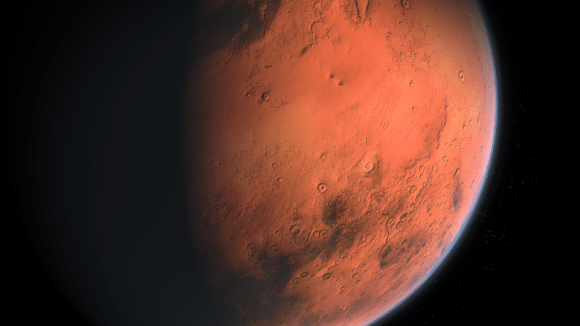 One example is how the planet has not been touched by water for billions of years. During the hibernation time, it is fair to imagine most of the living organisms there are already dead. However, it doesn’t close the door to any discovery of such living organism.

In the hibernation state, any living form can ‘live’ much longer than being exposed to the environment. Although the last rain on Mars happened billions of years ago, there is still a small chance that some of the organisms will emerge from their hide when they smell water.

Thus, to prove whether this theory is right or wrong, maybe the scientists should wait for the rain to come in Mars. Or maybe create their own artificial rain, or what it seems to be the rain in the planet – different planet might have different kind of rain, like it is raining diamond instead of water in Jupiter and Saturn.

Flowers Can Hear The Buzzing Bees, Can We Use It To Help Us?

Researchers Are Planting Wildflowers To Save Our Future

Finally, Some Tips On How To Grow Wild Flowers