You are here: Home / Hello Earth / 5 Unique Facts About Rain, Raindrops, And Rainfall

In tropical area near equator, this is the rainy season, and rain falls down almost every day. We all know what is rain, water dropping from the sky in great amount to make the earth wet. But how well we really know about the rain?

Based on Wikipedia, rain is liquid water in the form of droplets that have condensed from atmospheric water vapor and then becomes heavy enough to fall under gravity. And it means rain can only happens when several components are met.

While behind those components, there are some unique facts that you might have not known. Here we will give you 5 unique facts about rain, raindrops, and rainfall.

1. Not Every Single Raindrop ‘Make It’ 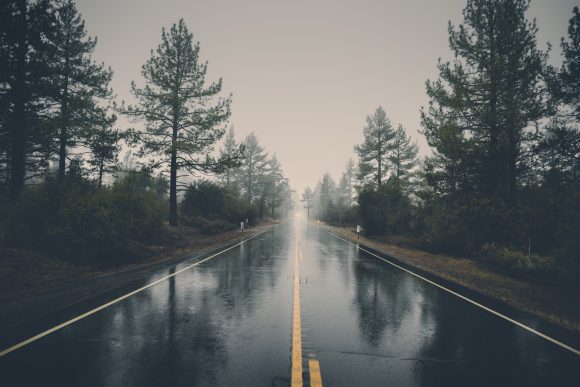 You might think that every single piece of the cloud always falls into the earth in the shape of rain we know. In fact, some of the raindrops evaporate in the air before hitting the ground and when it happens, it is called phantom rain.

It usually happens in dry and hot places like deserts. That’s why it is so rare to find physical prove of raining in the desert, because even when it is ‘raining’, the raindrops are already evaporating in the atmosphere before hitting the ground.

Even though the raindrops never touch the ground in phantom rain, the cloud producing it dissipates on the sky. The water vapor produced from this mid-air evaporation process forms a kind of cloud named Virga cloud.

Environmentalist Edward Abbey described this phenomenon in a poetic way: “You see curtains of rain dangling in the sky while the living things wither below for want of water. Torture by tantalizing, hope without fulfillment. Then the clouds dissipate into nothingness.”

2. Not Every Rain Is Water 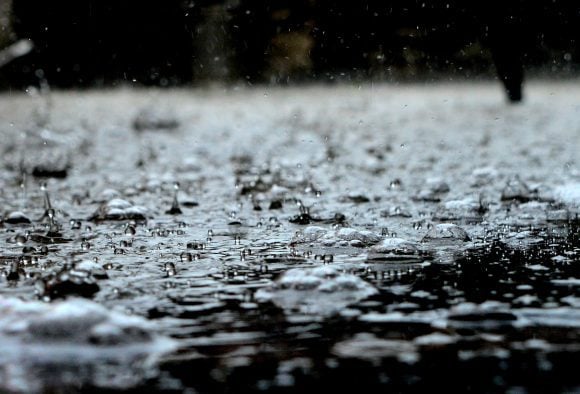 However, raining animals is a pretty common thing in some places on earth. In Honduras, rain may also bring down living fish from the sky, and even it may appear like magic, this phenomenon has lost its charm to local people.

The rain of fish usually happens between May and July, and during this time people in city of Yoro hold a festival to celebrate the occurrence. Not only fish, sometimes the rain also brings down living tadpoles, frogs, jellyfish, worms, spiders, even snakes.

Up to now there is still no scientific explanation about this phenomenon. But researchers assumed that it happens when tornadic waterspouts pick up those animals from water bodies and carry them up to miles away. However, no researcher has ever witnessed this process to happen.

You might have known that rain occurs more frequently in some places and some other places get less rain than the rest of the world. However, do you exactly know which places are raining more and which ones are raining less?

Where do you think is the driest place on earth measured by annual precipitation? Apparently, it is not a desert or a town, it is the south pole. Rain have never touched the surface for more than 14 million years, and we have made an article about it if you are interested in knowing more.

On the other end of the spectrum, the wettest place on earth is Mawsynram in the Maghalaya State of India which has shocking 11,971 mm average rainfall annually. Whenever it rains in Mawsynram, it is so hard and lasts so long that villagers have to always bring a shell-like structure called ‘knups’ to protect themselves from the rain. 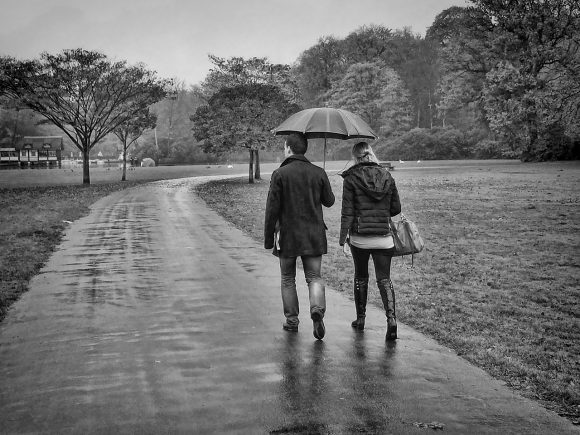 “Some people feel the rain, others just get wet,” said the famous quote. But apparently some people would like to avoid the rain at all cost. Researchers found that one in one hundred million people is allergic to water.

Touching the rainwater will cause redness, painful rash, and swelling on their skin, like what happens to Rachel Prince from Derbyshire, England. “A single drop of rainfall can give me a painful allergic reaction that can last a few hours,” she said.

That’s why, for some people getting out of rain as fast as possible is an important thing. Well, maybe you also ever get the importance of it, and sometimes wonder which one will get you less wet: walking or running?

5. Raindrops Are Made To Touch The Ground 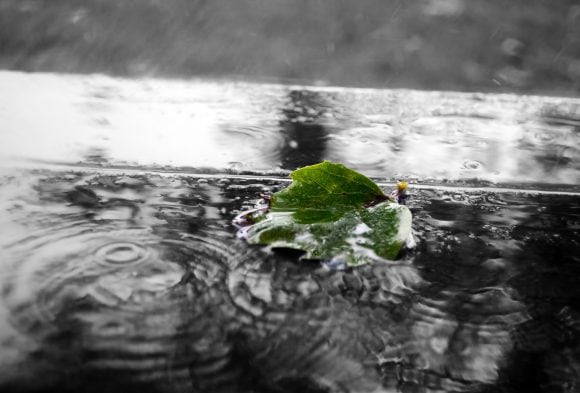 You might also often hear that rain is meant to wet the ground (except the phantom rain), while in fact when the raindrops touch the ground it will give you some distinctive features. The most known feature is the distinctive melancholic smell.

The name is petrichor, which is produced when raindrops fall on soil and trap tiny bubbles which then float upward. Upon reaching the surface, the bubbles pop and throw aerosols of scent to the air. When it rains, this process happens so many times which then produce the petrichor.

In addition, the distinctively pitter-patter sound which for some people is like a music, actually also produced by bubbles of air wavering underwater. Many musicians got so inspired by this sound that they made songs about rain.