You are here: Home / The Species / New Advice: Better Stop Giving Dogs Peas as Those Contribute to Canine Heart Disease

I’m not exactly a dog person, but I know enough about dogs to understand that they can eat veggies like corns or peas, because they have the teeth to chew them. Well, they can continue eating the corn, although maybe not the peas.

According to a new study, it’s discovered the types of ingredients that are linked to canine dilated cardiomyopathy (DCM), which is a serious and often fatal condition. It eventually can cause congestive heart failure, especially in medium to large breeds.

The study, sponsored by the United States’ FDA, suggests that peas could be the main culprit. This particular legume was identified as a likely factor in the new research by Tufts University.

Researchers have examined all kinds of dog foods which were previously associated with DCM to other foods and compared them. They’ve examined more than 800 different compounds, including peas and lentils (called pulses collectively), which are within various dog foods.

Per the study, peas showed the most association with compounds linked to DCM. Author Lisa Freeman said, “I see this as a piece of the puzzle. This research helps us narrow down the targets to look at so we can focus on the most likely causes and get to an answer more quickly and prevent other dogs from being affected.”

DCM is, according to the research, “the second most common heart disease affecting pet dogs, with prevalence over 50 percent in some breeds.”

And as mentioned, it can cause congestive heart failure or “sudden death” in certain breeds with a genetic predisposition to the disease, including boxers, Great Danes, Doberman pinschers and cocker spaniels.

Other research shows that nonhereditary forms can result from other factors, such as medical conditions and diet. 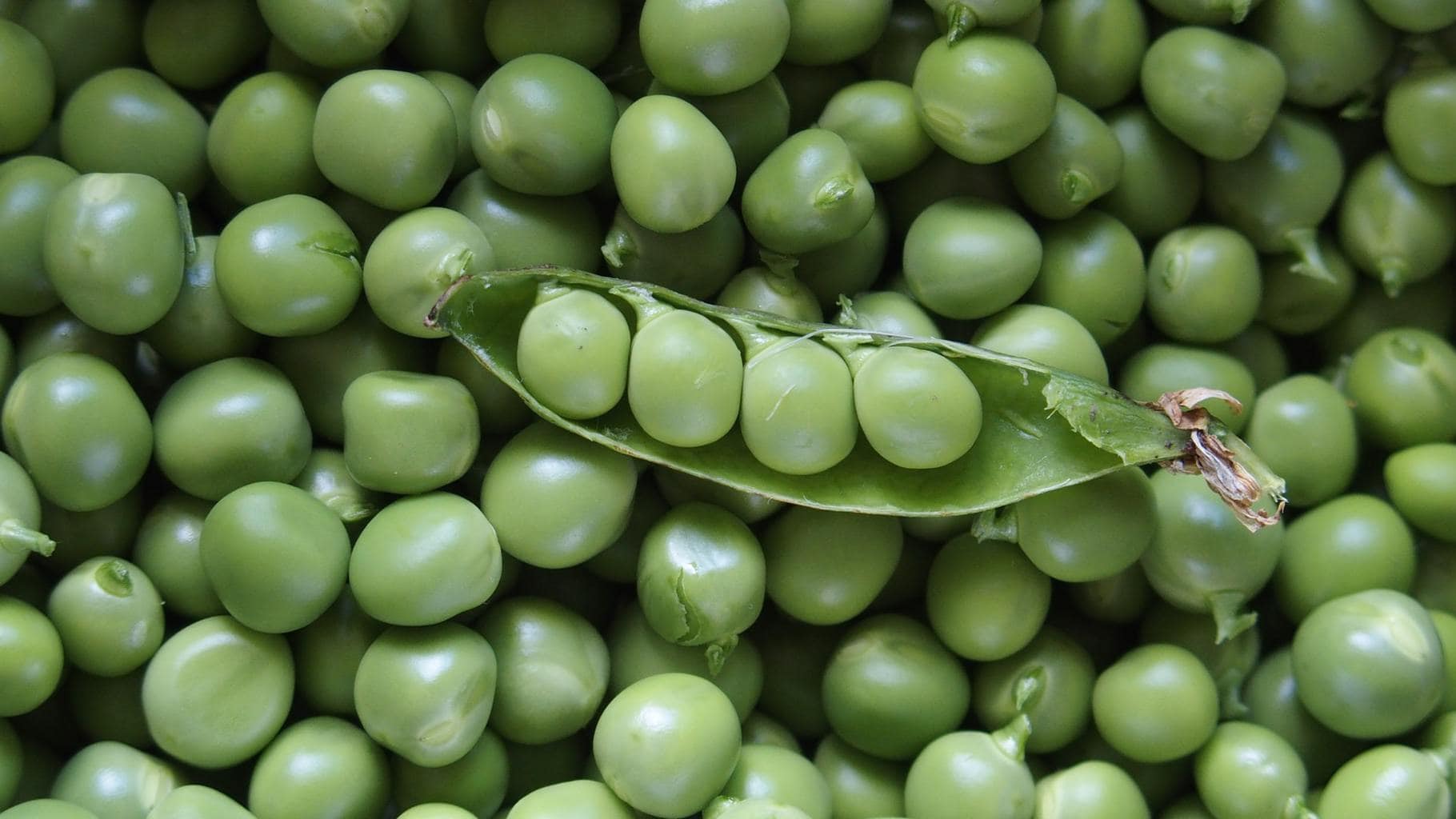 Why use peas and lentils?

The research states that these two kinds of pulses are often used as filler in various dog foods, including the grain-free ones. This is rather unsettling for me, because we usually look for grain-free products to give our fur babies better foods, but alas, we actually could lead them to earlier death.

And the rather funny thing is (to me at least), despite the fact that this study is sponsored by the FDA and that it indicates how the vegetables may be a big contributing factor to DCM, the FDA isn’t planning to ban them from dog food for now. Probably because there’s no strong enough proof.

“While legumes and pulses have been used in pet foods for many years, [there is] no evidence to indicate they are inherently dangerous,” the FDA stated.

Which brand that we should look out for?

We won’t know for now, because both the FDA and the researchers wouldn’t spill the brands that they tested for the study. They also don’t encourage pet owners to ban peas from their pet food at all.

Freeman said, “Until we know the exact cause, we want to be cautious of all the ingredients the FDA is investigating. Peas might be a good clue as to where we can be looking. As one more piece of the puzzle, this doesn’t give us the final answer, unfortunately. But it gives us things to follow up on.”

And what should we do as fur parents? Well for now we can resort to choosing brands (small or major) that are more likely to have an animal nutritionist on staff.

That way, we’re going to see foods that have been studied and so we can trust them more. And if it still worries you, always look for the ingredients and familiarize yourself with other terms for peas or lentils.

A puppy’s diet has a significant effect in adult life 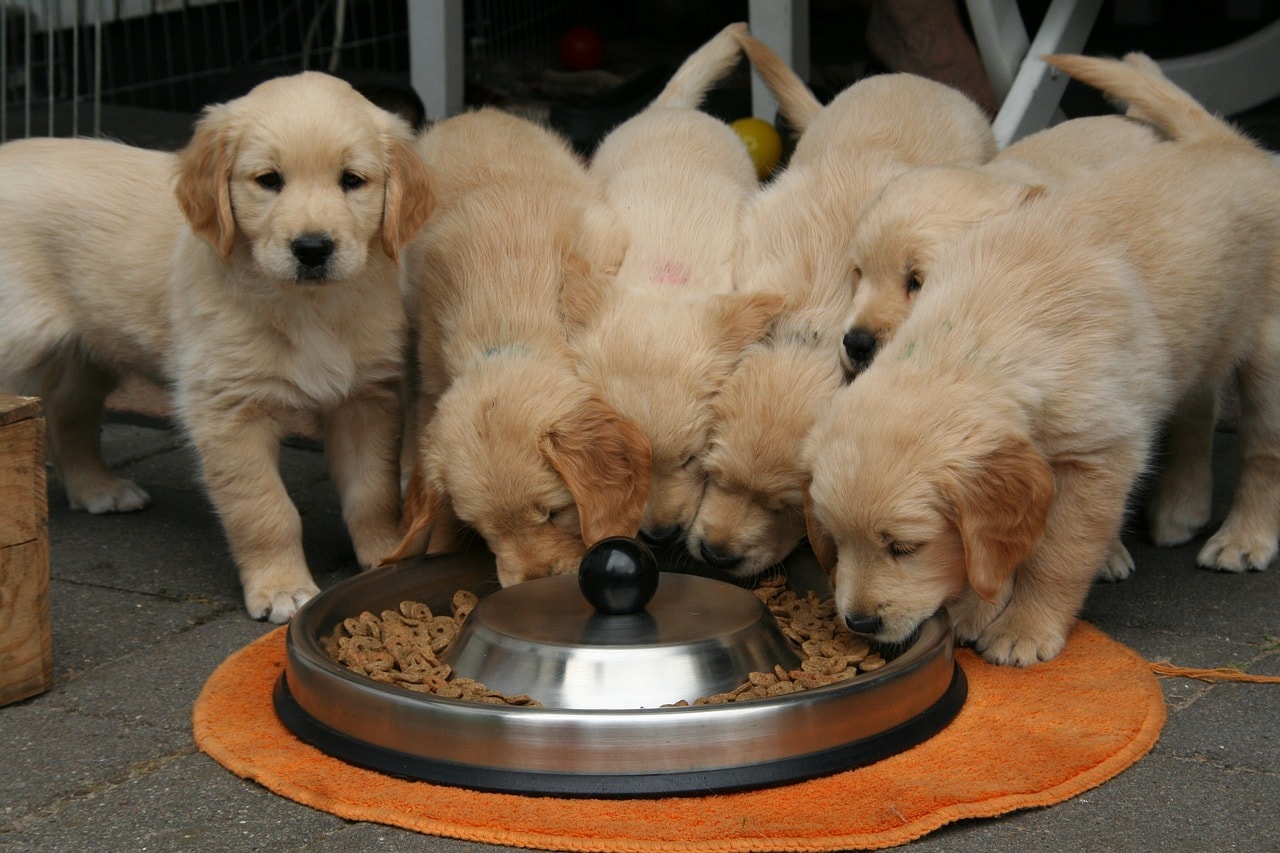 Who would expect that what we gave to our puppies would have an effect in their adult life? Well apparently, it does.

Researchers at the University of Helsinki have studied the relationship between allergy as well as atopy related skin symptoms in 4022 adult dogs and their diets or foods when they were puppies.

“On the other hand, puppies not getting any raw foods, eating most of their food as dry food, i.e. kibble, being fed fruits, and heat-dried animal parts, had significantly more allergy and atopy related skin symptoms in adulthood.”

Benefits of raw diet to dogs?

According to the study, when puppies consume at least 20% raw diet, or less than 80% diet consisting of dry food, that may significantly decrease the prevalence of allergy and atopy related skin symptoms in adult age.

In contrast, no consumption of raw food at all or eating 80% of dry food as the puppies’ diet, there will be a significant increase in the prevalence of allergy in the same dogs as adults.

Moreover, commercial dog wet/canned food or sausage packed foods actually didn’t help—it’s gotta be raw. The study states that feeding 20% other type of processed foods would also lead to a significant increase in the prevalence of allergy. 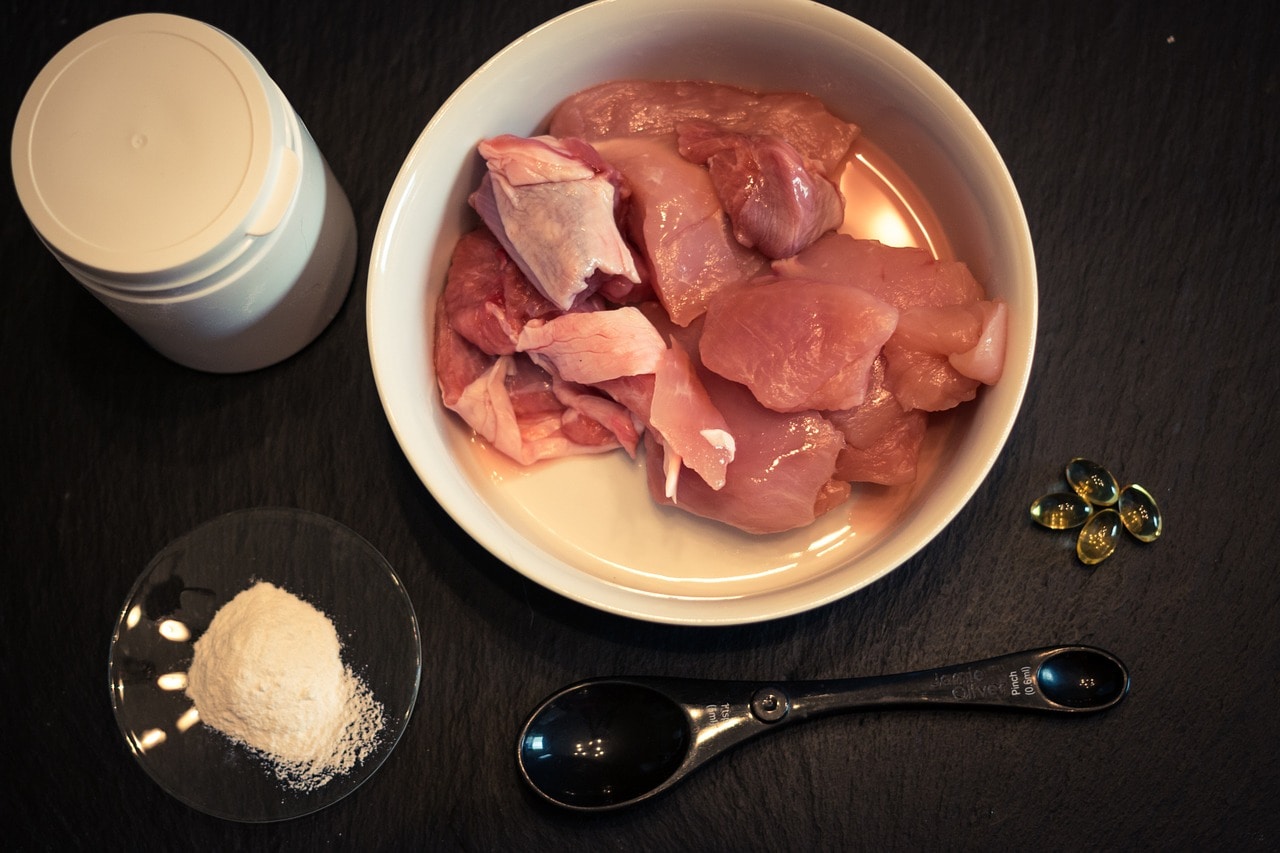 Meanwhile, consumption of zero % of the puppy’s diet from these same foods, may significantly decreased the prevalence of the disease in adulthood.

And what about dried raw food? Well the good news is that we can give the puppies dried or wet type of raw. To greatly decrease the chance of developing skin related issues as adults, dried raw food could lead to the same benefits.

Hielm-Björkman states, “These findings indicate that it was the raw food component that was the beneficial health promotor and that even as little as 20% of the diet being raw foods, already gives health benefits. ”

Purpose and getting the dogs to participate

Main researcher Manal Hemida states, “Our mission is to find ways for the dog-owner to impact their own pet’s health-span.

“We could see an association between lower prevalence of allergy and atopy related skin symptoms as adult and serving puppies fresh foods and avoiding processed foods as well as sweet fruits. That’s a good start for any owner.”

Hemida further noted that this study shouldn’t be the standard of canine diet, since there should be further research that’ll provide better evidence or links.

“However, the study only suggests a causal relationship but does not prove it.

“Diet intervention studies are required to further elucidate the in-depth association between the development of atopy and allergy related skin symptoms and dietary factors such as raw and dry foods, human meal left-overs and the correct dosing of oils,” Hemida concludes.

The research team used online feeding survey (only in Finnish). They asked dog owners about their puppies’ diets when they had been two to six months of age.

In order to avoid associating the dogs that first got the disease and then changed the diet, the team only accepted healthy dogs over 3 years of age to be the control dogs. Conversely, the dogs with the disease were chosen to be one year or older. 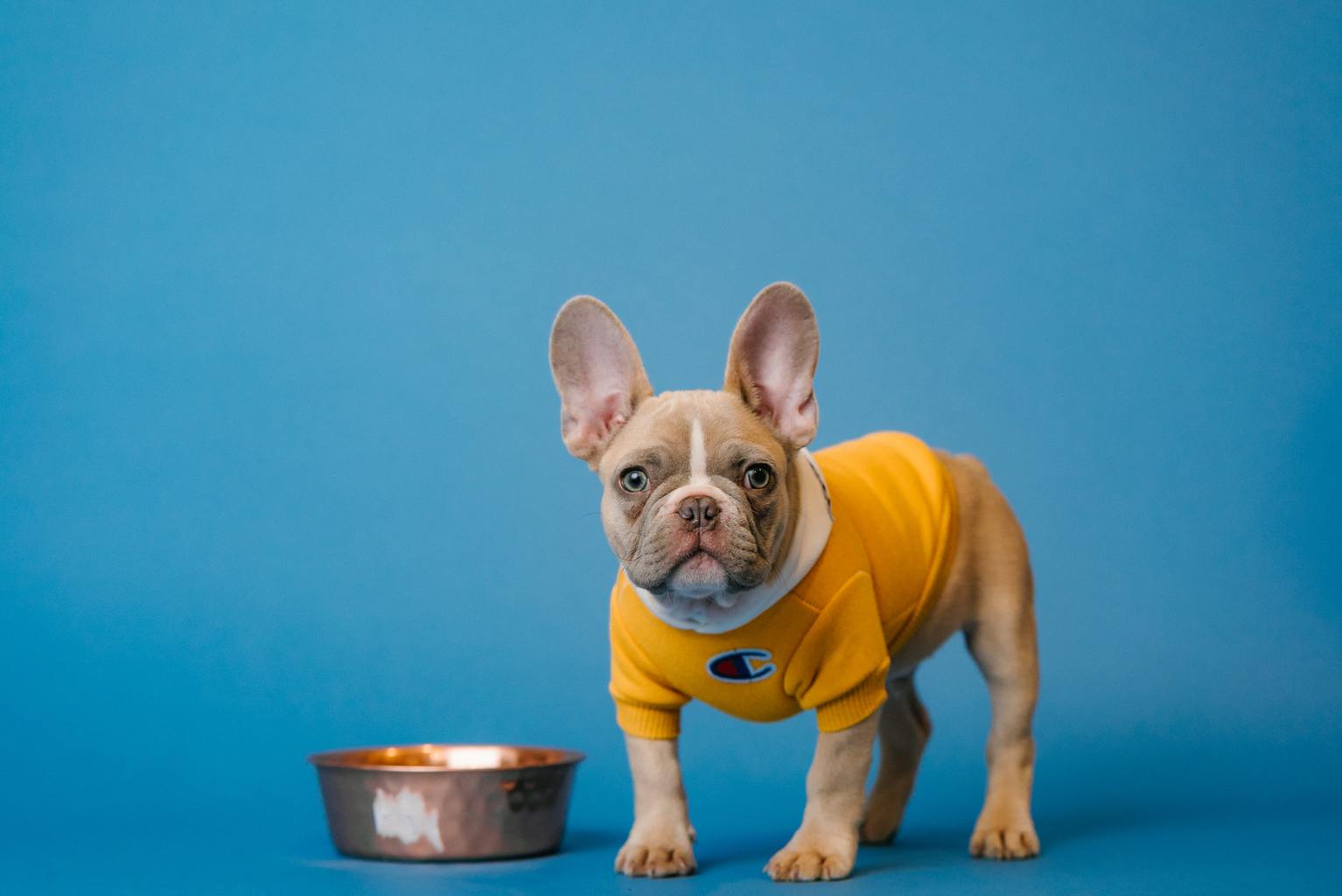 What should we do as dog owners meanwhile?

Well, you can avoid giving your furriends or fur babies some peas or lentils, if you want to. And for those having puppies now, you can start giving them some raw diet when you can (or want).

Because as the researchers stated, there’s no clear evidence just yet, and so we shouldn’t immediately jump to their findings/suggestions.

But I understand that we also want to give our dogs the best, and it’s understandable that you want to avoid pulses and give them raw food when they’re puppies. The choice is, ultimately yours.