You are here: Home / Eureka Green / Perpetual Motion Machines And The Search Of Free Energy

Perpetual motion machine is the machine that doesn’t need external energy to work. Like its name, it works perpetually which means it will never stop because it can generate its own energy needed to work.

For hundreds of years, researchers have always tried to find a way to build such machine. However, as long as no one has successfully build it, this will always be called a hypothetical concept. Indeed, nobody has ever successfully built one.

The dream of building a machine that requires no external energy to work is in balance with the search of free energy. Because once a perpetual motion machine is successfully built, it would be a sign that fuel consumption era is over. No more external energy is needed to operate machines.

The first thing that should be considered before building a perpetual machine is the law of thermodynamic. A perpetual motion machine would violate the first and second law of it.

As stated in the Live Science, the first law states that energy cannot be created or destroyed, only transformed from one form to another. A perpetual motion machine would have to produce work without energy input.

While the Second Law of Thermodynamics states that that an isolated system will move toward a state of disorder. Additionally, the more energy is transformed, the more of it is wasted.

A perpetual motion machine would have to have energy that was never wasted and never moved toward a disordered state. Thus, a constant movement without energy input would break those laws and for hundreds of years the law remains true.

“In short, perpetual motion is impossible because of what we know about the geometry of the universe,” said Donald Simanek, a former physics professor at Lock Haven University of Pennsylvania and creator of The Museum of Unworkable Devices to Live Science.

A perpetual motion machine itself in real life will just be an energy storage which means it wouldn’t be able to create additional energy other than the energy used to move it in the first place.

So, if you happen to be able to build one, you will need energy to start the motion. This is the only energy that you will be able to harvest, since, as stated previously, energy cannot be created. 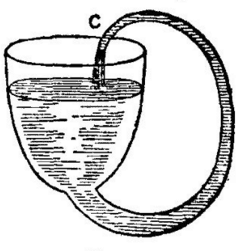 The search of Free Energy can be tracked back to the middle ages. Many researchers attempted to make a machine that can operate without losing any energy in the operation and many designs had been produced since then.

The first known design is the Bhaskara’s Wheel that can be tracked back to the 8th century with the device that was known as the “magic wheel”. The form of this wheel itself is similar to Perpetuum Mobile of Villard de Honnecourt.

Leonardo Da Vinci was also one among those researchers that tried to make a concept of machines that would be able to operate with free energy. However, although he made and examined some perpetual machine designs, he was the one that stated such kind of machines are impossible.

“Oh ye seekers after perpetual motion, how many vain chimeras have you pursued? Go and take your place with the alchemists,” The well-known inventor stated.

After the industrial revolution, the search of free energy machines peaked and many researchers raced to be the first one to invent it. The realization of the need of energy and fuel is likely the reason why it happened.

Some inventors such as Charles Redheffer, Sir William Congreve, Alois Drasch, and E.P. Willis are those who were known to submit the ideas of free energy machines. Even Drasch succeeded to receive the patent of its machine. However, still none of the concepts could show perpetual motion.

The pursuit of perpetual motion continued until more modern era in the 20th century. The infamous Nikola Tesla claimed to have discovered an abstract principle on which to base a perpetual motion machine although no prototype was produced.

“A departure from known methods – possibility of a “self-acting” engine or machine, inanimate, yet capable, like a living being, of deriving energy from the medium – the ideal way of obtaining motive power,” he wrote on his journal.

Another inventor from Australia, David Unaipon, who was fascinated with perpetual motion in his lifelong successfully created a shearing machine that converted curvilineal motion to straight-line movement. The device is the basis of modern mechanical shears.

During the middle 20th century, the pursuit of perpetual motion machine reached more electronical era. The use of magnets and electrical motors are more popular than developing basic movement mechanisms.

The Invention Of Time Crystal 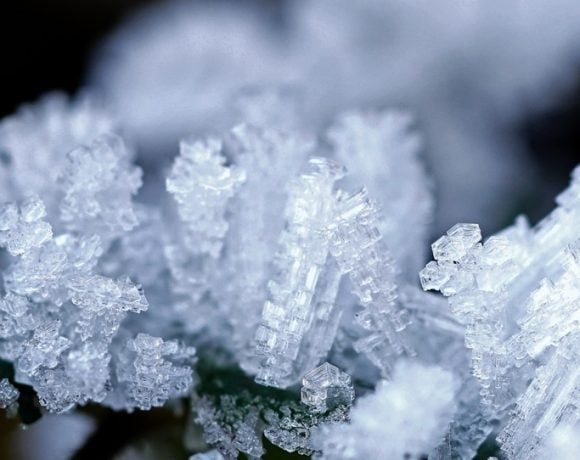 In the search of free and unlimited energy, two teams of researchers found a kind of matter that was thought to be able to provide both. They call it time crystal, a matter that will never reach its equilibrium.

To create the time crystals, researchers at University of Maryland combined 10 ytterbium atoms and hit them with two lasers multiple times to keep them out of equilibrium. This research worked and those atoms did never reach its equilibrium.

Though the atoms did settle into a pattern, they could not reach equilibrium, and perpetually moving although they didn’t contain any energy. This invention was a huge leap for the search of possibility of perpetual motion.

The researchers who did the experiment said that time crystal resembled Jell-O that jiggles when you tap it. The difference is, time crystal doesn’t need the tap to jiggle, and the jiggle always last, how little the energy it contains.