You are here: Home / Hello Earth / Climate Change Is Trying To Poison Us With Toxic Weed

Climate change is trying to crush us in many ways, starting from using hurricanes, heatwaves, drought, flood, even using simplest thing such as plants. Yes, because of climate change, even some plants can act as our enemy.

Not every single plant growing on earth going to be our enemy, of course. Climate change is surely affecting how plants grow, and then there are some species of plants which will go out of control affected by climate change.

Have you heard about how trees are growing in Vancouver Island meadows in Canada which results in a threat to Vancouver Island Marmots population? The process is pretty similar to that story, but in this case we are going to talk about different species of plant.

Here in this article we are going to talk about ragwort, a toxic plant that some people find has gone out of control. 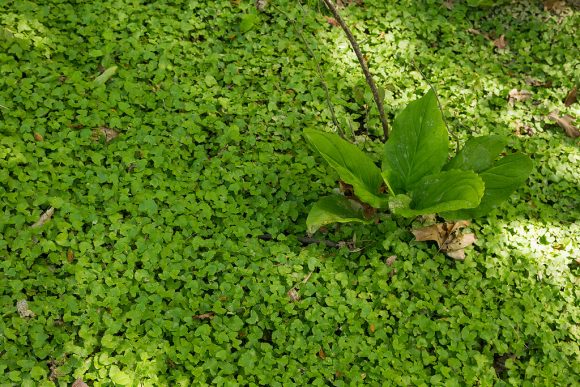 Before talking too far about how the toxic plant can affect our lives, let us first explain how climate change is using plants to cause a chaos toward the equilibrium of living organisms on earth. The method is by making some plants grow better or faster on top of the others.

When studying the distributions of about 1300 species of plants growing on Alpine area northeast of Italy, Dainese found an inequality in how the plants are ‘migrating’ to cooler habitats. He and his colleagues found that 126 non-native plant species were increasing their elevation range twice as fast as the 1208 native plants.

The reason why they are ‘migrating’ is because they want to grow in cooler place, which is near the summit as lower areas get warmer than usual. Based on the other data they collected, they found that indeed the mean annual temperature in that area has risen by 1.2 degrees Celsius, while the mean growing season temperature risen by 0.5 degrees Celsius more.

Enough about the base, so now let’s talk about the plant. Jacobaea vulgaris, syn. Senecio jacobaea is a kind of wild flower native to the Eurasia. People usually call it ‘ragwort’. It usually grows in dry and open environment which can be found throughout the continent. Many people recognize this plant as a kind of weed.

You might often hear the expression “I’m so hungry I can eat a horse”, but have you ever heard the expression of “I’m so toxic I can kill a horse”? In the world of ragwort, the latter expression might be more common than the first one.

Indeed, the plant is so poisonous that when a horse eats it, it would literally kill the horse. Ragwort contains poisonous alkaloids especially toxic to horses. Even eating small part of the plant is enough to kill the animal.

Not only that, the effect is cumulative, which means that eating very small part of it several times will give the full effect. Even if the animal is strong enough to survive the poison when it hits, the horse will almost obviously get very sick.

Some animals, such as cows, prefer to not eating it. While some other animals like goats and sheep sometimes eat it without apparent harm. However, experts are not convinced that this plant is harmless to both of those animals. 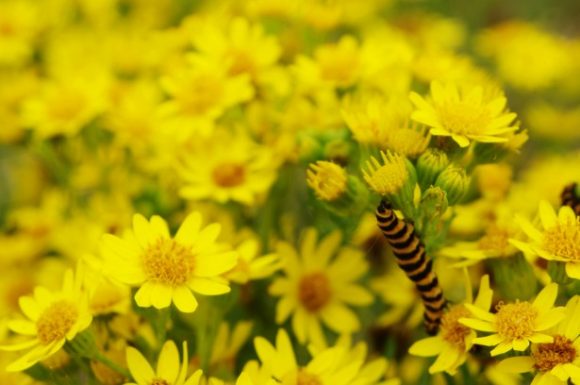 Thomas Endrulat of the German Weather Service said the country is having an ‘exceptional’ year. Not ‘exceptional’ in a good sense, but the other way around. Extended heat and drought struck the country last summer, which is the prove that global warming is real.

Juliane Stein of Agro Boerdegruen has different words with the same meaning. “We’ve reached the point here in Germany where we’re talking about a natural disaster that’s a threat to our livelihood,” Stein said.

But the condition apparently was a good thing for ragwort, since the plant has higher resistance to drought. And indeed the toxic plant grew healthily all over the country, in pastures and fields where their competitors used to grow.

German daily Die Welt even reported that this plant was the winner of this year’s competition in growth.With less plant and more ragwort growing all over places, cattle and horses have higher chance to eat the poisonous plant.

But the problem doesn’t stop there, even when the farmers can save their cattle and horses this time, but those ragwort will eventually die. When it dies, it becomes more palatable and more toxic to the animals! It might seem simple, but it can lead to starvation due to death of livestock all over the country caused by ragwort consumption. 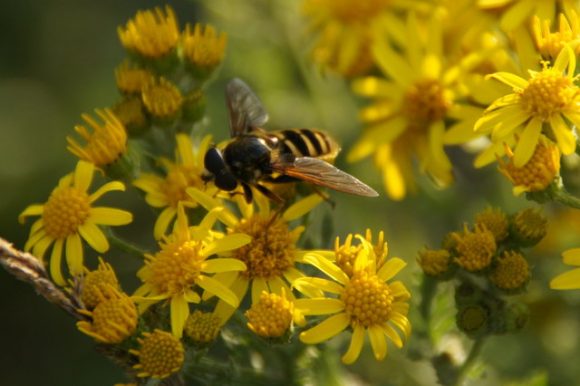 As mentioned before, the poison of ragwort is cumulative. It means that how many amount of its poison the cattle and horses consume, will stay in their body and keeps adding up with more consumption until it becomes fatal to them.

But this terror is apparently a bless in disguise for the bees in Germany. Ragwort offers abundant amount of nectar that it even belongs to top ten nectar producers in the world. For the bees, it means more food for them and the colony.

However, it exposes us to another threat: toxic alkaloids in honey. Researchers are still studying whether it will lead to ‘honey poisoning’ to human, but of course we don’t want any toxic build ups inside our bodies.

Due to this condition, experts are pushing German officials to issue some regulations requiring landowners to fight the invasion of the plant. Many countries in the world has had such kind of regulations, but not in Germany.

But the most important thing is not only about fighting ragwort invasion, we should see it from few steps backward and notice the source of all the problems: climate change and global warming. We are the ones causing it, and we are the ones who can tackle it. What kind of disaster we are waiting for to finally notice it?