You are here: Home / The Species / Traditional Food That Needs to Stop: Shark Fin Soup

Recently, the East-Asian have celebrated Lunar New Year. While it is a fun, festive annual event of the year, it can also be horrifying and abhorring at the other side. What I’m talking about is of course the well-known and famed Shark’s Fin Soup. A soup considered to be a cultural centerpiece of any feast as well as symbol of status and wealth since centuries ago.

Some of you might already be familiar with the soup and its heinous behind-the-scenes. You might have eaten it at some point too. But for those of you who don’t understand, this soup is made from dried sharks’ fins. It might sound harmless, but it’s definitely the complete opposite.

When we eat meat or chicken, we got them from a farm or factory. So chickens, cows, goats, sheep, and the like breed, eat, and then ‘harvested’. But when we talk about sharks, they are not one of the things I mentioned before. The sharks are constantly caught in the wild, from the water where they belong.

Studies say that each year, the finning involves around 73 million of wild sharks. Their deaths can’t keep up with the birth rates because most sharks don’t mature and breed until approximately 7 to 30 years old. This leads to the scarcity of the species. Today, there are 11 threatened species of sharks, including the benevolent whale shark to the fierce great white.

Imagine when your limbs are cut and you’re thrown into deep water. You can’t swim and you can’t help yourself. You’re just going to sink down or float until you die naturally or eaten away by some fish. It’s such a horrible way to pass away don’t you think? Well, these sharks have had that treatment indiscriminately. Some people have found these sharks on the bottom with their gills still moving. It’s sad.

But, that millions of shark slaughter each year means that there are demands from the market. The fins usually end up in Vietnam, Hong Kong, Taiwan, China, Thailand, Japan, South Korea and Chinese restaurants around the world. As mentioned before, the fin soup is traditional, cultural food and usually served on special occasions such as weddings or banquets.

It’s really hard to break the chains. You must know that since the soup is a luxury item, the fins worth a lot as well. Therefore, the fins are basically easy money for fishermen. Sometimes they sell for as much as $1100 a kilogram. However, these fishermen don’t get as much money as the higher-up fin traders.

Most of the times, shark finners in west Africa become trapped in a cycle of debt with South East Asian fin traders. Sharks around the poachers’ area decrease, so they must go somewhere further to fin some sharks, which needs larger ship and more fuel. They lend money from the fin traders, and the traders want some of their catches. Then it goes on and on.

It’s sad that some fishermen have to resort to killing sharks inhumanely because their usual catches are not enough for living. So, as long as there is demand, then this shark finning nightmare won’t ever stop.

Now, it’s clear that consuming the soup means contributing to barbaric acts. And this cruelty will continue, which will lead to shark’s extinction unless there are no more demands. But, there are other reasons to why the consumption of this traditional soup needs to stop.

If you’ve eaten or are familiar with shark’s fin, you might already know its ‘benefits’. The Chinese believe that the fins have properties that boost sexual potency, enhance skin quality, increase qi, prevent heart disease, and lower cholesterol. Shark fins also become traditional Chinese medicine, because the people believe that they help with rejuvenation and other positive impacts.

However, there is no scientific evidence to support all that health benefits claim. In fact, it proves otherwise. Sharks increase toxins to humans. Moreover, the fins contain a high amount of mercury and methylmercury, which is unsafe for human consumption.

Scientists at the Dartmouth-Hitchcock Medical Center say that BMAA (a nervous system-affecting toxin) contained in sharks can lead to Alzheimer’s disease and ALS (Amyotrophic Lateral Sclerosis). Additionally, eating the fins may raise the risk of dementia and mercury poisoning.

When it comes to vitamins, a typical shark’s fin soup contains much less vitamins than a typical vegetable soup, with almost no vitamin A. It does contain slightly more iron, zinc, riboflavin, and phosphorus. But you can get that from other food or soup which are cheaper and no inhumane killings involved.

2. The soup is nothing more than a symbol.

The origin of the soup traces back to ancient times. It was served to show how powerful, wealthy and generous the aristocrats were to the guests of their banquets. The tradition is preserved until modern times, where the soup exist for a symbol of wealth, status, and class.

Most of the times, this soup becomes some kind of a ‘trophy’ for people who had struggled with poverty or economy. Serving shark’s fin for their family or relatives is a way to show that they’ve worked hard in their whole life. Now they can afford an expensive dish and they want to share it with everyone. Just like how ancient aristocrats serve the soup.

It goes further to wedding banquets. There’s a Chinese saying, “a bride marrying into a family without shark fin soup on the table is marrying into a poor family.” Even though it’s not a must, wedding guests will expect this dish at their tables.

The fin itself only provide texture to the soup. According to people who have eaten the soup, the texture is some sort of crunchy and chewy at the same time. There is no flavor that comes from the fin itself. The flavour comes from chicken and/or ham broth (maybe with a bit of MSG).

The texture is replaceable with other seafood and is recreatable without killing sharks. That’s why there’s faux shark fin nowadays, which gives the same texture. If one’s blindfolded, one can’t tell whether it’s real or fake. So, really. This dish is only a symbol, and there’s nothing more about that.

3. Ocean will break into havoc when sharks are gone 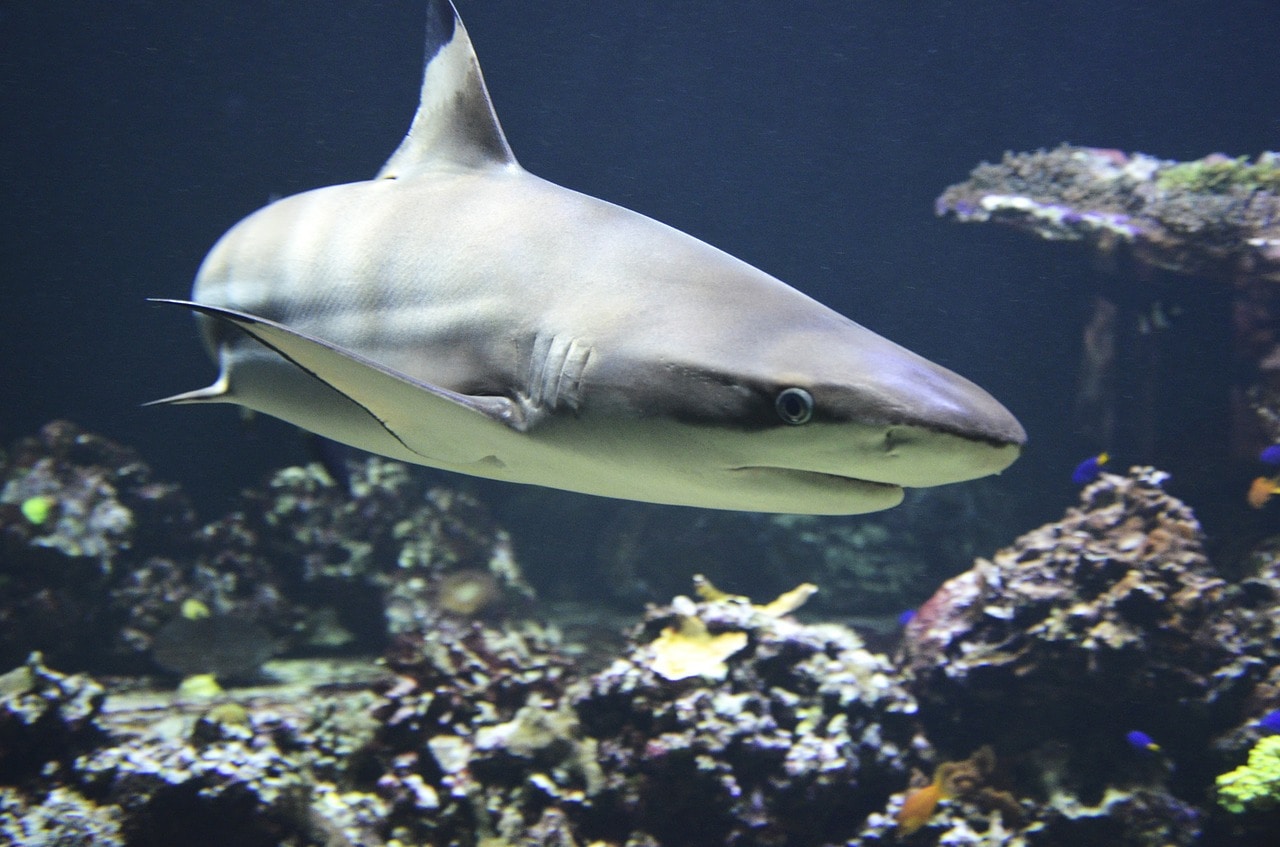 Most people fear (or hate) sharks, that some of them would be glad if sharks are gone for good. But they really don’t want that to happen. Sharks are the apex predator of the seas. Without them, basically the food chain is messed up and life under the water would be chaotic.

As an example, there’s a case in US East Coast where large sharks (black tip and tiger) are almost gone. Consequently, the number of shellfish decline terribly and the water quality becomes poorer. This is because the population of other fish such as lesser sharks, rays, and skates increase rapidly. And they consume those shellfish to their doom.

That was just the effect on one area. What will happen if all sharks population is obliterated to zero? To begin with, sharks plays an important part for the health of coral reefs. Algae grows on coral, which is the main diet for herbivorous fish. Larger predatory fish eat the herbivorous ones. To top it all, sharks eat that larger fish. 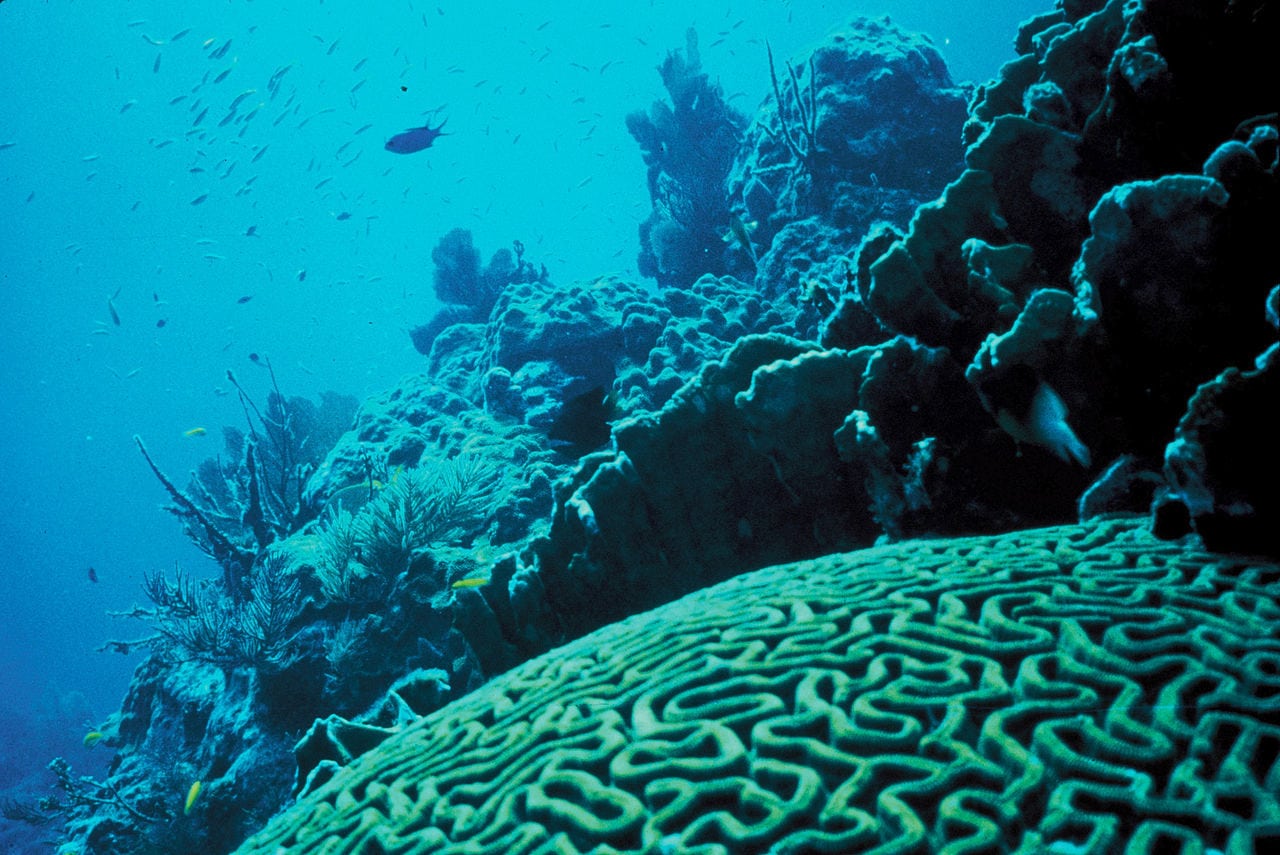 If you exclude sharks, the large fish will roam free and eat all the herbivorous fish. Because there’s no more fish to clean away those algae from coral reefs, the algae population will increase. When algae grows too much around coral, it will kill the coral reefs.

Coral reefs provide life to the ocean. Algae sucks oxygen out of the water, resulting in a low oxygen levels. Sometimes, algae also produce toxins that get into the water, which is totally harmful to the marine life. In short, where there are no sharks, there are no marine life.

The chaotic food chain will affect humanity as well. There will be no more commercial fishing. This means that people whose lives depend on the ocean life like fishing is going to lose their jobs and money. Commercial fishing is an industry that employs around 200 million people with annual $90 billion dollars globally. With the marine life gone, so will the economy.

Thankfully, not everything about this shark finning is grim. There are, of course, some efforts and attempts for conservation. I mentioned before that there are faux shark fins, and some restaurants or street vendors in East Asia have been serving the imitation soup until today. The faux soup is usually made of konjac gel, gelatin, vermicelli, or pig’s skin.

Some countries have taken action to contribute to sharks’ welfare. Canada have banned shark finning, although importing is still allowed. European Union prohibit shark finning. Taiwan banned it in 2011, while Singapore have agreed to stop selling shark fin and shark products. Disneyland Hong Kong removed the soup despite being a high-demand delicacy.

Celebrities and big names also provide a little push to raise people’s awareness of the issue. Gordon Ramsay has made a documentary about the soup. Yao Ming has been campaigning about it until today. The result? Around 82% of survey respondents said they stopped consuming shark fin soup after the basketball star’s campaign.

But we can’t be all happy yet. Because this soup is a part of an ingrained culture for people in East Asia, it’s really hard to stop them. Some people stop eating it because they know it’s dangerous for consumption. Some eat it on special occasions because they want to respect the culture. Others still eat it regularly because they think they have the right to do so, even though they know all the bad impacts of the soup.

The fins are still in high demand and prove to be lucrative, so many still sell them. Globally, many restaurants and hotels still serve shark’s fin soup. A 2012 survey found that only 6% of luxury hotels in Beijing, Shenzhen, and Fuzhou had stopped selling the delicacy. The finning will still go on despite the efforts of campaign groups and the likes. The key is in the consumer.

Sharks has been around since about 400 million years ago. A Greenland shark is known to be approximately 400 years old. This species is a fierce, majestic, and beautiful animal that faces dangerous threat because of their inescapable enemy; humankind.

All in all, if you know people who still consume shark’s fin soup or people who wish sharks gone, I encourage you to share this message and let them aware about what’s really happening. I realize that breaking something out of culture is hard, but slowly, I’m certain that we can save sharks and make the ocean healthy again. I hope you find this article helpful and informative.

What is shark finning?

What If Every Shark Disappeared?

While Waiting to be Able to Travel Freely Again, Master These Skills