You are here: Home / Eureka Green / Smart City: Greener Future For Everyone Is So Near

Talking about city infrastructure, what might come to your mind is grey box-shaped buildings arranged in such way to make it looks less monotone from below. But in the future, such kind of stereotype is most likely to disappear as time goes.

The reason is, instead of continuing to build such identical features, most of future cities are planning to build structures that should manage issues about environment. One thing to be tackled, is the air pollution issue that actually can be tackled simply by plating more plants.

Yes, green infrastructures most likely will become the concern of most cities in the future, since implementations of it are condemned successful in many parts of the world. The greener infrastructures that supports more sustainable living and contributing less to global emission is being mass concern.

The problem is, where we should put the green parts? The answer might be simple, but it may be trickier in the realization. Nowadays, people are paying much attention to the development of smart cities and being smart means that the city can fulfill all the needs of its resident.

One thing for sure, as time goes, the urge to conserve nature a need is rising. “It seems that smart cities are coming. However, it is important that smart cities are as much about nature, health, and wellbeing as traffic flows, crime detection, and evermore efficient provision of utilities,” wrote Gary Grant, environmentalist and the director of Green Infrastructure Consultancy.

Smart Is Just Another Word

In this point, we should have realized that actually there is no smart city that doesn’t put any attention on the nature. The reason is because a city with so much advancement in technology will not be able to survive in a long time without being sustainable.

Since the first point on building smart cities is to satisfy the needs of the residents, without being destructive to the environment, green living is the only option. Thus, we can say that all smart cities should be eco-friendly and sustainable.

Smart cities, instead of being concrete jungle, should feature many green areas to solve environmental challenges. Most times, it should include the building itself, making it to be a green infrastructure, such as applying green roofs and living walls.

By using this method, not only the smart cities are able to provide sufficient amount of ‘vitamin green’ to the citizen and the environment, but also reducing the needs of additional space to put the greenery. Thus, even if in highly dense areas, the building of such green cities is highly possible.

The Forest In The City 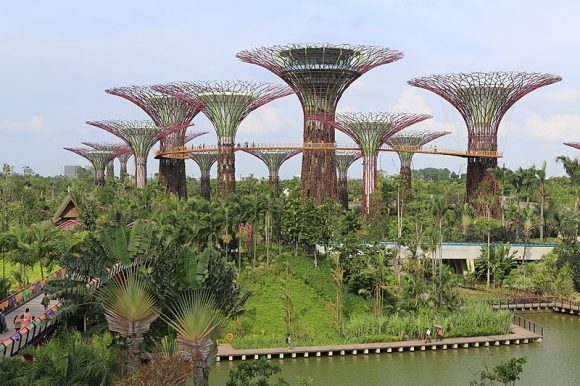 One passionate architect to put the word ‘green’ in infrastructures is Stefano Boeri. “Cities are two per cent of the entire Earth’s land surface, but they are producing 70 per cent of CO2. If we seriously want to deal with climate change, we have to study where climate change is produced,” he said.

Boeri is optimist with his design of vertical forest featuring plant-covered buildings like the fantastic skyscraper complex Bosco Verticale that he has put in Milan. “Forests absorb approximately 40 per cent of CO2, so increasing the number of trees and plants inside a city is a crucial issue,” he said.

After successfully gained the well-deserved fame from Bosco Verticale, Boeri is now planning to expand his project in one of the most polluted country in the world, China. He plans to take part in reducing the amount of air pollution in the country simply by covering infrastructures in the city with plants and trees.

Green buildings like Boeri suggested are one way to depict the future of smart cities. However, talking about smart and sustainable cities, it is not only talking about the green buildings, sometimes you have to look at the blue part too.

The blue part in this story is water bodies and management, since water also belongs to the environment. In this case, it means that smart cities should not only care about the vertical green buildings, but also the horizontal trail of water in flowing through the city.

Some kind of it might be rivers, lakes, and other water bodies. Some other kinds is rainwater management and avoid getting flood in the cities, since not only destructive but flood is also contributing so much carbon in the city restoration.

One example of a smart city that is highly concerning about the water management is Chicago. The reason is simple, because most homes in Chicago have basement, and basements are the most affected parts of the city when the flood comes.

“In Chicago, like most big cities, we have lots of buildings, roads, hard surfaces. So, water runs into our sewer system. Our sewer system often can’t handle that rainfall and it either ends up as an overflow into our rivers, which causes pollution, or it backs up into people’s basements. In Chicago, many of our homes have basements,” said Chicago’s first Chief Resilience Officer, Aaron Koch.

The problem in Chicago cannot be solved by making bigger sewer alone, that’s when the greener part comes in. the strategy that Koch applied is to make some rain gardens, bio swales, permeable pavements, and put some plants.

“These spaces function as green infrastructure but also provide better environments for the children to play, as well as connecting to the science curriculum so they can learn about environmental issues,” said Koch. He also said that his project is going to start in 2019. 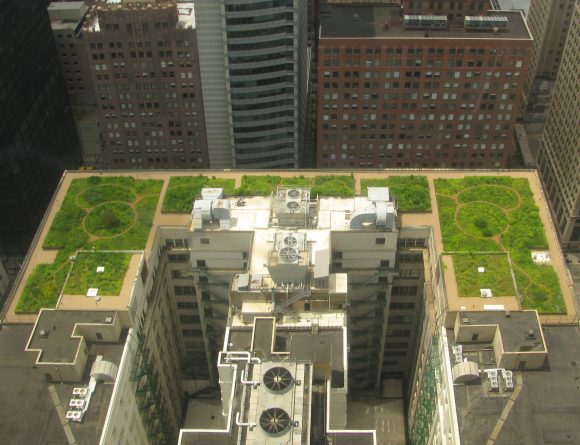 One project that they are currently working on is the Fujisawa Sustainable Smart Town. The town’s scheme to support 330 households in the area is by using solar panel fields and roof panels to reduce energy cost and fossil fuel consumption.

Working together with Panasonic, the city allows each resident to farm and store their solar energy using the roof panels and personal power battery storage. Not only that, the city also applies electric vehicle and bicycle sharing programs. This way, the city is expected to be able to break free from fossil fuel addiction.