You are here: Home / Eureka Green / Spending Just $10 A Month Is Possible, Meet The Man Who Does

In 2017, Tay has only spent about 8 US dollars for eating, and most of his money has been spent to pay other bills like electricity and investments. Other than that, he almost never paid for anything and got it all for almost free!

You might think it is impossible, but if you have ever heard about freegans, you will not be shocked. Yes, Daniel Tay is one of the freegans, currently living in Singapore. In this article, we are going to talk about the story of Daniel Tay and this super cheap lifestyle.

Get it For Free 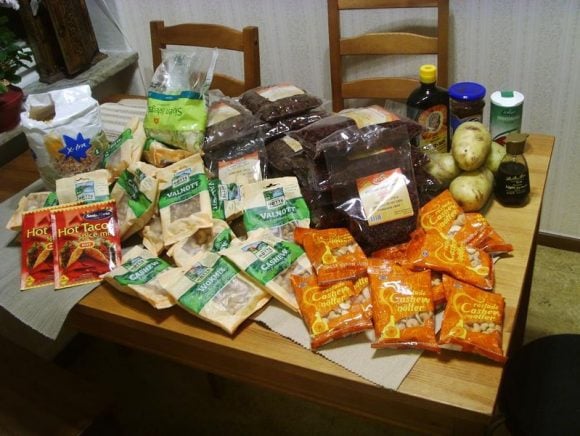 The philosophy of this lifestyle is trying to get things by spending the least amount of money. “Freegan is a person who spends very little amount of money. The person tries to get everything for free,” said the 38 years old man.

Yes, in fact it is possible to find hygienic and nutritious foods from the trash. The reason is because some people are just wasting edible foods for some reasons, such as simply don’t like to eat it or just having too much leftovers.

“This technique involves rummaging through the garbage of retailers, residences, offices, and other facilities for useful goods. Despite our society’s stereotypes about garbage, the goods recovered by freegans are safe, useable, clean, and in perfect or near-perfect condition,” as explained in the website of freeganism, Freegan.info.

Daniel Tay himself does it in his neighborhood, and instead of looking down on him the neighbors are supporting him. When the neighbors are having leftovers or extra stock of foods, they give it to Tay every single day since they learned about Tay’s lifestyle. “They haven’t stop ever since. I wake up and eat the food outside the door every day,” he said.

Learning From His Friend

Daniel Tay said that he learned about this lifestyle from his friend, Collin in an event called Honestly Circle back in 2016. “20 to 30 of us talked about giving up our stable income to pursue our dreams,” he said as quoted from Hai Online.

“But when it came to Collin’s turn, he said ‘Me, in my 40s, have retired from my jobs and spend only 100 US dollars a month. I don’t have to worry about my money because I get everything for free’ he said,” Tay explained.

Daniel, working as a financial advisor left amazed with Collin’s point of view and plans. Even with his knowledges and experiences about managing money, he always spent at least 1,500 US dollars a month to live in Singapore.

He then tried to talk with Collin about his point of view and lifestyle, that was when he found out about freeganism. At that time, Collin has adapted freeganism for about two years by ‘dumpster diving’ and collecting foods from his neighbors.

Daniel then decided to try this lifestyle since then, and so far, he succeeded living in this path. Not only living as cheap as possible, even sometimes he also shares the extra foods he got to people around his place.

Not Only About Food 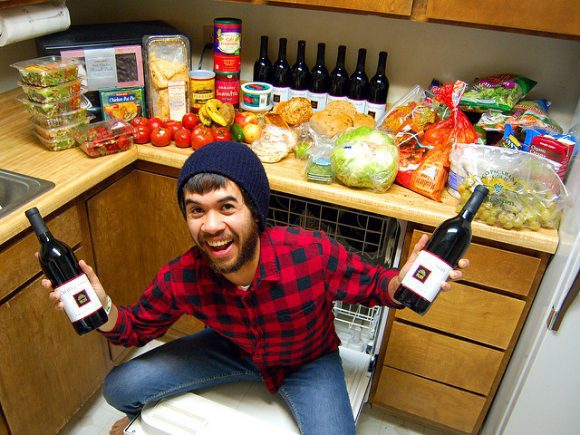 Well, dumpster diving is not only about finding foods to eat every day. Sometimes freegans are also lucky enough to find useful stuff in the dumpsters. Daniel has also found some interesting stuff too in his dumpster diving.

Daniel said that he has found many household appliances like soap and shampoos, bags, and shoes during his freeganism. Not only that, he also once found a fully usable Playstation 3 console in a dumpster and took it home. He always posts the interesting stuffs he found in the dumpster and his experiences living this path in his personal blog.

Daniel Tay himself has now changed the reason why he joined this lifestyle. At first, he just wanted to save money and get free stuff. But now his main point is to buy himself more freedom of living and time that he always considered as “the most precious things”. 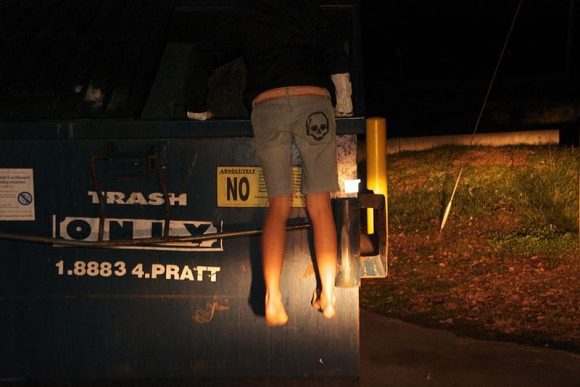 Freegan is not a small movement; this lifestyle has been adapted by many people all around the world. And they don’t fight alone, they are connected to each other by using social media and are grouping to bring the bigger mission than just living cheaply.

According to Freegan.info, the masterplan is to run a “total boycott of an economic system where the profit motive has eclipsed ethical considerations and where massively complex systems of productions ensure that all the products we buy will have detrimental impacts most of which we may never even consider”.

Daniel’s main point in living this way, giving himself more freedom and time, is also the bigger mission that freegans are working on. Stated in the site, being a working class is somehow will not assure your future but living a lifestyle that doesn’t require much money will.

That’s why, they consider living freeganism is the only way to assure your future while not wasting time working everyday all year round. As cited from the site: “Freegans realize that life is too short, that we only get one shot, and that it is our right to cherish every moment we have here, to create lives that are worth living, to fully appreciate the wonder and promise of this amazing world”.