You are here: Home / Hello Earth / 8 Sustainable Cities that You Should Visit and Learn From

There are a number of ways to start decarbonization efforts, one of which is turning cities to be more sustainable. While the physical footprint of most cities only amounts to 2% of the world’s total land area, they still account for two-thirds of energy consumption and generate 70% of greenhouse gas emissions.

When cities aim to be carbon neutral, it means that there should be a balance between the carbon emitted into the atmosphere, and the carbon removed from it.

If this world is to collectively reach net zero carbon status by 2050, then many major cities will have to proactively transform themselves into low carbon and sustainable cities.

But there’s more cities like the ones mentioned above that are worth checking out.

This city prides itself in its limitation of CO2 emissions, support of electric cars and bikes, and transportation infrastructure that may work well with its goals. Prague City Council approved a commitment for the city to reduce CO2 emissions by 45% by 2030 and eliminate them entirely by 2050 at the latest. 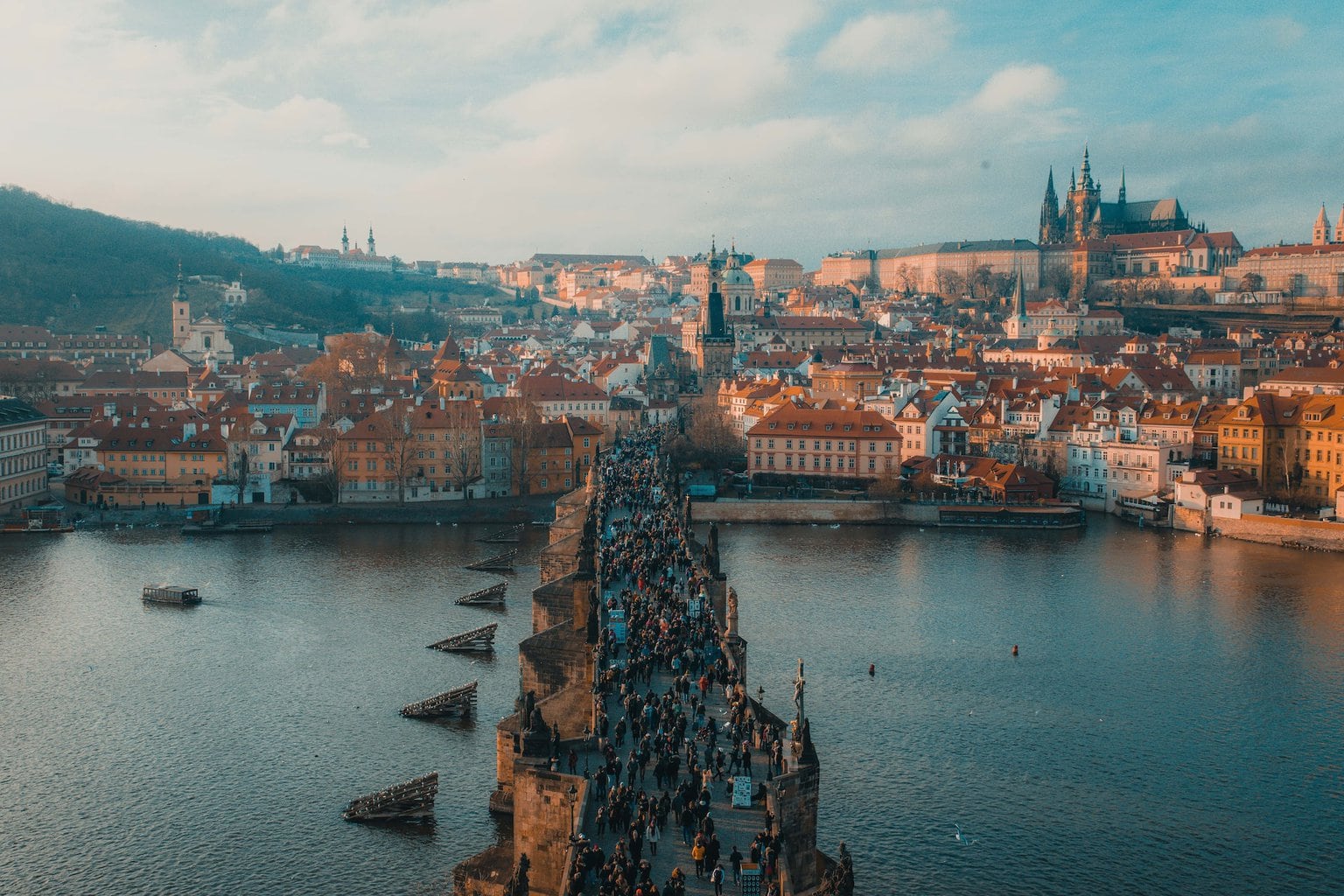 People of Copenhagen like cycling to get around rather than using a vehicle, with only 29% of households owning a car helping the city reach the goal of becoming the first CO2 neutral city. Also, the citizens eat a lot of organic food, with a quarter of the total food sale in the city being organic produce.

The Danish capital has made its carbon neutral plan, setting a deadline for 2025. According to the country’s authorities, this goal is actually realistic. For eight years, Copenhagen is going to install solar panels on the roofs of municipal buildings and hundreds of wind turbines around the city.

Will it also improve the economy? Yes, per the authorities. The promises are, economic growth will accelerate, city residents pay much less for electricity and heat, thus improving the quality of life at the same time. Also, the new climate plan may increase the employment rate by 35 thousand people per year by 2025.

The city relies on solar energy and other renewable sources, and the urban engineers have designed it to be a bit like Silicon Valley but just for clean tech companies. Abu Dhabi is home to a rapidly growing clean-tech cluster, business free zone and residential neighborhood with restaurants, shops, and public green spaces. 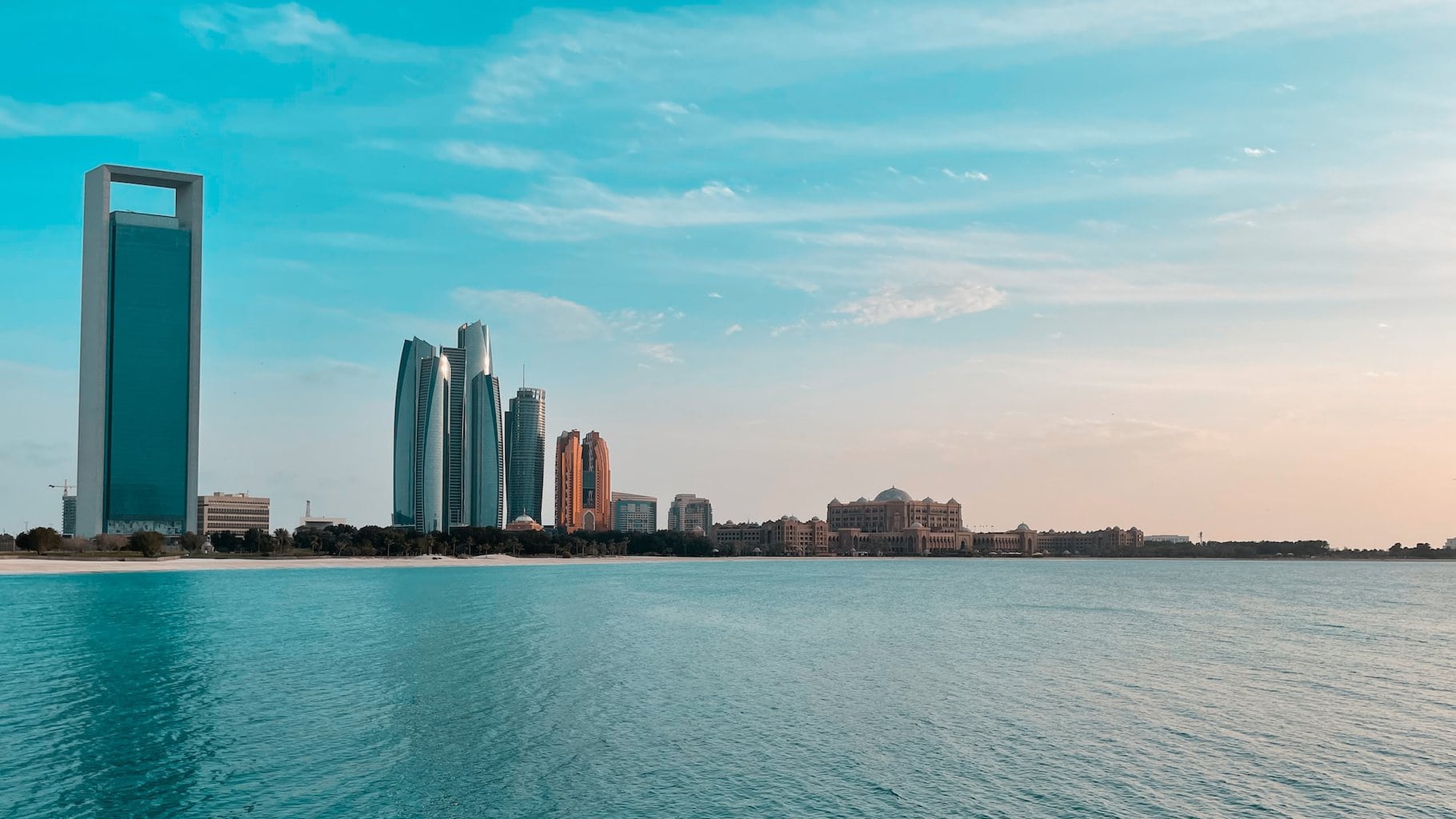 You may not be able to visit this city yet, but you should once the city is “fully inhabited.” The city, which doesn’t exist yet, will be set around 17 kilometers from Abu Dhabi and will be completely carbon neutral.

Word is, the city is planned to be in the middle of the desert, but it will become environmentally sustainable with minimal CO2 emissions. Masdar citizens are going to get energy from solar panels and there will be plenty of sun here; they’ll also be able to ride electric cars and completely recycle waste.

So far, there are only about 100 people who live on the site of the city, but Masdar project developers and authors promise that start-ups and businesses will soon fill it, and the population will reach 100 thousand. 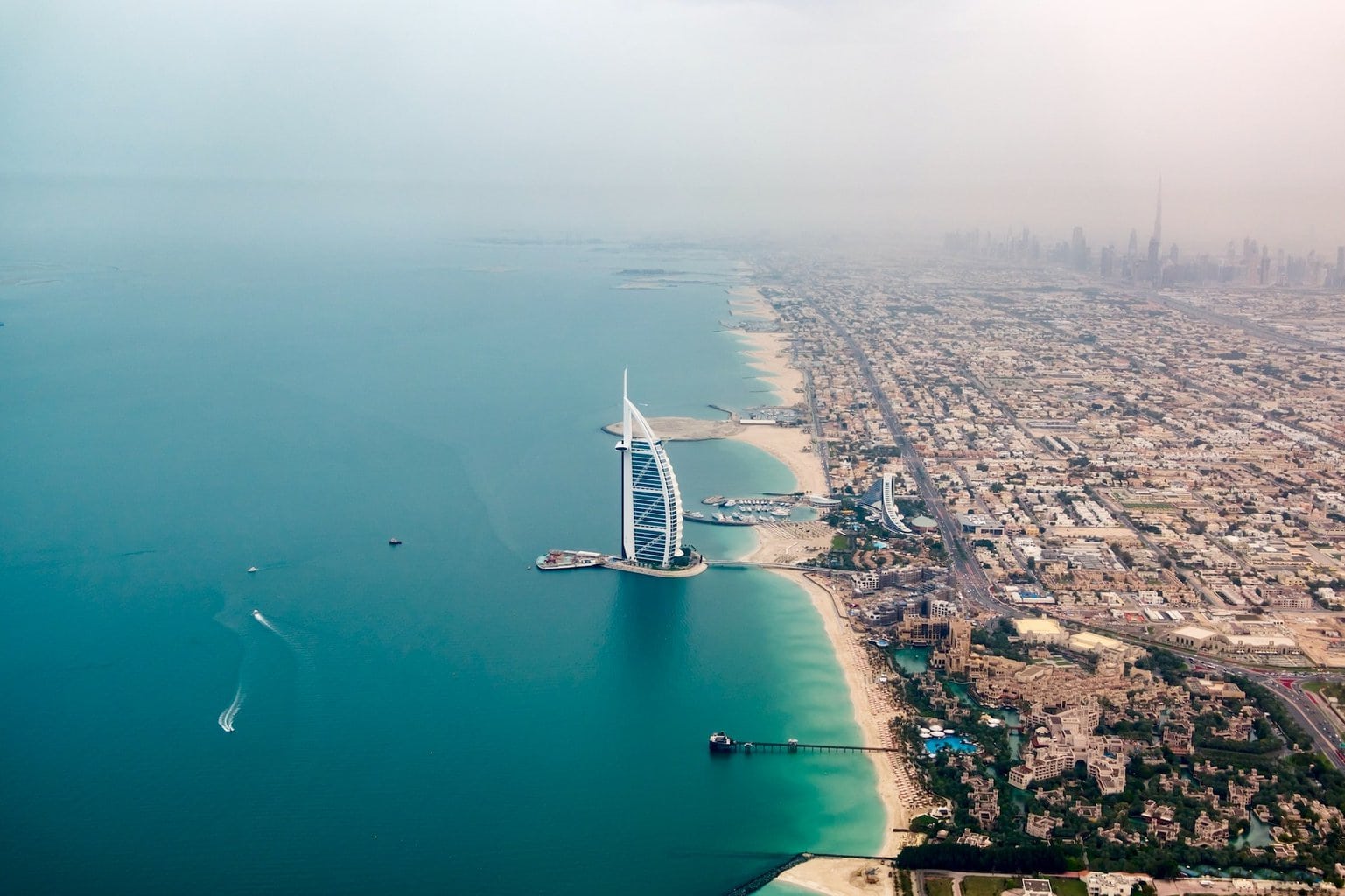 Technically, it’s not the whole city (not yet, at least), but for now in Dubai there’s a housing development called “Sustainable City.” This area recycles its water & waste and produces more energy than it consumes. As for the city itself, Dubai aims to get 75% of its energy from clean and renewable sources by 2050.

This city has not only a variety of wondrous (and healthy) native plants and wildlife as well as protected and connected habitat areas free of invasive species. This city aims that 40% of mainland Brisbane will be natural habitat by 2031. Additionally, Brisbane plans that the average household carbon emissions from energy, waste and transport will be six tonnes of carbon dioxide equivalent per year. 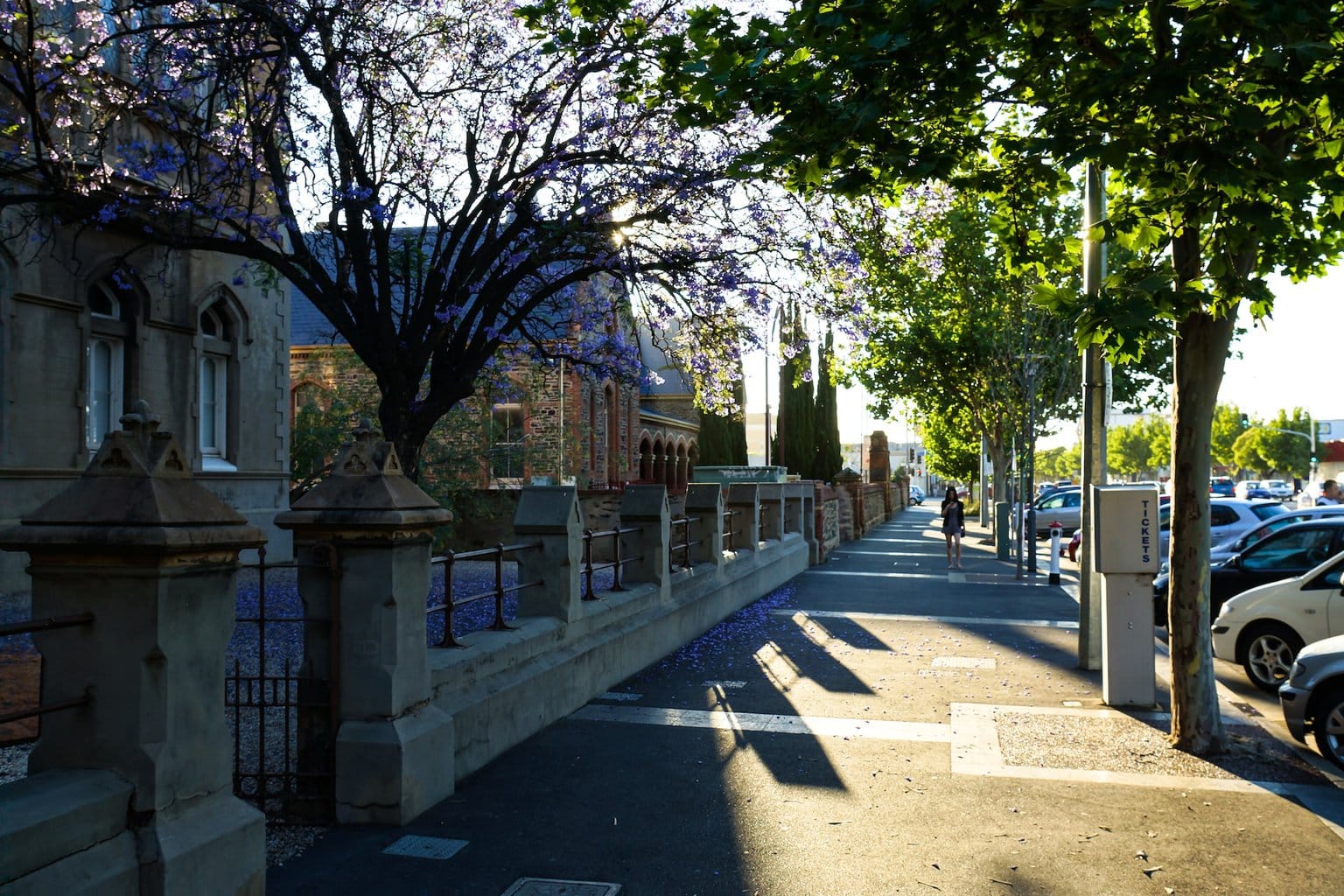 With citizens that get support when they want to be environmentally conscious, it may not be that hard for Adelaide to want to become the first ecologically neutral city in the world. The city has support programs for residents who are building energy-efficient housing, using electric cars and solar panels.

Moreover, public transport and motorways systems are well thought out in this city. There’s a thing called “rule of twenty minutes” in Adelaide, and it works. So, other than being sustainable and eco-friendly, traveling to many places is easy.

Helsinki has promised to be a carbon neutral city by 2035. City authorities have made a thorough action plan of 143 points, including the installation of solar panels on buildings and the popularization of public transport, bicycles and walks.

The biggest source of greenhouse gas emissions in Helsinki has been heating. The plan, however, aims to reduce heat consumption by 1/5 through the modernization of old houses and the introduction of more stringent standards for the construction of new buildings. Many are optimistic that the Finnish capital is capable of achieving the set climatic goals; Helsinki has already reduced carbon emissions by 25% since 1990. 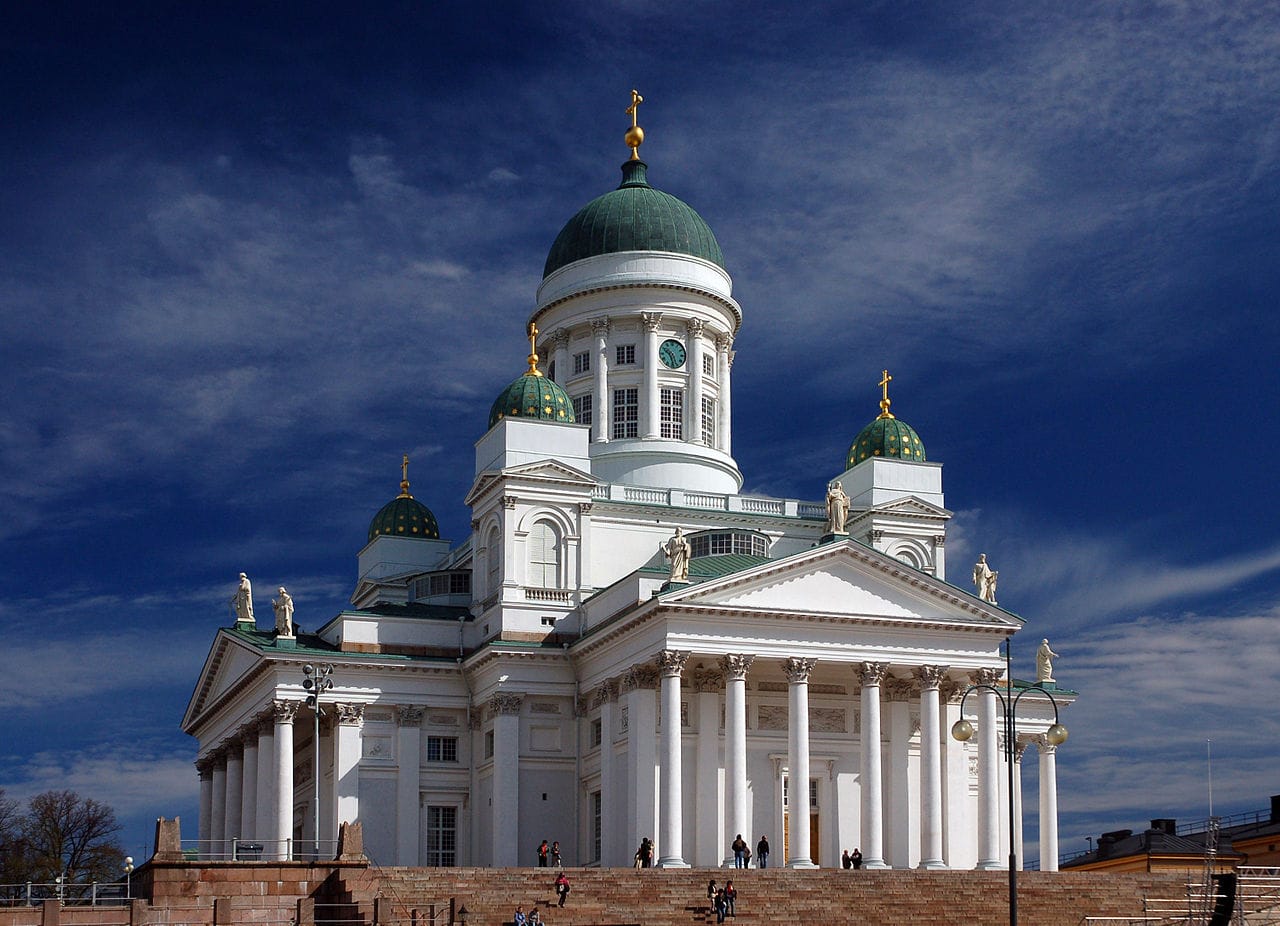 Can all cities go sustainable or carbon neutral?

When we look at the cities mentioned above, one will wonder: can all cities in this world be like those?

Well, the fact (for now, at least) is, not entirely. Amidst the many initiatives from major cities toward carbon neutrality, not all cities share equal starting points. Some are in better positions as they have carbon emissions that are already low compared to others, and therefore they are far more able to quickly transition to zero carbon.

One step to start is by implementing better city design. To achieve this, city designers first need to design new buildings in ways that respond to the local climate and reduce energy needs and demands for heating, cooling, ventilation, and lighting.

When they make careful decisions about building orientation, shading, natural ventilation, day-lighting, and other design measures, much of the building energy demand can be reduced.

Once these design steps are finished, the designers then need to create efficient mechanical and electrical systems and then consider on-site renewable energy generation.

But then again, no building can be built without a carbon footprint of some measure, and some offsetting is almost always required to reduce carbon emissions to zero. The question is, will all cities in the world be able to do this? Will it affect the economy and the quality of life if the cities are not actually ready for this change?

Ultimately, with many major cities moving to be carbon neutral or sustainable, other smaller ones may be encouraged to do so and prepare themselves well. And in the end, it hopefully can become the norm soon.