Mercury, or also commonly known as quicksilver, is a chemical element that belongs to heavy metals. This element is the only metallic element which comes in liquid form under standard room temperature and pressure.

This heavy metal is widely known for the toxicity thus should be handled carefully. When contaminated with mercury, the poisoning could lead to brain damage, kidney failure, and severe problems with respiratory tract.

There are several diseases which are the result of mercury poisoning, such as acrodynia or the pink disease, Hunter-Russel syndrome, and Minamata disease. Even death is not a rare result in mercury poisoning cases.

Looking on how potent mercury is to living organisms, no wonder that United Nations Environment Programme (UNEP) to ban mercury emission on the nature. 140 countries agreed the Minamata Convention on Mercury which was signed in October 10 2013.

Okay, so we know about how dangerous the element is to the environment, especially to human. We also know that international world has banned the emission of mercury. The problem is, what will we do if this element is released in huge amount by the nature itself?

Hidden Under The Ice 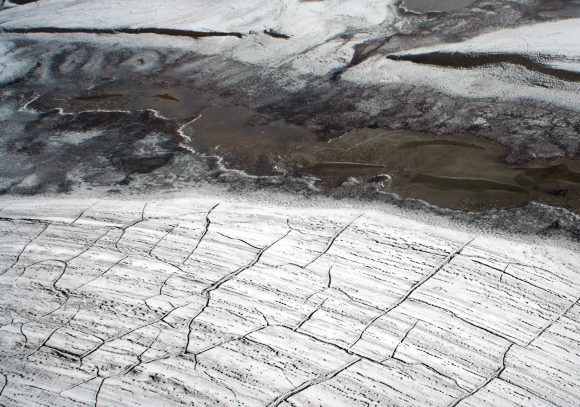 A new study revealed that the frozen soil of arctic area buried a huge reservoir of mercury. The reservoir has been hidden since the last Ice Age and have kept silent in the permanently frozen ground or called permafrost.

“This discovery is a game-changer. We’ve quantified a pool of mercury that had not been done previously, and the results have profound implications for better understanding the global mercury cycle,” said Paul Schuster from United States Geological Survey.

For a long time, we have already known that the Arctic’s frozen soil have contributed to our earth by storing many environmentally harmful stuffs, like carbon and methane. That’s why, the permafrost thawing is a serious issue to our environment.

Once the permafrost thaws, those harmful components will be released and worsen the global warming. Thus, it will result to more thawing and more components being released which will only make the condition becomes worse and worse.

However, among those things, the mercury reservoir is a new discovery for us. Mercury can be found anywhere on earth, whether it is in the soil, water, or air. But no one has ever predicted about the reservoir being hidden under the permafrost. 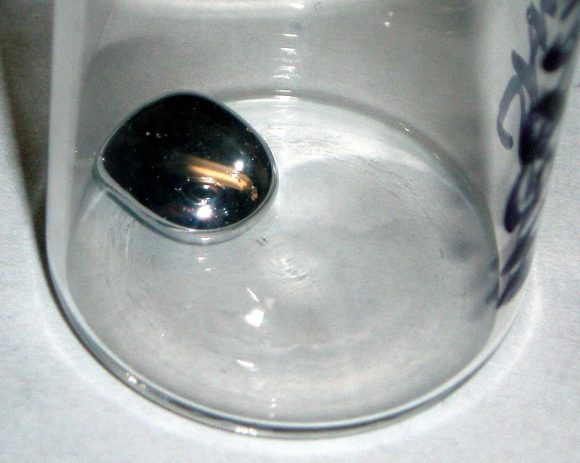 “Prior to the start of the study, people assumed permafrost contained little to no mercury. But it turns out that not only is there mercury in permafrost, it’s also the biggest pool of mercury on the planet,” said Kevin Schaefer from National Snow and Ice Date Center of University of Colorado, and the co-author of the study.

The amount of mercury found in the permafrost is predicted to be not less than 32 million gallons worth, this amount is equal to the amount of water to fully fill 50 Olympic swimming pools. The release of this toxic element into the nature will directly threat our live.

Unlike the release of methane and carbons which will indirectly affect our life, the mercury release will give sudden impact. When being released to the ocean, the mercury will enter the fish’s bodies and being consumed by human.

The element is a powerful neurotoxin and it can directly give brain damage to human when contamination happens. That’s why, eating tuna or other long-lived fish consuming is not recommended for children and pregnant women because the element can affect the growth of the fetus’s and children’s brains.

The Thawing Is In A Countdown

That much amount of mercury will not harm the environment and contaminate the earth when being kept silent under the permafrost. But is that mercury reservoir is actually being kept by the frozen ground nowadays?

“There would be no environmental problem if everything remained frozen, but we know the Earth is getting warmer. Although measurement of the rate of permafrost thaw was not part of this study, the thawing permafrost provides a potential for mercury to be released, that’s just physics,” said Schuster.

Indeed, the permafrost is thawing nowadays because of the rising temperature caused by global warming. And the addition of newly found mercury reservoir make scientists more worried about the future of our environment, and humanity.

Even the ‘least dangerous’ scenario is still deadly for us, when the permafrost thaws, plants will grow on the soil and absorb the mercury. In this case, the dead plants will be decomposed by microorganism which then emit methylmercury, a more toxic form of mercury.

After the discovery of large mercury reservoir, Schuster and his colleagues are now trying to invite policymakers and other scientists to prevent the release. They want global support for this project because it may change humanity forever.

“24 percent of all the soil above the equator is permafrost, and it has this huge pool of locked-up mercury. What happens if the permafrost thaws? How far will the mercury travel up the food chain? These are big-picture questions that we need to answer,” he said.

The first concern is protecting native people who live in the Arctic ring because they are the most prone communities to the mercury poisoning in the world. The subsistence lifecycle of rural communities in Alaska and other northern areas is the reason why those people are the most vulnerable ones.

This act is supported by Yukon River Inter-Tribal Watershed Council science director, Edda Mutter. “Food sources are important to the spiritual and cultural health of the natives, so this study has major health and economic implications for this region of the world,” Mutter said.