You are here: Home / Hello Earth / The History of Greenhouse Effect And How People Found It

Greenhouse effect itself is the effect that occurs when the heat of the sun we receive cannot bounce back to the empty space. Thus, the temperature of the planet gets warmer because it kind of saves the heat from the sun.

The phenomenon happens when a planet’s atmosphere contains greenhouse gasses. Those gasses radiate back the heat to any direction, including the planet’s surface and warming it.

The phenomenon itself is similar to how greenhouses in the farms work. The greenhouse receives the heat of the sun and let it in, while the heat that bounces back cannot escape out and instead reflected in again. That’s why greenhouses are warmer in the inside.

The Mechanism Of Greenhouse Effect 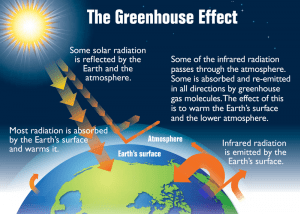 Every day, earth receive radiation from our sun in the form of ultraviolet, visible, and near infrared ray. Not all of those radiation can touch the surface of earth because we are still pr

otected by the atmosphere and the cloud.

About 26% of the radiation is reflected instantly by the atmosphere and clouds, while another 19% is absorbed by them. The rest of it is what we, who live on the surface of the earth, get every day.

While about 55% of the radiation are able to get to the earth surface, most of it are absorbed by the land and ocean. However, small amount of the radiation is still loose and bounced back to the atmosphere from the inside.

This remaining heat then get absorbed by the atmosphere and results in rising temperature of the atmosphere. This mechanism is latent, which mean that the thermal radiation is piling up and make the atmosphere warmer and warmer each time. 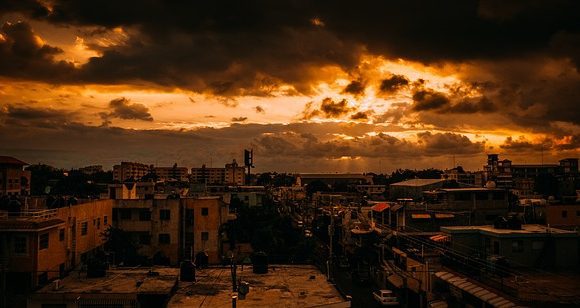 He then thought whether the only factor that determined the temperature of a planet was only the size and its distance to the sun. Fourier then examined various possible sources of additional observed heat in the article he published in 1824 and 1827.

In one of those articles, he suggested that earth’s atmosphere may be one of the reasons of the temperature deviance. This suggestion is considered as the first proposal of greenhouse effect, although Fourier didn’t state the term.

The suggestion was based on an experiment conducted by de Saussure who lined a vase with black cork. In the vase, de Saussure inserted some panes of transparent gasses. He then expose the vase to midday sunlight.

The result of this experiment showed that temperature became more elevated in the more interior compartment of this vase. From the result of de Saussure’s experiment, Fourier concluded that the gases in the atmosphere could form a stable barrier like the glass panes.

After the suggestion from Fourier, some other researchers then started to consider that gasses may responsible for the mechanism. John Tyndall was the researcher who conducted a research in late 1850s about energy radiation and the involvement of gasses. 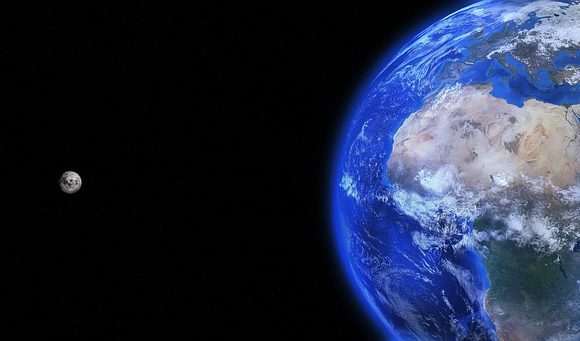 Tyndall was the first who correctly measure the relative infrared absorptive powers of gasses such as nitrogen, oxygen, water vapor, carbon dioxide, ozone, and methane. He found out that water vapor is the most responsible for the absorption and controlling the temperature.

By the result of his research, Tyndall was the first who proved that the greenhouse effect was possible to happen on earth. The proof was that water vapor, which can be found greatly in earth’s atmosphere, indeed strongly absorbed infrared radiation.

Another notable researcher in finding out the greenhouse effect phenomenon is Svante Arrhenius. Arrhenius was a chemist and physicist who used the basic principles of physical chemistry to support the finding of greenhouse effect.

Arrhenius used infrared observation of the moon to calculate how much heat is captured by the carbon dioxide and water vapor in earth’s atmosphere. The original rule that he suggested was:

If the quantity of carbonic acid [ CO2 + H2O → H2CO3 (carbonic acid)] increases in geometric progression, the augmentation of the temperature will increase nearly in arithmetic progression. 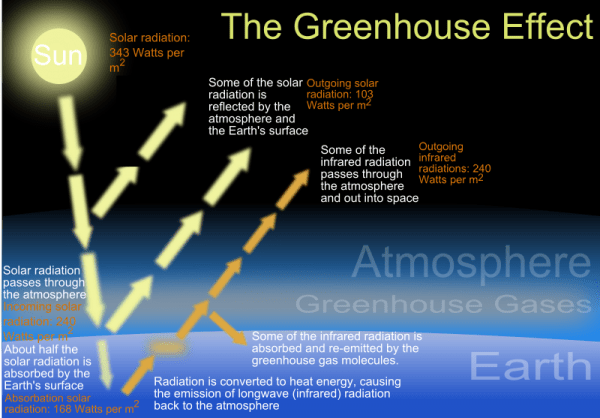 This is because they believe that nowadays the earth is in the period of warmer temperature, in opposing state of ice age. Thus, the increase of carbon dioxide in the air does not results in greenhouse effect that leads to global warming.

However, the statement is challenged by many other modern days researches that show the greenhouse effect is real. The rise of gas emission is shown to warm the earth in many researches.

This is shown by the irregular increase of temperature nowadays which rises far more drastically than the prediction that bases its statement from the periodical increase. Thereby, it proves that human activity indeed takes part in the rising of temperature.

It is more likely that the irregular increase of temperature is indeed caused by the human activity because it happened since after industrial era. So, whether you believe in the cons or the pros, reducing your carbon dioxide emission is never a bad idea.