You are here: Home / Eureka Green / This Worm Can Eat Plastic!

In the last decades, scientists have tried to find a way to get rid of the plastic waste. However, still there is no effective way to do it.

But latest findings found that there is a kind of little bug which is able to digest some kind of plastic. This bug is called the waxworm. So, is this bug can give us the answer to the plastic pollution all over the world? 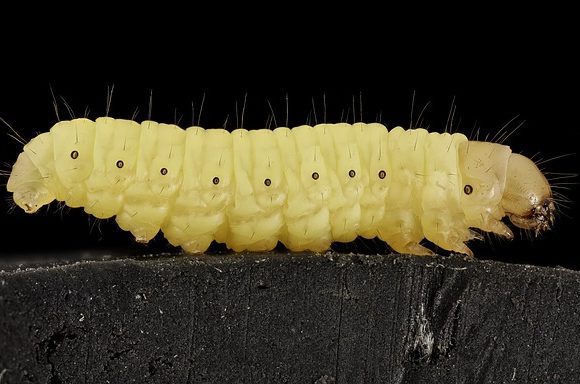 Many of us may have known about the waxworm. It is the larvae stage of wax moths which usually can be found in the bee hives. These larvae are indeed a parasite to the bees. They eat the cocoons of the bees, pollen that the bees collected, and shed skins of bees.

They also chew through the beeswax, and that is why they are called waxworms. Their full development to adults requires proteins that the used brood combs contain in the form of brood cocoons.

Actually, there is another species of moth which also produces waxworms but it is not commercially bred. Its name is Aphomia sociella or usually known as “bee moths”.

Waxworms are usually commercially bred for some usage. The best known are for pet food and fishing bait. Waxworms are good for pet food because of their high fat content for pet birds and pet reptiles. Many kinds of pets such as geckos, turtles, and chameleons love this food source.

Waxworms can also replace mammals for experiments in the labs especially for studies examining the mechanisms of bacterial and fungal pathogens. This is because the innate immune system of waxworms is highly similar to mammals.

Hence, instead of using lab rat or other mammals to test the mechanisms of bacterial and fungal pathogens, the researchers may use the waxworms. It is cost saving and it makes possible to test huge number of examples in one time to find the result faster.

The Discovery Of Plastic Eating Bugs

In addition to some usage of waxworms in life stated above, in recent years scientists have found another benefit of waxworms. Federica Bertocchini, a developmental biologist at the University of Cantabria in Spain, first noticed it as she cleaned out her backyard bee hives back in 2015.

She removed some waxworms from the species of Galleria mellonella which she found in the beehive and put them in an old plastic bag. She checked the bag one hour later without any presumption and surprisingly she found some small holes in the part of bag where the larvae are, and none on the other parts.

She then guessed that the larvae may break down some kind of plastic. “Since they eat wax, they may have evolved a molecule to break it down, and that molecule might also work on plastic,” Bertocchini said to the National Geographic.

Like a plastic, beeswax is also a polymer which consist of long string of carbon atoms. It is the base of the Bertocchini’s guess since beeswax and the polyethylene in the bag where she put all the waxworms have the same carbon backbone.

How Much Plastic They Can Eat?

After the discovery in her backyard, Bertocchini teamed up with fellow scientists Paolo Bombelli and Christopher Howe to study the waxworms. They try to figure out how can those little creatures make holes on plastic.

The three placed the waxworms on polyethylene plastic and let the worms do their things. An hour later, they found out that each worm in average has made 2.2 holes.

They then continued the experiment and take longer time. The next day, they found that overnight 100 worms in the experiment could degrade 92 milligrams of plastic shopping bag.

The scientists continued by finding out what did the worms do to the plastics. They tried to exclude the munching movement of the worms as the source of degradation. The scientist blended the deceased worms and applied it on the plastic.

What they found was surprising, they found that the “worm juice” could damage the plastic as well as living worms. This means that what helps the worms to degrade the plastic is an enzyme in their body or some kind of bacteria living in or on the worms.

Further research done explained that the enzyme found in the waxworms converted the polyethylene into ethylene glycol, some kind of chemical which is usually found in antifreeze. This chemical is degradable and that what makes the plastic becomes degradable.

In further research, Bertocchini hopes to identify what enzyme does the function and what other possible sources. “If a single enzyme is responsible for this chemical process, its reproduction on a large scale using biotechnological methods should be achievable.”

Is It The Answer To Plastic Pollution? 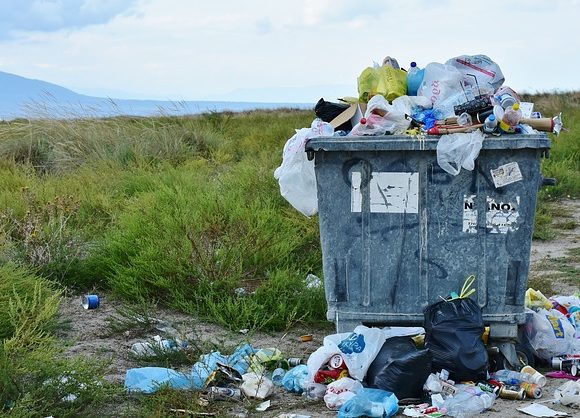 Many scientists are trying to find the best way to fight the plastic pollution, which is now a global problem. This finding may be the most successful fight all along the way and the most exciting one.

“It’s extremely, extremely exciting because breaking down plastic has proved so challenging,” said Dr Paolo Bombelli from Cambridge University to The Telegraph. However, to outfight the plastic pollution, Dr Bombelli said that along with the initiatives to biodegrade plastic we also have to reduce the use of it in the first place.

Similar to Dr Bombelli, Marine Biologist from Woods Hole Oceanographic Institute Tracy Mincer said that what we need to focus on more is producing less and recycling more plastic.

So, to fight the plastic pollution, the scientists are now one step closer to find us the effective weapon. While waiting for that weapon to be done, why don’t we help by reducing the amount of plastic pollution we produce from our daily lives?