You are here: Home / Eureka Green / United Kingdom’s Roadside Is Better Now With This Revolution

What should we do to reduce air pollution? Researchers identified that planting trees is the best answer for that question. But what we should plant is not always gigantic oak trees because wildflowers can do the same thing.

Wildflower is a good option to be planted because they can easily grow in harsher circumstances compared to many species of trees. Not only that, they can also provide incredible supports for wildlife and the environment.

Those mentioned above might be the reason why United Kingdom decided to start a roadside revolution. Instead of continuously trimming plants growing on roadside, they chose to let the plants grow healthily and cut them down only after they do their jobs.

Here is the roadside revolution that we are going to talk about in this article. 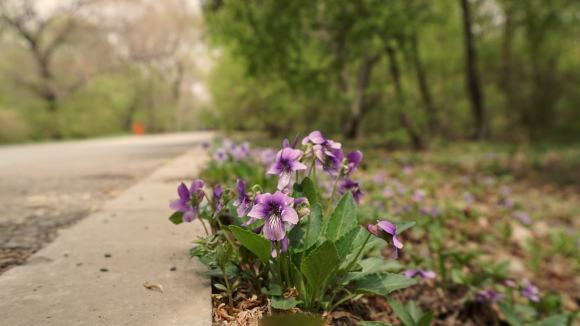 It was the best year for wildflowers in United Kingdom. Giles Nicholson, Dorset council’s countryside and greenspace manager mentioned it as the ‘growing year from hell’ because he and his man had to work extra hard to keep wildflower in control.

“(The machinery) wouldn’t go through it,” Nicholson said as quoted from The Guardian. The reason for that supercharged growth in summer was the ‘good’ weather in United Kingdom. Winter that year was pretty mild, and spring was so wet.

Cow parsley, nettles and dense grass grew rapidly and bushy all around the road in Dorset. The problem was, the council didn’t have enough funds to repeatedly trim the overgrowing wildflowers. It led them to a lot of complaints from the residents about messy roadside.

However, lesser they knew that such messy roadside actually led them to a roadside revolution. Ecologist Philip Sterling was brought in to the area to work together with Nicholson for the sake of roadside management.

The team then applied centuries-old principles of hay making to the management of any roadsides and other grass patches all around the county. The result was great, and now this technique is adopted by many other counties in United Kingdom. 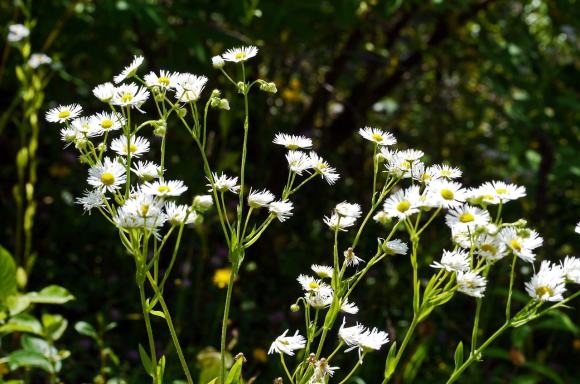 It is called a roadside revolution because it has been adopted by many other counties in the country. But the process in making it happen might not seem like a ‘real’ revolution. Rather, it seems like a lazy way to trim plants growing in roadside.

First thing to do is to let the plant grow, which means cutting it down less frequently from 12 times a year (basically every single month) to only two or three times a year. It lets the plant grow into its adult state and bloom.

After that, the plants are clipped to reduce its fertility, while the clipped part is cleaned from the ground to prevent the increase of fertility of the soil. This method will also prevent the buildup of mulch so that the plants will not go out of control.

Before, clipped part of the plants was left on the ground because there was no reason to get rid of it. However, today it needs to be removed to maintain the soil fertility. Too fertile soil will result in such messy bloom.

“It will not fail. As fertility declines in a soil, biodiversity increases. At first that seems a little counterintuitive because you imagine the more you pour into a soil, the more plants that can grow,” Sterling explained. “That’s not how it works in the natural system. In more fertile systems, a few species dominate and they swamp and smother everything else.”

As the system is now adopted by United Kingdom, we can expect that a large-scale project is underway. Indeed, adapted as an initiative by Highways England, what Sterling and Nicholson started has been applied nationwide.

Nodding blue harebells, yellow kidney vetch, and flashes of bird’s-foot-trefoil are the plants that will be planted. This is a huge step to be done since United Kingdom has lost 97% of its wildflower environments since 1930s.

“It’s potentially hundreds of miles of new schemes. There’ll be all over the country and provide ecological connectivity across the network,” he continued. The function is to promote biodiversity, starting from small organisms and hopefully will lead into bigger effects later.

Roadside verges will provide important habitats for around 700 species of wildflowers or 45% of all that grow in United Kingdom. As a result, butterflies and bees which are indicators of healing environment start to show more often to collect nectars from the roadside wildflowers. 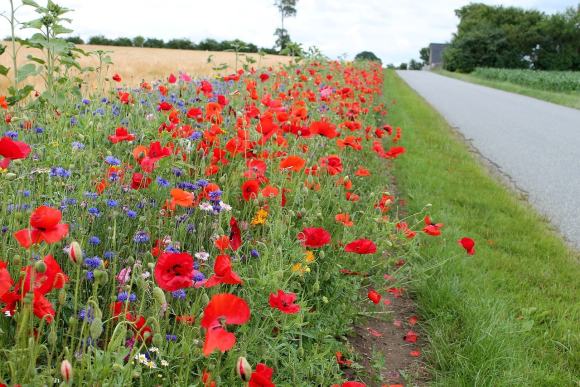 As we know that we are currently facing one of the worst disasters in our lifetime called coronavirus, it also has impacts in the United Kingdom’s project in building its wildflower roadside. Lockdown has given the opportunity for nature to mend itself from our hands.

“Lockdown has demonstrated that, given the opportunity, many of our road verges are flower-rich and have the potential to help address the current ‘pollinator crisis’ (the lack of habitats for insects such as bees, hoverflies, butterflies and moths),” said Liam Olds of Buglife in Cymru, Wales.

“It can also bring potential savings (for local authorities) by reducing grass-cutting management of roadside verges, with that staff time being redirected elsewhere,” he continued. As mentioned above that basically to make this project happens is to be ‘a little bit lazy’, coronavirus is making the entire nation ‘a little bit lazy’ for going outside.

Sterling, who belongs to the original team that initiated this project in Dorset is proud of United Kingdom’s initiative. “It’s encouraging that Highways England have seen the light and followed this lead,” the ecologist said.

It shows how a great change can come from nurturing small things such as wildflowers. Not only they can act as natural ail purification, they can provide save haven for pollinators. Pollinators will then bring the ‘butterfly effects’ that benefit us much more. If this method is applied not only in United Kingdom but in every corner of this planet, we might get even greater benefits than we imagined.