You are here: Home / Hello Earth / Wind Turbines: The Good and The Tricky Parts of This Green Energy

It’s great that more people are now on board with renewable energy like wind. As a result, many countries now promote the expansion of wind farms. While it comes from a good place, apparently when wind farms are set up close to each other, there will be less electricity produced.

In recent years, there’s been a significant expansion of wind energy in the German Bight and the Baltic Sea. Today, wind turbines produce about 8,000 megawatts in German waters, which corresponds to around eight nuclear power plants.

Unfortunately, we can’t just put wind turbines everywhere. That’s why wind farms are sometimes built very close to one another.

Dr. Naveed Akhtar from Helmholtz Zentrum Hereon and his team have found that wind speeds at the downstream windfarm are significantly slowed down. The researchers stated that the braking effect results in large-scale low wind pattern that’s noticeable in mean wind speeds.

To give you a picture, wind can speed up to 35 to 40 kilometers on average. In some cases, it can go up to 100 kilometers. When that happens, the output of a neighboring wind farm drops by 20 to 25%, which can lead to economic consequences.

Since it can be tricky, planning wind farms needs more considerations in the future.

Dr. Akhtar is an expert in regional climate modeling. He and his colleagues used a computer model that assess and predicts the entire North Sea, combining it with future wind farm characteristics. The researchers used wind farm planning for the North Sea from 2015 as a basis for this model.

Then, the researchers used the model to calculate the wind speed over the North Sea for the period from 2008 to 2017 covering a range of different weather conditions.

Results show that there’s a large scale of reduced wind speed during stable weather conditions, typically in March and April. On the other hand, November and December has mixed atmosphere that the wind farm wake effects are relatively small.

To verify the model data, the team compared the simulations with wind measurements from two research platforms done in 2008 to 2017.

According to the researchers, this study is special because for the first time, a full ten-year period has been calculated for the entire North Sea.

Although the researchers have discussed about how wind farms influence each other, they tend to investigate further. They want to know what influence the reduced wind speeds have on life in the sea.

Wind and waves mix the sea, and this changes the salt and oxygen content of the water, its temperature and the amount of nutrients in certain water depths. Other than lower electricity yield, this may affect the marine life positively or negatively.

“We would now like to find out how the reduced mixing affects the marine ecosystem,” said Dr. Akhtar. 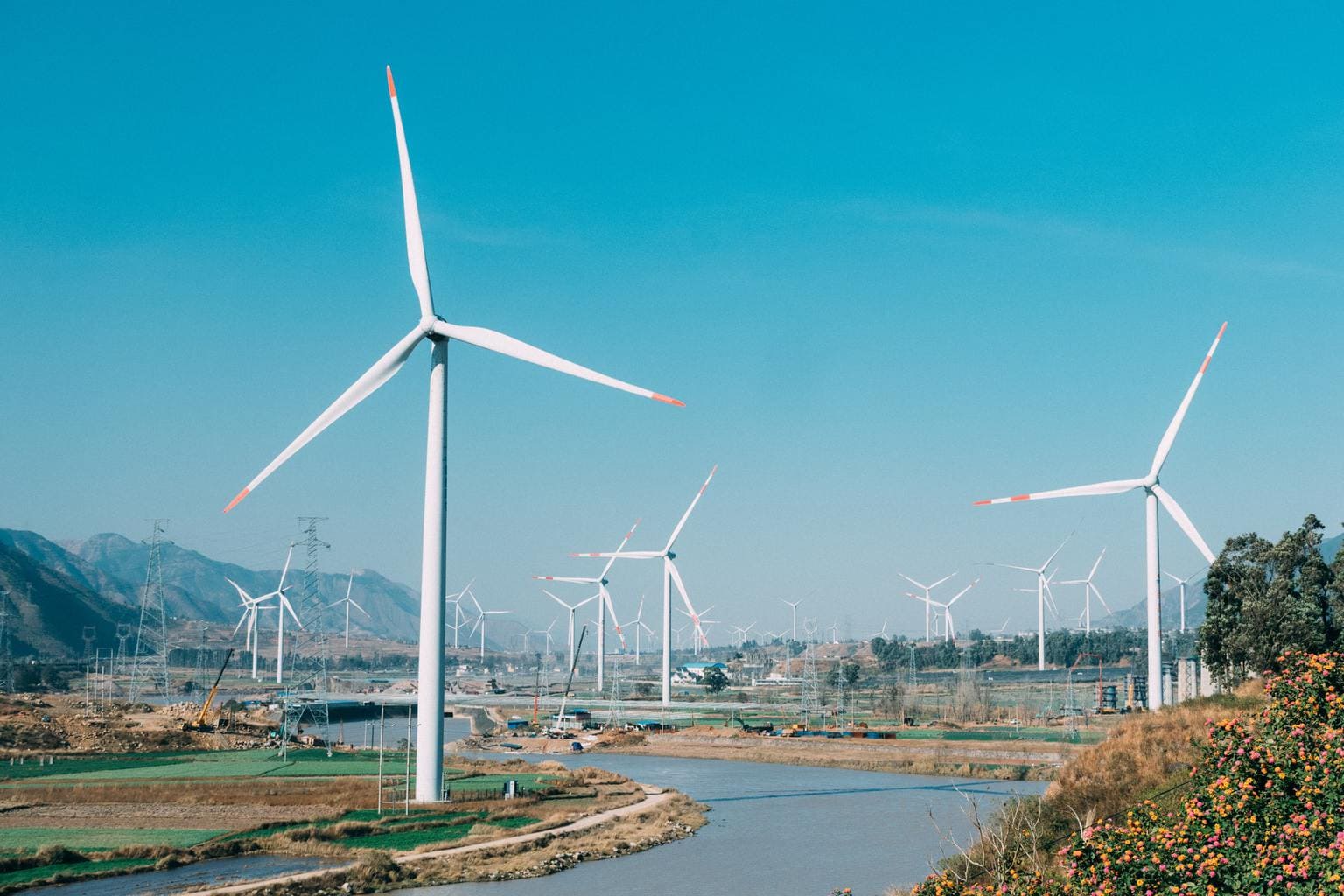 Wind farms can disturb the scenery?

Wind energy has a number of benefits, but then comes the question if we’re willing to sacrifice our beautiful landscapes for wind farms.

According to Germany’s Federal Statistical Office, wind energy has been very useful in terms of energy transition in the country. It stated that the country’s share in total gross electricity production of about 24% is far higher than those of all other renewable energy sources.

A team of researchers from KIT (Karlsruhe Institute of Technology), the University of Aberdeen, and the Technical University of Denmark finds that not everyone agrees when places with great scenery gets replaced with wind farms.

Professor Wolf Fichtner from KIT said, “To reach our climate goals, it is important to further expand these capacities and to replace as much coal-based power as possible. However, there is considerable resistance, especially in beautiful landscapes.”

The research team then calculated what this means for the costs of the energy transition and for the CO2 balance of municipalities in Germany.

Rejecting wind power in some places

The study team based their calculations on evaluations of the beauty of German landscapes according to standardized criteria by thousands of respondents.

Max Kleinebrahm from KIT said, “It was confirmed for Great Britain that rejection of wind energy expansion is much higher in municipalities located in beautiful sceneries than in less beautiful regions.

“When transferring this finding to Germany and replacing the qualitative factor of rejection by a development scenario without wind power, the additional costs expected when using no wind turbines can be projected precisely.”

Then, the researchers used a techno-economically optimized scenario for the transformation of the energy system with the use of local wind power.

The comparison was made for 11,131 municipalities in Germany and projected until 2050.

They found that stopping to use wind energy in beautiful places might increase power generation costs in some municipalities by up to 7 cents per kilowatt hour and CO2 emissions might rise by up to 200 g per kilowatt hour.

One of the main authors Jann Michael Weinand from KIT said, “Instead of wind energy, it would then be necessary to expand use of other types of renewable energy sources, such as solar energy or bioenergy.

“Solar energy, however, is associated with higher system integration costs causing most of the surcharge.”

In many cases, power imports are needed to replace wind energy for local electricity production. However, that’ll result in comparably high CO2 emissions.

No beautiful landscapes in the future?

What does this mean then? The researchers can’t offer a quick solution, but they want their study to contribute to a reconciliation.

Fichtner said, “We provide the necessary data so that those responsible on the ground can make knowledge-based decisions.”

The researchers concluded that there should be further analyses in order to obtain in-depth understanding of the interrelations between local rejection of wind power, landscape beauty, and impacts on the energy system. 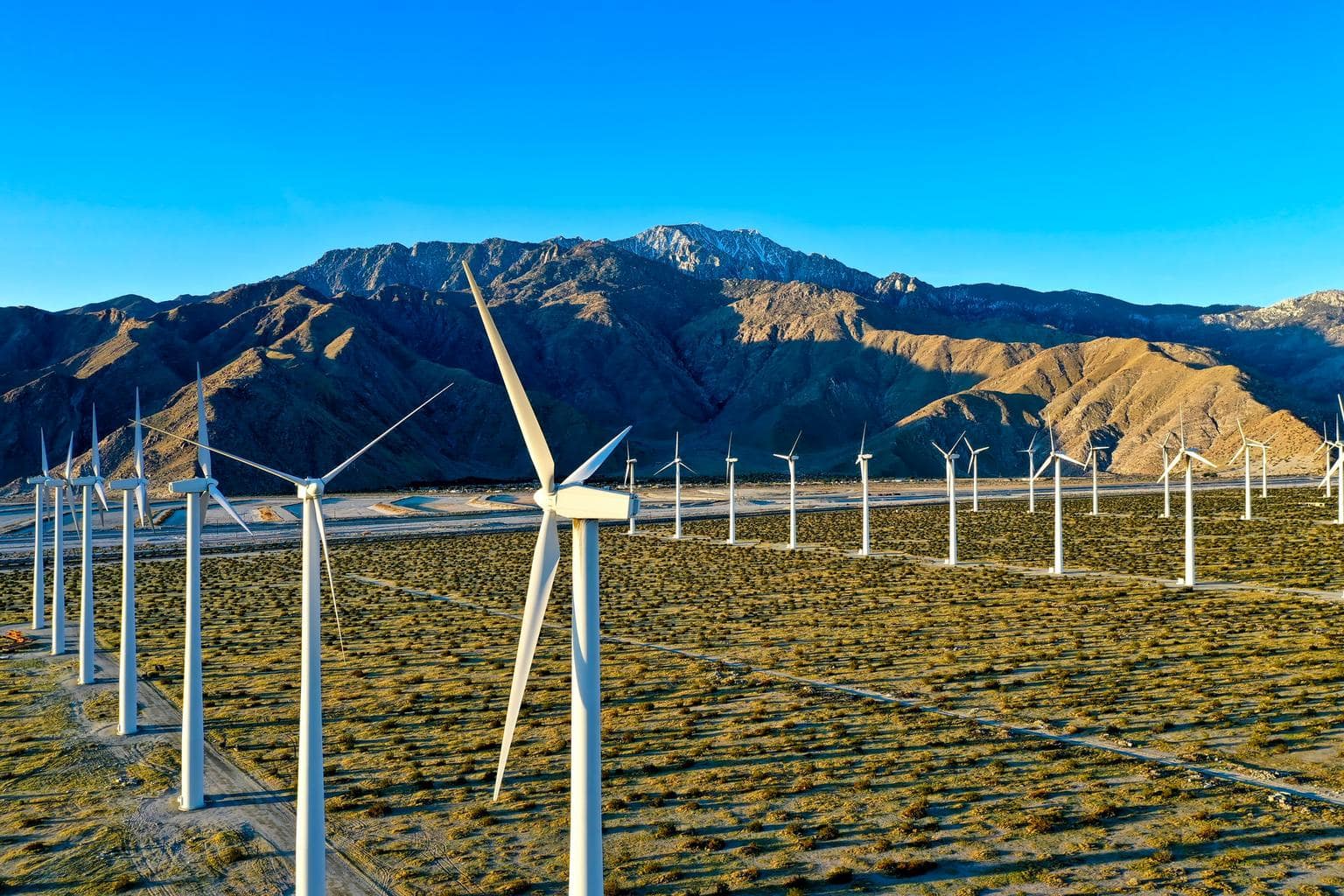 According to new research by Enrico Antonini and Ken Caldeira, location is key when it comes to making wind farms.

Per the researchers, it takes time for the wind to return to normal strength after some of its kinetic energy has been extracted by a wind farm. Also, how quickly wind can recover from encountering a wind turbine is related to the wind farm’s latitude and the Earth’s rotation.

Since wind power generation experiences wakes behind large wind farms, Antonini and Caldeira developed a theoretical understanding of the fundamental controls on the size of these wakes.

Antonini and Caldeira’s work indicates that factors like overlying winds and pressure differences in Earth’s atmosphere should be considered when determining the size and placement of wind farms under different conditions.

For example, they found that turbines in areas with high winds are more likely to be affected by their upstream neighbors than those in areas with weaker winds.

The authors suggested to construct multiple small wind farms with space for wind recovery in between them. That could potentially be a more effective strategy in some locations than building one massive wind farm. Although the authors also added that there should be more research on this.