Based on a data collected between 2009 to 2015, 97% of aircraft accidents were caused by bird strikes. 61% of those strikes occurred at less than 30 meter (100 feet) high, meaning those happened near the airport.

Yes, bird strikes have been the biggest threat in aviation history, and most of those incidents occurred when the airplanes were in the process of taking off or landing. Fear not, because data also showed that it happened only once in a billion flights.

That ‘one’ in a billion is not cheap too. Such incident costs aviation and commercial aircraft industry up to $1.2 dollars. That’s why, we cannot let that ‘one’ keep happening, since it involves human casualties and a lot of money. 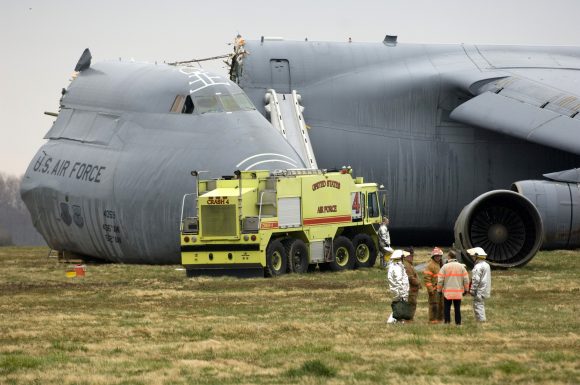 It seems simple, but getting rid of birds around the airports might save many people’s lives and billions of dollars. Fortunately, it has been the biggest concern in the industry, especially for airport security reinforcement.

But there is a bad news following this action, since not all methods to drive those birds out of the airport are friendly to the animal. Even sometimes, the airport securities have to sacrifice the lives of those birds, killing those birds with any methods.

“You set out propane cannons, they’ll habituate. You broadcast predator calls, they’ll learn to ignore them. They’ll even get used to packs of angry wiener dogs. About the only things that work to exclude birds are nets, guns and poison. But those are expensive and/or bad manners,” said Mark Hinders, a professor of applied science at the College of William & Mary.

This is where science has to take place to give a win-win solution, to both sides, or at least make it nonviolent to the birds. Groups of scientists have actually worked on it, and Professor John Swaddle of the College of William and Mary’s Institute for Integrative Bird Behavior Studies has led one of them.

In the study where he and Hinders teamed up, Swaddle tried to make sure the birds prefer not to get close to the airports, rather than drive them away from it. The method he and his team used was to interrupt the communication of the birds using noises, or he referred it as ‘sonic net’. 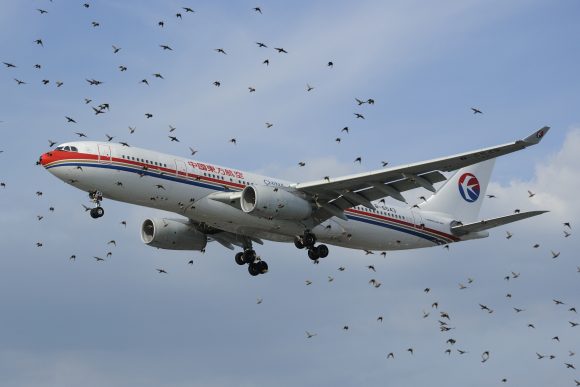 The team’s research using loud noises to prevent birds from getting close to a specific area was the first to ever be conducted. “We have conducted prior research in an aviary but this is the first study done out in the field to show the efficacy of the sonic net,” said Swaddle.

The way Swaddle and his team used to measure the effectiveness of this method was kind of unique. Before testing out the sonic net, they monitored the number of birds flying over military airfield near Newport News, Virginia.

It took four weeks before they got the number needed and decided to introduce outdoor speakers and amplifiers playing acoustic noise 24 hours a day. The noise those speakers produced was about the same volume as noisy restaurant, giving a blast of more than 80 decibels.

“We are using a different kind of deterrent, trying to stop birds from hearing one another by playing a noise that is at the same pitch as the alarm calls or predator noises they are listening out for,” Swaddle explained.

After the introduction, the number of birds flew over the area could be reduced by 82%. But that was not the only impact it could give, the adjacent area where the noise could still be heard with lesser noise pressure around 65 and 80 decibels showed about 65% reduction too. 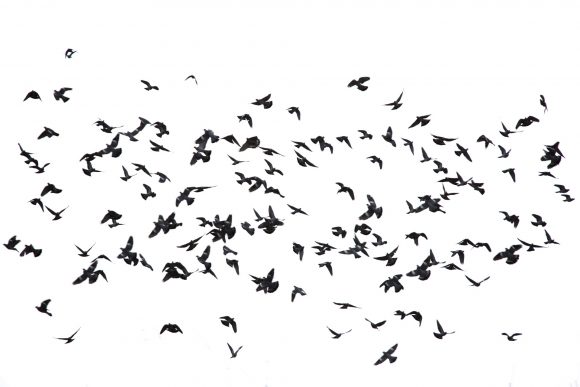 As Hinders said, that birds can make themselves get used to specific sound, like predators’ or dogs’ voices, the research used different kind of method. They not only used ‘common’ loud sounds from the speakers to get rid of the birds, but they chose more specific kind of sounds, the colored ones, instead of white noise.

White noise is a spectrum of sound, just like the white spectrum of light, where every frequency of it is balanced and steady. We usually hear it when we are tuned in into unused radio or TV channel. Colored noise is a collection of noises with different concentration of energy, either the high or low end of the sound.

One example of colored sound is pink noise, which has stronger low frequency compared to the white one. And the decision to pick the colored ones rather than usual white noise has been proven effective to annoy those birds.

“It doesn’t even have to be especially loud. It’s just that all those other people’s words fill in the empty spaces. And so you go to a quiet room so that you can hear,” the researcher explained, as stated in Forbes.

Using different colors of noise rather than picking only white noise was meant to disturb the communication line among the birds. “It’s like the cocktail party problem. You’re in a room and a lot of people are talking and it can be difficult to follow an individual conversation,” said Hinders.

It had been difficult to make those birds get away safely from the airport areas, which will result in safer flight experience to the passengers too. That’s why, preventing the birds to enter the area in the first place is the best way to get both.

With this method, even birds that pass through the barrier will not stay for a long time, minimizing the chance for them to gather as a flock. But that’s not the only good thing about it because the information itself opened up a whole bunch of possibilities.

Since it doesn’t require large speakers to get the annoying sound, this finding can be elaborated into smaller devices with the same effectiveness. Once it can be realized, there are so many places we can put it on, like baseball stadiums or even your cars.

“It could be pigeons pooping on the cars in your parking lot. It could be gulls pooping on your yacht,” said Hinders. And most importantly, it doesn’t harm the birds physically nor psychologically.