You are here: Home / Eureka Green / Will Radioactive Waste From Nuclear Plants Harm Our Environment?

Other than coal, nuclear is the biggest contributor to our energy needs. Nuclear plants are currently operating in 31 different countries in the world, starting for Europe, America, and Asia. The biggest producer of nuclear power is currently United States.

The reason why nuclear power become so popular, despite the highest popularity all around the world is still for coal plants, is because its environmental impact is particularly much smaller than coal. If handled carefully and effectively, nuclear plants can be nominated to be the most effective and eco-friendliest power plant. 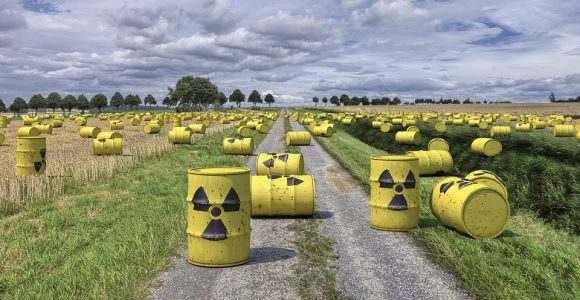 Nuclear disaster is a man-made disaster that can give us clear depiction of apocalypse, and most of the time we associate it with nuclear war. However, in fact, most nuclear disasters that ever happened are based on accidents in nuclear power plants.

You might have heard about Chernobyl disaster that forced an evacuation to every Pripyat citizen that happened in 1980s. Up until now, the exclusion zone is still being isolated by the government to prevent contamination from materials exposed to the nuclear radiations.

Well, in modern days we also hear about Fukushima nuclear plant that leaked its radiation after being struck by an earthquake and a tsunami wave. The radiation is said to affect wildlife and aquatic animals around the area. Up until now, there is still no clear information from the officials about whether the leakage have been stopped or not.

Those nuclear accidents harm our environment by emitting dangerous radiation which may result in cancer and cell mutation that might not occur directly but will occur after some period of time. Looking on those potential dangers, how can people still trust nuclear? 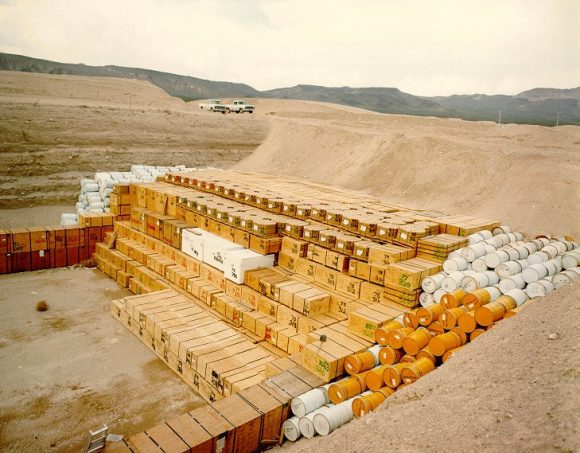 Okay, we are done to talk about the disaster, since it is just a minor occurrence that happened to less than 1% of nuclear plants all around the world. What we should concentrate more is the pollutant as the byproduct of the energy farming. 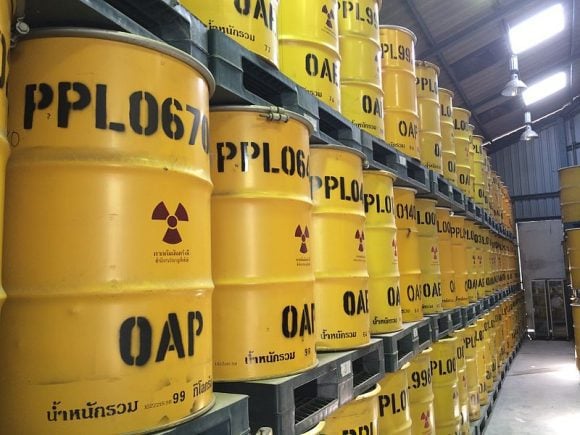 We know now that nuclear power plants are not clean in its carbon footprint, however, carbon might not be the biggest concern to us. During its energy production process, a byproduct called radioactive waste is produced.

The radioactive waste may remain active, emitting radiation, for a long period of time. Although the waste is always being kept in the power plant, it may remain active up to hundreds or thousands of years on earth.

But apparently, sometimes there is not enough room in the power plant to keep the waste, which then requires the waste to be relocated. The problem is, while being relocated outside the power plant, or in the relocation site, there is a huge threat of leaking, which will then spread radiation to the surrounding environment.

“All of the options for handling nuclear waste have potentially large environmental and health impacts: waste disposal sites have the potential to contaminate the environment for hundreds of thousands of years if the radionuclide dispersion barriers fail,” Greenpeace stated in its official website. 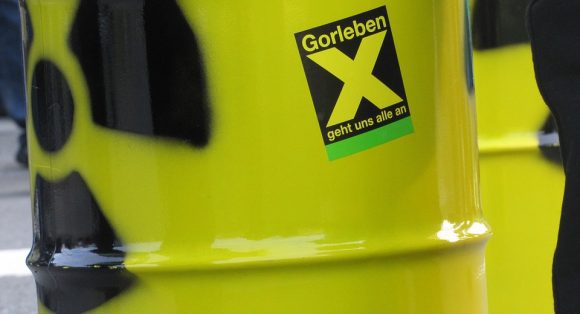 Almost the whole world recognizes the harm of nuclear waste to the environment, including the companies operating the nuclear plants. Thus, to calm the riot, the companies tried to find a way to make the waste potentially less harmful than its plain state.

In addition, although the recycling of radioactive waste is able to reduce radioactivity level in the waste, it is said that in some condition the process is not that effective. Researchers said that it cannot reduce the amount of high-level waste which contain higher radioactive potential. The problem is, nuclear power plant companies prefer to hide this ugly truth.

Greenpeace, that examined Jaitapur Power Plant EIA report, said that rather than explaining the truth to public, the company preferred to keep it hidden. “No assessment of the impacts of either of these is presented. Questions about high-level waste are answered with information about low and medium-level wastes,” stated in their website.

So, are the nuclear plants friendlier to our environment than coal plants in overall? There is still no clear statement about that from any researchers. Apparently, we just have to wait for clearer evidences and examinations about it. In our opinion, it is better for humanity to focus on developing low-risk-high-gain power plants such as windfarms and solar panels.

Wind Turbines: The Good and The Tricky Parts of This Green Energy

What Makes Li-ion An Ideal Battery Type for Our Planet?