You are here: Home / Eureka Green / Algae for Everything: Researchers Made Biodegradable Flip Flops

Through human negligence and ocean currents, the sparsely inhabited Cocos (Keeling) Islands some 1,300 miles northwest of Australia have become a kind of sieve for plastic pollution at sea.

A 2019 study estimated the 26 islands in the horseshoe-shaped chain had accumulated 414 million pieces of human debris weighing roughly 238 tons. Among those many tons of plastic were some 977,000 shoes, predominantly flip-flops.

“We need to change our habits and take on the personal responsibility to use less plastic in our lives,” Mike Burkart, a biochemist at UCSD who worked on the project, tells Alaa Elassar of CNN. “But plastic is very useful material all around us, so we need to get to the point where when someone’s buying a product, they insist it’s biodegradable.”

Oil from algae to sandals

To make the sandals, the team from the University of California, San Diego (UCSD) used oil extracted from algae as the basis for a polyurethane foam, which is typically made using petroleum.

“We begin by growing algae and we grow them in raceway ponds where we can grow them up to very high density,” Burkart tells Reuters. “At that point when they are fully grown, we take the water out of them…and basically we’re able to get the algae down to a very viscous paste.”

Oils, also called fats or lipids, are then extracted out of this paste and used as the basis for a polymer.

Formulating a biodegradable foam that still met commercial specifications for footwear required hundreds of attempts, and ultimately the result still relies on a substantial amount of petroleum.

Writing in the journal Bioresource Technology Reports, the team says their flip-flop foam is made using 52 percent biocontent, or material derived from the algae oil.

Despite nearly half the shoe being made from traditional, non-renewable sources the study’s experiments indicate the resulting foam lost 71 percent of its mass after spending two weeks buried in soil. Burkart tells CNN that the shoes should completely break down in about 18 weeks under the right conditions in soil or compost.

“After hundreds of formulations, we finally achieved one that met commercial specifications. These foams are 52 percent biocontent—eventually we’ll get to 100 percent.”

A variety of footwear companies have approached the lab about utilizing their product, and the first of those are expected to become available in January.

As the world’s most popular shoe, flip-flops account for a troubling percentage of plastic waste that ends up in landfills, on seashores and in our oceans.

Sticking with their chemistry, the team of researchers formulated polyurethane foams, made from algae oil, to meet commercial specifications for midsole shoes and the foot-bed of flip-flops.

The results of their study are published in Bioresource Technology Reports and describe the team’s successful development of these sustainable, consumer-ready and biodegradable materials.

The research was a collaboration between UC San Diego and startup company Algenesis Materials: a materials science and technology company.

It is the latest in a series of recent research publications that collectively, according to Burkart, offer a complete solution to the plastics problem, at least for polyurethanes.

“The paper shows that we have commercial-quality foams that biodegrade in the natural environment,” said Mayfield. “After hundreds of formulations, we finally achieved one that met commercial specifications. These foams are 52 percent biocontent — eventually we’ll get to 100 percent.”

In addition to devising the right formulation for the commercial-quality foams, the researchers worked with Algenesis to not only make the shoes, but to degrade them as well.

Mayfield noted that scientists have shown that commercial products like polyesters, bioplastics (PLA) and fossil-fuel plastics (PET) can biodegrade, but only in the context of lab tests or industrial composting.

“We redeveloped polyurethanes with bio-based monomers from scratch to meet the high material specifications for shoes, while keeping the chemistry suitable, in theory, so the shoes would be able to biodegrade,” Mayfield explained.

Putting their customized foams to the test by immersing them in traditional compost and soil, the team discovered the materials degraded after just 16 weeks.

During the decomposition period, to account for any toxicity, the scientists, led by UC San Diego’s Skip Pomeroy, measured every molecule shed from the biodegradable materials. They also identified the organisms that degraded the foams.

“We took the enzymes from the organisms degrading the foams and showed that we could use them to depolymerize these polyurethane products, and then identified the intermediate steps that take place in the process,”

“We then showed that we could isolate the depolymerized products and use those to synthesize new polyurethane monomers, completing a ‘bioloop.'” said Mayfield. 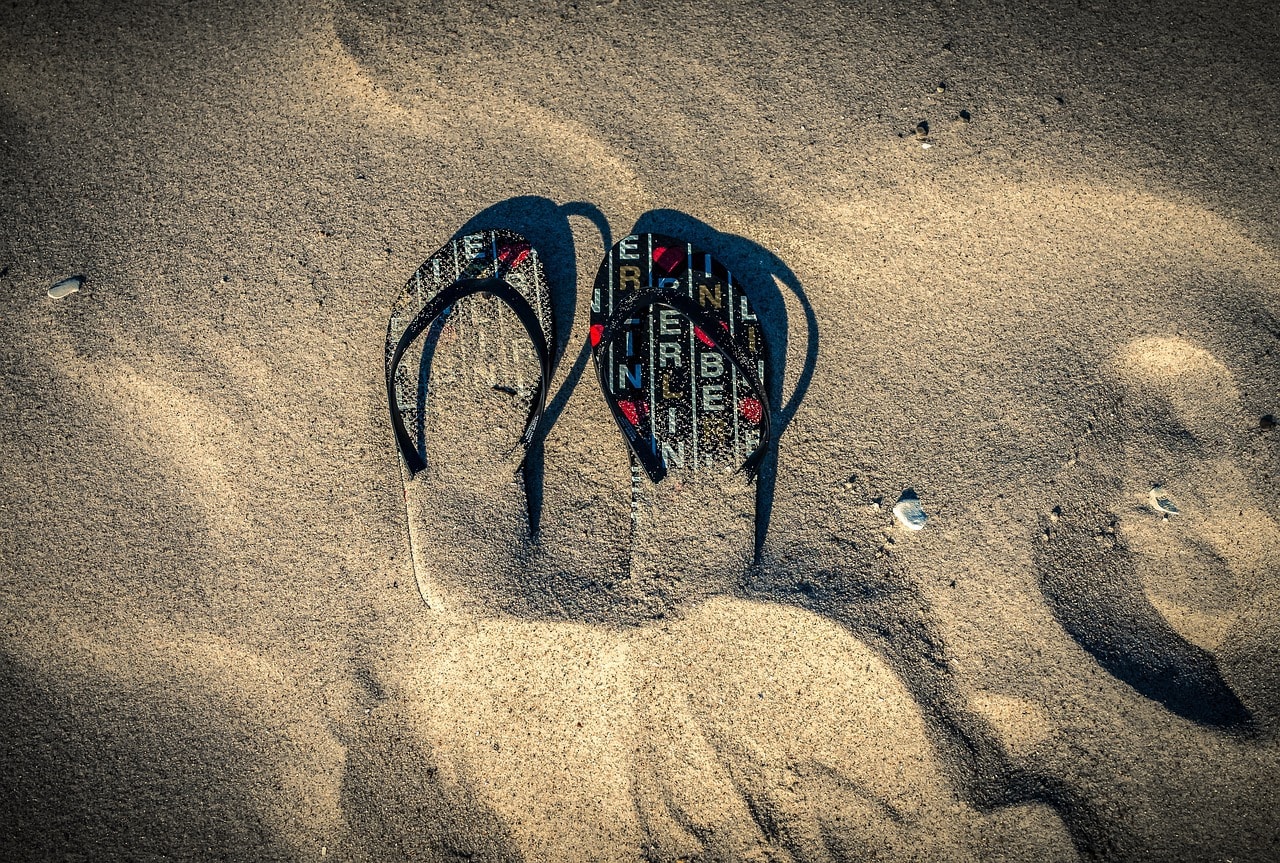 This full recyclability of commercial products is the next step in the scientist’s ongoing mission to address the current production and waste management problems we face with plastics.

If not addressed, will result in 96 billion tons of plastic in landfills or the natural environment by 2050. According to Pomeroy, this environmentally unfriendly practice began about 60 years ago with the development of plastics.

“If you could turn back the clock and re-envision how you could make the petroleum polymer industry, would you do it the same today that we did it years ago? There’s a bunch of plastic floating in every ocean on this planet that suggests we shouldn’t have done it that way,” noted Pomeroy.

While commercially on track for production, doing so economically is a matter of scale that the scientists are working out with their manufacturing partners.

“People are coming around on plastic ocean pollution and starting to demand products that can address what has become an environmental disaster,” said Tom Cooke, president of Algenesis. “We happen to be at the right place at the right time.”

The team’s efforts are also manifested in the establishment of the Center for Renewable Materials at UC San Diego.

The center focuses on three major goals: the development of renewable and sustainable monomers made from algae and other biological sources; their formulation into polymers for diverse applications, the creation of synthetic biology platforms for the production of monomers and crosslinking components; and the development and understanding of biodegradation of renewable polymers.

“The life of material should be proportional to the life of the product,” said Mayfield. “We don’t need material that sits around for 500 years on a product that you will only use for a year or two.”