You are here: Home / The Species / Aloe Vera, The Divine Plant Loved By Many

Have you ever heard a plant named Aloe Vera? Aloe Vera is a plant with tons of benefits and medical uses. The benefits are known all around the globe, and that’s the reason why many consumer products include this plant in the ingredients.

The kind of products also vary, starting from food and beverages, to cosmetics, even medicines. You might have found some products mentioning the use of aloe vera in it anywhere you go. But don’t you know that since ancient times, our ancestors had already recognized the benefits?

With that many good things in it, we think that we need to talk about this plant. Can you imagine that all those great things come from less-than-one-­meter tall plant, and it can be found all around the world. Isn’t it amazing for you?

As an appreciation post for the amazing Aloe Vera, here in this article we are going to talk about the origin, the mentionable benefits, and some interesting facts about this plant. 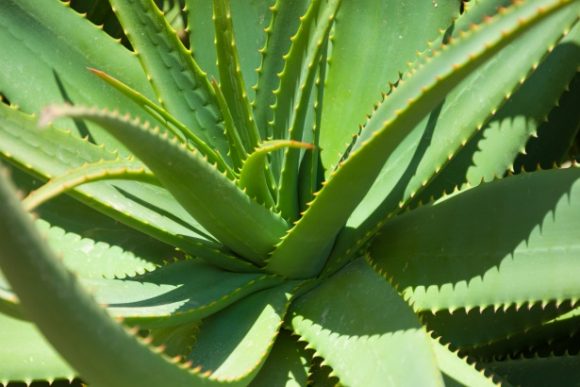 Aloe vera can be found anywhere all around the world, especially in warmer climate area. Starting from North Africa, Europa, South America, various places in Asia, even in Australia. It shows how amazing their survivability is.

Human is the species responsible for distributing aloe vera all around the world, as originally this plant came from south-west Arabian Peninsula. The distribution was done at around 17th century, where sea exploration era happened.

It may grow in the wild, but many are also grown as ornamental plant or cultivated for the yield. In example, in places like Australia, Bangladesh, Cuba, China, Mexico, Jamaica, and Spain, aloe vera is cultivated to supply cosmetics industry.

This plant can also be planted in small pot too, making it a very versatile plant. That’s why, many gardeners include this plant in their dry gardening design. As ornamental plant, aloe vera is usually treated as succulent.

This plant’s succulence actually allows the species to survive harsher condition and make it a perfect plant to grow in low-water gardens. The only things that it cannot stand are heavy frost and snow. Mildly-cold temperature is not a problem for them. 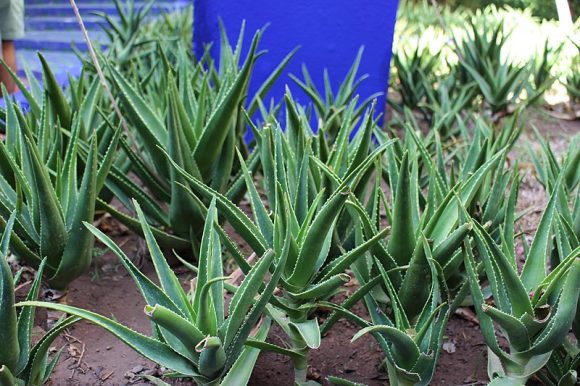 Even though there is only a little scientific evidence about the medicinal use of aloe vera, but since ancient times people have believed that this plant is a gift from heaven. People in ancient Egypt believed that aloe vera was a sacred plant.

Dead people were embalmed with aloe vera for its anti-bacterial and anti-fungi functions. And living people were using the juice of the plant for the same qualities, as well as its nourishing and moisturizing functions.

Two infamous Egyptian queens, Nefertiti and Cleopatra, were believed to routinely using aloe vera juice to retain their infamous beauty. The papyrus Eber, dated back to 1550 BC, mentioned aloe vera and its anti-inflammatory functions too.

Not only in Egypt, aloe vera was also mentioned in many scripts from other ancient civilizations. In example, people of Mesopotamia treated aloe vera as a divine plant to treat those who were ‘possessed’. At that time, sickness was associated with evil spirit, and those who were ill, treated as possessed by evil spirit.

During Alexander The Great era, aloe vera was also mentioned. Not for beauty, but its medicinal uses that was used at that time. It was believed that Aristotle suggested Alexander The Great to capture Socotra because of its aloe groves, which was needed to treat wounded soldiers. 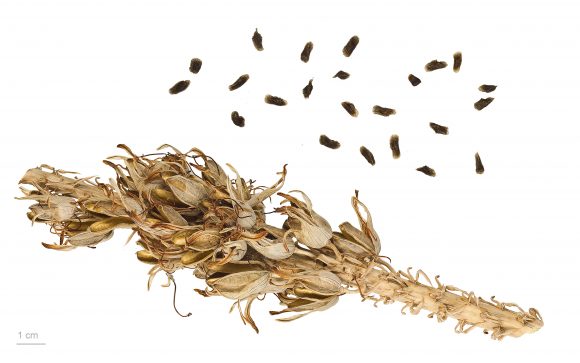 Here we will give you the facts about aloe vera, and what actually makes it great. First, aloe vera contains two different substances: the latex and the gel. Gel is the clear substance inside the leaves, while latex is yellow substance you can find under the plant’s skin.

The gel contains about 75 different vitamins, amino acid, and minerals. It is also believed that aloe vera also contain saponins, antimicrobial compounds that can help to treat bacterial, fungal, even viral infections to human body.

This is the reason why aloe vera is not only popular in food industry, but also pharmaceutical industry. In addition, this plant is also featured in cosmetics industry because of its skin-soothing properties the gel contains, such as vitamin E and C.

The gel is not only useful for us. In fact, it is also useful for the plant itself, because it contains 96% water. The gel helps the plant to survive in arid regions, even for almost a century. Yes, aloe vera can live up to 100 years in the wild.

Oh, and actually there are about 300 different species of aloe vera, most of the mare in the wild. People are only known to cultivate 4 species among those 300, and the most popular one to be cultivated is Aloe Vera Barbadensis which is native to North Africa.

We mentioned above that aloe vera is pretty famous in pharmaceutical and food industry, but United States toxicology team stated that internal consumption of it is not safe, actually. The team stated that some compounds in aloe vera can be carcinogenic, or causing cancer.

Other potential side effects mentioned by the team also include abdominal cramps and diarrhea. Thus, the team suggested that aloe vera should only be used as topical purposes only. However, other countries seem like they don’t believe that statement.

In example, in Indonesia, aloe vera is used as an ingredient of traditional iced drink named Es Lidah Buaya. With certain processes, the gel is washed and cooked with traditional ways to produce a kind of smooth gel with distinctive taste.

Ayurveda, a natural healing system originated in India is also known to constantly using aloe vera to improve digestive system. Yet, there is also no report saying that people are having bad experience after consuming aloe vera with those two methods mentioned.

Whether the report is true or not, but the fact that aloe vera has been used since ancient times proves that it has some kind of ‘charm’ to human. This is indeed a small yet strong plant that we need to appreciate, and maybe make use of fully for its tons of benefits.