You are here: Home / Eureka Green / What If Burning Woods Releases More CO2 Than Fossil Fuel?

Fossil fuel burning is the biggest contributor in our planet’s global warming. The main reason is because of carbon dioxide, which is the byproduct of the fossil fuel burning, that we release to the atmosphere creates a greenhouse effect by trapping the heat from the sun blasted to our planet.

Looking on how much harm the fossil fuel may cause to our planet, we try to replace fossil fuel with many alternative energy providers. One option chosen is simply by burning woods instead of coals or natural oil.

Many European countries, including England, choose this option to reach its carbon emission limit. However, apparently woods burning is not less dangerous to our environment than fossil fuel burning. Not only because of its emission, but also the process itself might harm our environment. In this article, we will talk about it. 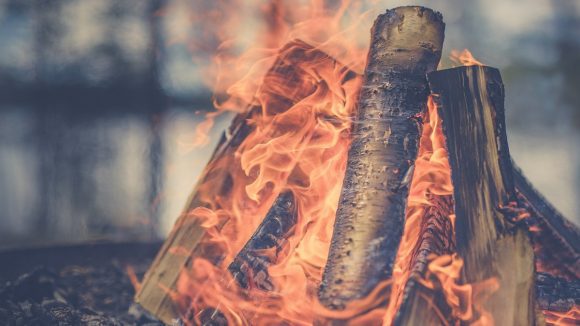 Talking about global emission, we often hear about carbon footprint. Carbon footprint is the amount of carbon in the atmosphere a particular activity contributes or subtracts. In example, burning fossil fuel is giving more carbon, while recycling is reducing the potential amount of carbon.

In this case, we know that plants are able to capture carbon from the atmosphere and store it in its body. And when the plant dies out and rot, it will release back the carbon it has trapped for its whole life cycle to the atmosphere.

In the future, other trees growing to replace the died tree will reclaim the carbon from the atmosphere and repeat the process. This process is actually in an infinite loop until the end of time, and there is a misunderstanding about this process. 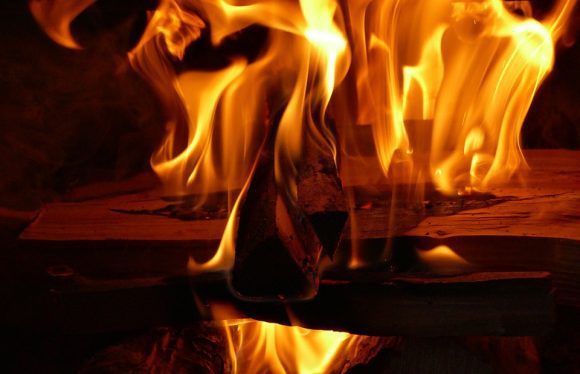 In this way, the burning woods seems to have neutral carbon footprints, and most likely it is. The problem is that by burning woods we release the carbon much faster than the natural process. The amount of carbon that the tree had absorbed in tens of years could be released back to the atmosphere in just hours of burning.

Thus, although it may seem neutral in calculations, but sudden burst of carbon from woods burning cannot be absorbed instantly by other trees. It leaves an excess amount of carbon out in the atmosphere and this excess carbon becomes the catalyst of the greenhouse effect.

That’s not all, burning woods apparently release carbon as much as four times higher than burning gas to the atmosphere. It also contributes about one and a half times more carbon than burning coal which is a lot of carbon. 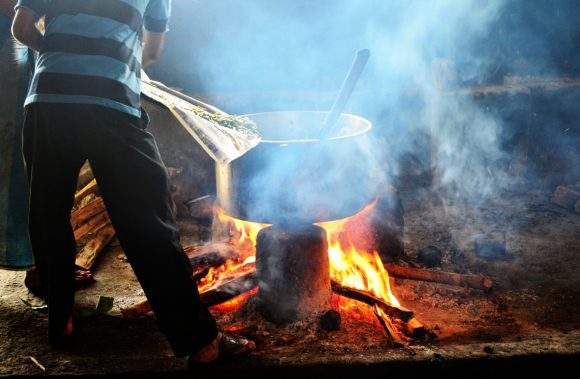 While if you think that’s all about the carbon footprints of burning woods, let’s consider the additional efforts in the process. Some power plants are using burning woods in the form of pellets to replace coal, such as the giant power plant in England, Drax generators.

The wood pellets that the power plants burns are imported from Canada and United States. This is a rather inefficient process looking on the amount of energy used and carbon footprints left during its production and transporting process.

Not only that, the plantation of the resources also need a vast amount of land. Regular production of wood pellets also means that a strict management of vegetation and ecosystem is needed to prevent destruction of environment and exploitation of the nature.

In the future, when earth is inhabited by 10 billion humans, those lands and vegetation will be highly needed to provide food sources. And by that time, we will need to find another new alternative to this ‘alternative’.

Looking on those factors, we might want to rethink about using woods as the replacement of fossil fuel, since it is pretty risky and if handled wrongly may instead cause further destruction to the nature. So, can we say that burning woods is particularly inefficient way to reduce global warming?

John Beddington, a former UK government chief scientific adviser, said that considering burning woods as a renewable energy option is a kind of misguidance. “These policies may even lead to a situation whereby global emissions accelerate,” he said in Carbon Brief. 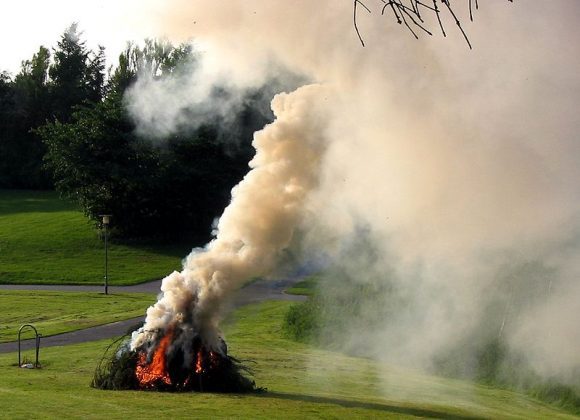 Beddington said that using woods to replace fossil fuel might bring harm to the nature in the future since if the trend continues, the amount of woods burnt will exceed the amount of the harvested ones and to fulfill the needs, they will seek for resources in new places.

The new places might be natural forest that has contributed the most in absorbing the carbons in the atmosphere. “If Europe chooses this route, it seems likely that a consequence will be vastly greater removals which will come mostly from natural forest globally,” he said.

“The result of promoting a system of biomass electricity from dedicated tree harvesting will in all realistic scenarios mean there will be substantially more carbon in the air for decades, regardless of the type of forest and no matter how sustainably they are managed,” he continues.

This statement is supported by Phillip Williamson, a climate expert from University of East Anglia. “even if further carbon dioxide release can be prevented, the scale of bioenergy required seems likely to have serious land-use implications, either at the expense of food production or resulting in natural habitat loss,” he said.

Thus, to point out the energy efficiency and renewability, actually there are many other alternatives to the fossil fuels that we can use to generate energy. Solar plants and windfarms are the examples of efficient and renewable energy sources.

Both solar and wind energy doesn’t need any particular resource to generate energy because they basically get it from natural occurrences like winds and sunlight. The amount of energy generated has also already been proven to be sufficient to support our normal modern life. So, instead of risking our nature by burning woods, why don’t we just concentrate on developing those eco-friendlier generators?