You are here: Home / The Species / Why Chytrid Fungus Are Feared To Bring Mass Extinction?

We are working so hard to protect our nature nowadays, and to restore it to a better state than what we have nowadays. But what if the destruction comes from the nature itself? Can we do something about it to prevent further destruction?

Thousands of amphibians are being mass-slaughtered for the last decades. Not only thanks to our ‘great job’ of causing pollutions, but also because of a natural phenomenon. The thing is, it is a fairly new phenomenon even for the scientists.

The phenomenon has been said to drive out about 501 species of amphibians in this planet. That’s about 1 species being wiped out every 16 known species. The bad thing is, it happens globally, not in just one secluded area.

The phenomenon is a disease caused by so-called Chytrid fungus. What is this? What can we do about it? Here in this article we are going to talk about it. 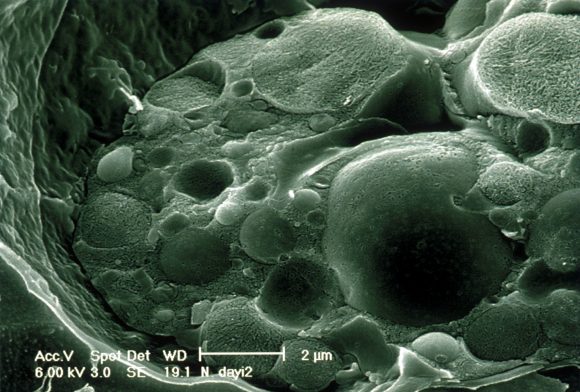 Batrachochytrium dendrobatidis and Batrachochytrium salamandrivorans are two known zoosporic fungi to cause the phenomenon.  The fungi are responsible for causing an infectious disease called Chytridiomycosis.

They are able to cause sporadic death with up to 100% mortality rate to infected amphibians. Is it that bad? Yes it is, and always has been that deadly, but for researchers, the mortality rate is a newly acquired information.

“We’ve known that’s chytrid’s really bad, but we didn’t know how bad it was, and it’s much worse than the previous early estimates,” said Ben Scheele, an ecologist at Australian National University, to National Geographic.

Scheele and his colleagues have been conducting studies to learn more about the deadly disease in amphibians all over the world. They found out that the presence of the fungi has even caused a huge disruption in nature biodiversity.

“Our new results put it on the same scale, in terms of damage to biodiversity, as rats, cats, and [other] invasive species,” he said. It also means that the disease is not limited to only amphibians, but may also affect other species. 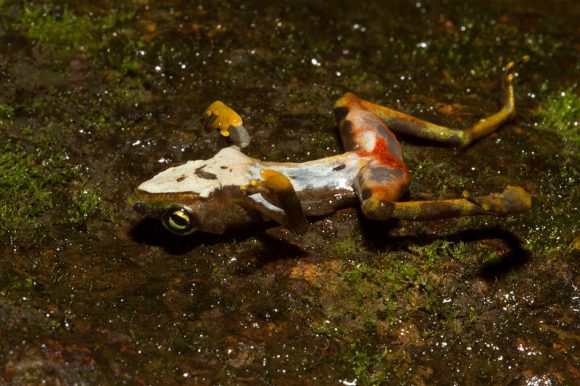 Among those two, Batrachochytrium dendrobatidis (or simply called as Bd) is the more dangerous one. Not only because it can affect more various species of amphibians, but also because it has been the main cause of the death of those 501 species. In fact, among those 501 species decline, only one of them was not caused by Bd.

Researchers are surprised with the data. “It’s crazy what this pathogen does. It’s a smoking gun that wasn’t there before,” said Trenton Garner from the Zoological Society of London, who contributed to the study of this disease, to NewScientist.

The disease has caused greater loss of biodiversity on an order of magnitude greater than any other wildlife diseases such as white-nose syndrome in bats. With this discovery, it means that Chytridiomycosis has been nominated as the deadliest pathogen on earth.

According to data, by contributing on the decline of those 500 species, Chytridiomycosis contributed to erasing about 7% of all amphibian species. This makes researchers recognize the disease as the most destructive naturally occurring disease since it first emerged in 1980s.

“Chytrid fungus is the most destructive pathogen ever described by science, that’s a pretty shocking realization,” said Wendy Palen, a biologist at Simon Fraser University in British Columbia, who also studied this pathogen. 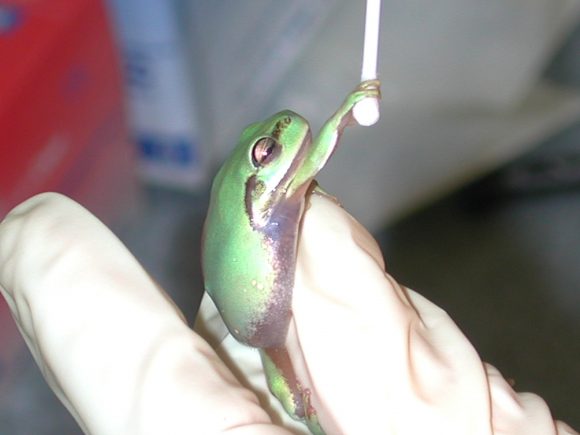 The pathogen can be found anywhere in this planet, bringing threats to amphibians worldwide. Weirdly, there is only one continent in this world where such kind of phenomenon doesn’t occur. Yes, some Asian amphibians might have been killed by the disease, but pathogenic spread has never been found there.

Bd is widely distributed in the continent, and the fungus has been present there since early 1900s. Not only that, many distinct genotypes are being described from the continent. However, no reports of disease-driven mortality or population declines has been filed.

Some believe that actually similar disaster has happened in the continent in the past, and even recently. But poor records of amphibian demographic researches in Asia hides it from the world. While some others believe that Asian amphibians are more immune to the disease.

Another interesting thing about the spreading of this pathogen is, Chytridiomycosis has not been found in Oceanic islands like Papua New Guinea, Fiji, and Solomon Islands. The fact that they are located in south east of Asia might have something to be explained.

However, records also found that Australia, whose fauna diversity is similar to Oceanic islands, is heavily affected by the pathogen. Researchers are yet to understand and still finding out the connections and difference between the cases in those areas. Including Asia. 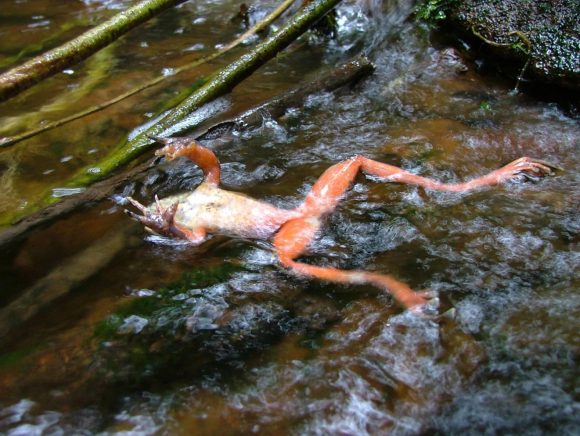 The disease spread through the species by touch or by water, since it can even ‘swim’ in short distance. The fungus can also live outside its host for weeks at a time. “If it were a human pathogen, it’d be in a zombie film,” said Dan Greenberg, Ph.D. student at Simon Fraser University.

But as all zombie films depict a certain case to be the cause of pathogen’s breakout, Chytridiomyosis also has one. New study suggested that changing global temperature is responsible for the disease’s increasing outbreak.

What’s devastating about this fact is that we cannot reverse the damages done by the disease to amphibian species. Even though someday we are able to solve the climate change puzzle, but it seems impossible for us to bring back those eradicated species.

As time goes by, we discover more and more impacts of climate change. Since we contribute a lot to climate change itself, we should be responsible for it. Chytridiomycosis only affect amphibians and might also some invasive species like rats and cats. Should we wait for it to evolve into human-killing pathogen before we realize our mistakes?

We are still not too late to change our bad habits. We can also do it from something small, such as planting more trees than what we cut down. We have options, but do we want to choose?