You are here: Home / Eureka Green / CityTrees Use The Power Of Moss To Replace 275 Trees

If you read recent news about our nature, you might have known about how coronavirus affects our air quality. Yes, during the lockdowns of the pandemic the air quality has been better. However, that’s not something that we all want.

Of course, we don’t want this virus and the lockdowns to happen forever. We want this pandemic to end as soon as possible. However, it means that we are going to get our ‘normal air’ back with the pollution and emission level.

Here in this article we are going to tell you how to get better air quality with the newest innovation from Germany called CityTrees. 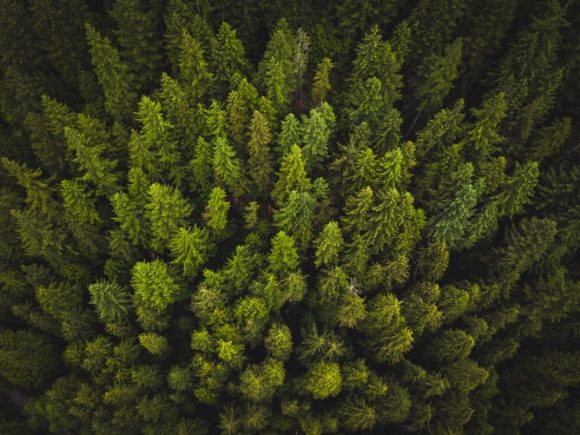 Green City Solutions, a German startup company focusing on developing properties for better future, is the developer of this smart device. CityTrees literally combines the power of biology and the ease of automated Internet Of Things (IoT) technology in real life.

In 2014, the company invented the first generation of CityTrees, the device we are talking about. Since then, they focused on developing it further “from design to energy and water supply to environmental performance.”

As mentioned above, CityTrees is a small device that takes up only 3.5 square meters. That’s less than the size of your cars. However, this device has the power of a forest in terms of absorbing carbon emissions in the surrounding area.

This device is so powerful that it can do the work of 275 trees without taking up much space. “We also have pollution sensors inside the installation, which help monitor the local air quality and tell us how efficient the tree is,” said Zhengliang Wu, co-founder of Green City Solutions.

Not only it is aesthetically fit into modern city design, it functions as pollution absorbent in the whole area too. Further, this device will give pleasant cooling effects, and also deliver comprehensive information to the surroundings with its IoT technology.

The Work Of Moss 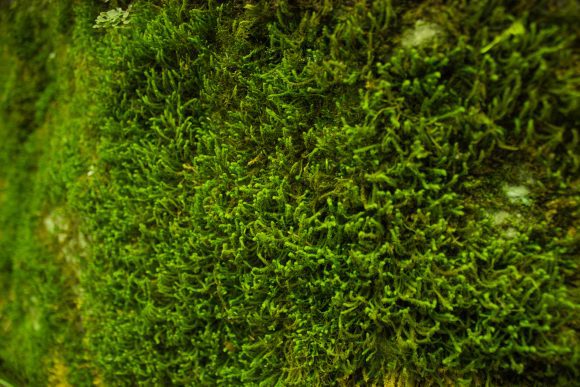 The secret is in the organism that they are using. Despite its name, CityTrees doesn’t use any singe tree. Instead, it contains densely packed moss culture which is arranged vertically just like apartments. The moss culture is the part of it working to filter air pollutants.

Moss culture is used because of its underrated power to filter out and capture pollutants. “Moss cultures have a much larger leaf surface area than any other plant. That means we can capture more pollutants,” Wu explained.

The device can filter any kind of air pollutants that we usually find in urban spaces. Some of which are fine dust, nitrogen oxide, and also carbon dioxide. With the power of 275 trees, this device can capture up to 240 metric tons of pollutants per year.

The device can improve the air quality of its surroundings up to 50 meters away from it. And to prevent this device to pollute the air with carbon emission by itself, it uses the green and unlimited energy of the sun captured by its solar panels.

To water the moss, because definitely it needs water to grow well, CityTrees automatically captures rainwater and surrounding moistures. The natural water collected is then redistributed smartly using its built-in irrigation system.

With the growth of cities all around the world in this modern time, energy consumption has multiplied too. In this case, we are talking especially about energy consumption by fossil-fueled vehicles. We all already know that those vehicles exchange fossil fuel for carbon emission and other airborne pollutants.

CityTrees offers the solution for that with many other additional benefits without demanding too much from the environment. It just requires a space of 3.5 square meters wide and 2 meters deep in the busiest urban space.

This device simply works like a small forest that can be put in the middle of a city park. It powers itself with the sun and collect water from natural sources automatically. The main function of it is also similar to a small forest.

However, it offers more to our modern life with additional sensors to collect data of performance. The device can also easily blend with urban space environment without the need to modify or cover it. It can work as billboard that shows images, lettering, and digital data in the form of QR code, iBeacon, and near-field communications.

If you imagine the view of a green and smart city, you might want to put this device in the picture. Even the Green City Solutions’ CEO Dénes Honus said that CityTrees is the missing piece of modern cities pollution puzzle.

With such powerful features that it provides, it seems like any city in this world would want to install at least one of it. The company indeed have already installed 20 units of CityTrees all around the world such as in Oslo, Paris, Brussels and Hong Kong.

The company is also planning to install more of it in India and Italy. However, to get one of the devices installed in your city, you still need to invest around $25,000. It means mostly we need bureaucratic works to get one of it installed in our city.

“We intentionally pick spots where pollution is heavy due to traffic and air flow is limited,” Wu explained. That’s why, absolutely the installation of CityTrees should be approved by local government too, even if it only consumes about 3.5 square meters.

Well, if your city doesn’t seem like installing this device in short future, at least we all now know that moss can work very well in capturing air pollutants. Who knows that in the future you can create simpler and cheaper device that can work as good as this device?