You are here: Home / Eureka Green / How a Woman in Japan is Cooking with Solar Energy

Remember the times when we walked home from school under the scorching sun? Some may wonder, can we cook an egg on the road using the heat we felt on our head? The fact is, the answer is yes and we can even cook chicken in it. Cooking with sunlight is pretty much doable.

So, when a woman lives alone without electricity and cooking only using sunlight, is it also doable by others? If we do that, will it be an easy life or does it mean we prefer the hard mode? Well, apparently the woman said that things are not as hard as many people thought.

Here, in this article we will talk about how cooking with sunlight can be done by everyone.

Chikako Fuji and Cooking with Sunlight 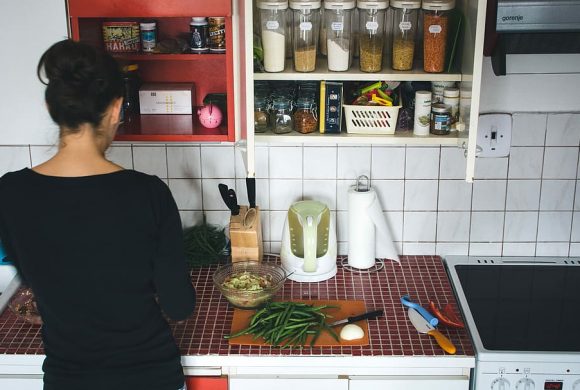 Chikako Fuji is 62 years old and she lives alone in Tokyo just like many regular women in the country. However, what makes Chikako different is that she doesn’t need any connection with utility companies in her life.

This is so strange knowing that she lives in Japan, where utility companies provide the best efforts to the citizens. So, does it mean that she is poor and cannot pay for any utilities like electricity and gas? Fact is, she is on the opposite side of the spectrum.

She lives okay, and she stated that she is even happier nowadays with this way of life. And now, it has been more than a decade for her to live this way. “I started this lifestyle because of the Great East Japan Earthquake in 2011,” she told Euro News Green.

“Shortly after the quake, there were scheduled blackouts a few times here, so suddenly electricity was cut out and I felt I should have my own electricity prepared. So, I had one solar panel set up,” Chikako explained.

And because of no gas either, she learned how to cook food using only sunlight. “On sunny days, a slice of fish can be cooked in around an hour and for a chunk of chicken breast it will take about an hour and a half,” she said.

So, how does Chikako happen to cook with sunlight and why does it need hours to complete? The point is to make sure the heat radiated by sunlight can be transferred in its maximum value into your cooking utensils.

Chikako does it by putting any food she wants to cook in black cooking pots and leaves it under the sunlight for a few hours. Since the heat of sunlight is not as hot as fire, of course it needs more time to cook the food.

Even when some food, such as rice and cake, requires much more heat, that’s not a problem for Chikako. She also uses solar cooker which works by concentrating the heat of sunlight into smaller central spot using mirrors.

This way, the heat that the cooking utensils get is much higher than just putting the pan outside. The solar cooker works just like when we use magnifier to concentrate the sunlight into one spot to burn paper or grass.

Chikako also uses candle to heat stove top, and she enjoys this kind of lifestyle. “Food cooked in the sun is delicious and it doesn’t use any gas and electricity. And it can be used when a natural disaster hits. I want to continue solar-cooking and develop skills,” said Chikako.

Cooking with Free Energy is Everywhere 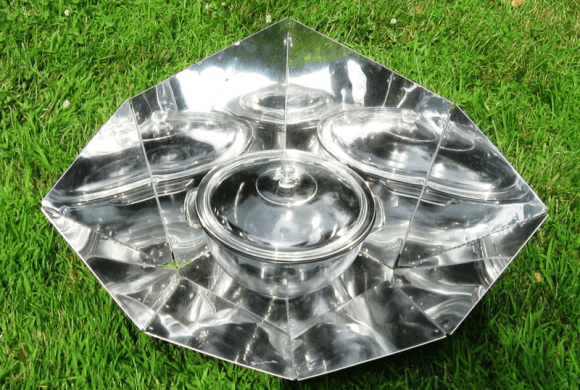 Chikako’s skill and lifestyle to cook with sunlight is not an exclusive skill that can be done by her. Everybody on earth can do that, even ancient civilization has done it before. Whether we want to learn about it or not is up to us.

Let’s talk further about cooking with free sunlight energy. According to Solarcooker.org, this practice has been done by a lot of people all around the world such as the ones living in rural area of China, India, and Sudan.

Those people use parabolic solar cooker to concentrate the sunlight into one small spot. And if you ask whether or not food cooked in solar cooker is safe to eat, it actually is. Using only sunlight, solar cooker usually produce heat up to 250 degrees Fahrenheit or around 120 degrees Celsius.

What should be Prepared? 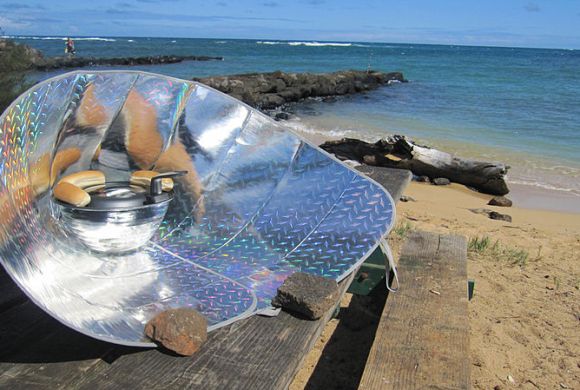 So, if you want to cook with sunlight, what should we prepare? There are some tools you may need, depends on what kind of food you want to cook just like what Chikako does. And essentially, what you need are black cooking utensils and maybe a solar cooker.

Black cooking utensil is a priority here because black absorbs more heat compared to other color. This way, we can maximize the absorption of heat generated by sunlight, and the cooking process requires less time.

As for solar cooker, there are two ways we can get it. First is by purchasing it, which is the easier way to get it, or create it yourself. To create a solar cooker, what we need is just bendable reflective surface to bend sunlight.

Bending sunlight can also be done by using many small pieces of mirror arranged in parabolic shape. And about the size, you are free to design it as big or as compact as you desire. It is up to you whether you want the bigger one that can produce more heat or the compact one that you want to bring when camping outside.

Both of them can function well, and as long as you have it you have free tool to cook food wherever you are.