You are here: Home / Hello Earth / Our Forests Are Burning: Is It A Cycle Or A Disaster?

The earth is scorching: first with its global warming, and the second is with the burning of forests that happens all over the world. It is finally the time for us to see that something is not right with nowadays temperature, and we have to do something.

Let’s see, amazon forest is burning, and many parts of forests in Indonesia are burning too. They produce massive amount of smog that not only threatens the environment, but also people who live near the burning area.

Even half of South-East Asia countries are fuming now because the smog that the burning forests in Indonesia produce are affecting their countries. It poses them to acute respiratory tract infection. Those people have to wear masks, even if they are staying home.

Some people say that we are to blame for such condition, but some others say that this is just a cycle that has happened for centuries. So, which one is the right statement regarding this condition? Well, both of those are true. 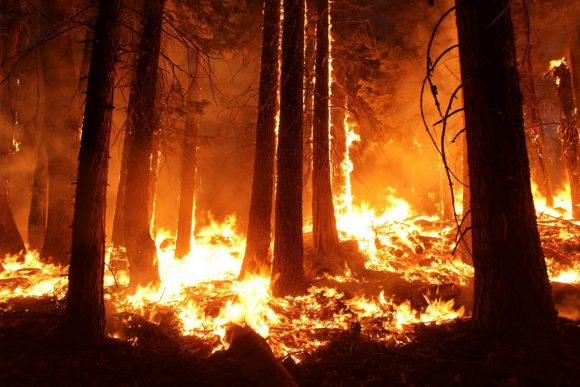 According to a data, over 300,000 hectares of land were burned since the beginning of 2019 alone in Indonesia, but that was still not the worst. In recent month, Global Forest Watch discovered 8903 fire alerts in the entire archipelago.

That number is more than twice the average number of fire alerts which the country usually experienced. Meaning that this year can be the worst fire in Indonesia. The problem is, more than 40% of those fires are fueled by peatlands.

Peatlands are carbon-rich swamps and it is highly combustible. This is one of the most valuable ecosystem on earth while also the largest natural carbon store. While when damaged, peatlands can be a major source of greenhouse gasses.

With more than 40% of the fuel are from peatlands, we have to put more attention to this year’s Indonesia fire-induced carbon release. Peatlands need millennia to form, and once they are burned, they release all the carbon they have stored for that long period.

But how did such kind of wetland become a fire pit? Well, the answer for that is none other than being intentionally burned for conversion into housing or commercial plantation, such as oil palm plantation that can be found easily in Borneo and Sumatra.

Is It Burned Down?

So, seems like the forest and peatlands are burned down. But forest fire this year doesn’t happen only in one place, but almost all over the world. If they are really burned down intentionally, there must be a global conspiracy behind us happening.

Thus, back to the main question: was it burned down, or is it just another cycle that we have to go through with almost every year? Researchers are conducting serious study to find out which one is the real answer for the question.

Mark Bush, a professor of paleoecology at the Florida Institute of Technology is one of them. From his study, he found that fire in Amazon has occurred since millennia ago, but none of them or so few of them were natural.

“We have 4,000-year sequences with absolutely no hint of fire from the western Amazon, no charcoal, not a speck, and these are not in the wettest parts of the Amazon,” Bush said. It means that no natural fire has happened to the forest.

“The signature of fire is a uniquely human signature in the Amazon. It comes right in with maize or manioc agriculture, you know exactly what’s going on; it’s people in that landscape,” Bush explained to National Geographic. 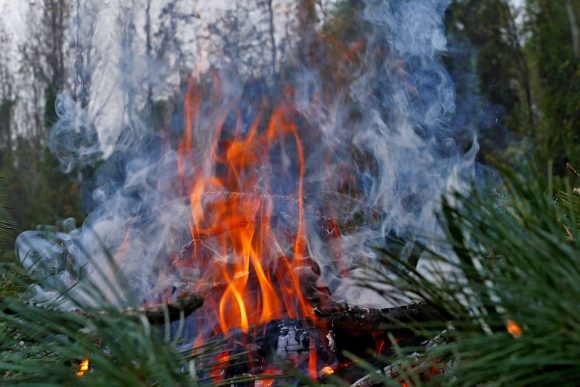 From that explanation, we can draw a conclusion that Amazon has always been burned by human. Researchers said that indigenous people indeed used to burn forest to open new field for crops or maybe housing areas of their tribes.

From that study, we can say even though it happened year by year just like a natural cycle, it actually isn’t. This is different from what happens in Australia where thunders are usually the suspect for forest fire and it regrows more beautiful forest later.

Such kind of practice also happens in Indonesia. Just like mentioned above, people used to burn forest to open a land or a field for crops. The problem is, what has happened this year, or these last decades, where the fire went out of control?

“The fires that we see in the paleo record are temporally less frequent, seem to be spatially less extensive across the landscape, and didn’t occur everywhere,” said Crystal McMichael from the University of Amsterdam.

But Amazon today is different from Amazon back then. Maybe the answer is the changes in forest composition. Deforestation and low maintenance might be the suspect for the spread of forest fire, along with other human-induced causes. 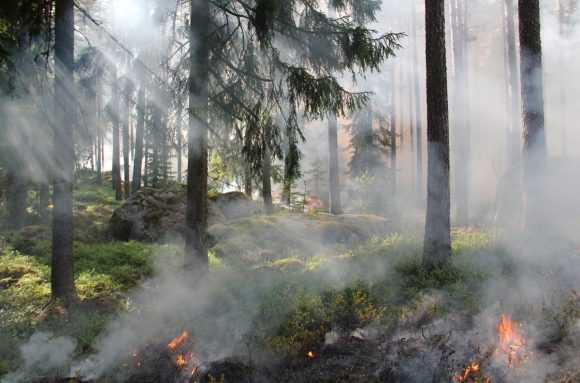 It was supported by a study, conducted by McMichael and her fellow researchers, whose intention was to find out the water content in different parts in Amazon. “We actually got results we didn’t quite expect,” the researcher explained short.

Deforestation without proper reforestation, increasing air temperature, ozone holes, and many other aspects apparently play important role in the spread of forest fire nowadays. Yoshi Maezumi, a Marie Curie Fellow at the University of Amsterdam has the explanation for this.

“Imagine a dense rainforest, really dark and wet, with no sunlight penetrating to the lower canopy. But when you go out and start clearing, once you get sunlight you get drying and warmer temperatures,” Maezumi said.

Human used to burn forest down, but at that time they still had lush forest around the opened area. Let alone the temperature of this planet back then was not as warm, because many other parts of this earth was still full of trees.

So, even though people used to burn forest down and made it a tradition, it is not a reason to justify forest burning nowadays, McMichael said. The condition nowadays is too different from back then, and it might be the time for us to stop this tradition (cycle) if we want to avoid worse forest fire.