You are here: Home / Hello Earth / Maybe There Is Not Enough Fresh Food For All Of Us

Food is, and will always be, a primary need for us to survive living. It is a common sense, but do all of us realize the importance of food? Apparently not, at least about how other people get enough food to survive.

Food, nowadays, has become more part of lifestyle than basic needs. And if you think taste is more important than nutritional value of foods, then you might have become one of those people who think that food is a part of lifestyle.

Most of us no longer eat food for its function of survivability, but merely to satisfy our taste buds. Yes we still have the instinct to eat whenever our stomachs growl, but we tend to be choosy about what to eat even when we are hungry.

But don’t you know that our choosy habit about food might affect other people’s lives? Here, we will explain how it works. 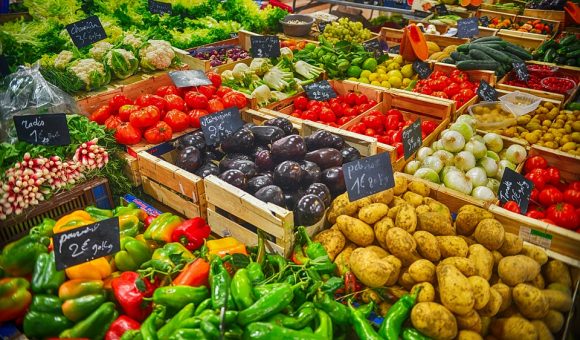 Currently, there are more than 7 billion people living on this planet, getting closer to 8 billion people. Try to imagine how much food is needed to fill the stomachs of those people everyday. Can mother nature provide enough resources for all of us?

In fact, researchers found out that mother nature can, and does. While in mathematical calculation, the amount of food provided by nature can still support several billion more of us. But this is strange, since in many parts of the world, hunger exists.

How can it be possible that in calculation there is enough, and a bit more, food for all of us yet hunger exists? The answer is economy, most of those who are suffering from hunger are living under poverty line.

As stated in World Economic Forum, poverty and hunger are ‘close friends’, meaning there is a strong connection between those two factors. World Bank’s poverty line is $1.90 per day, and for people living under the line food means 50% to 70% of their income.

However, another data found out that there is actually enough food for everyone produced and processed every day. So, if there is enough food for all of us, how can some people are still suffering from hunger? 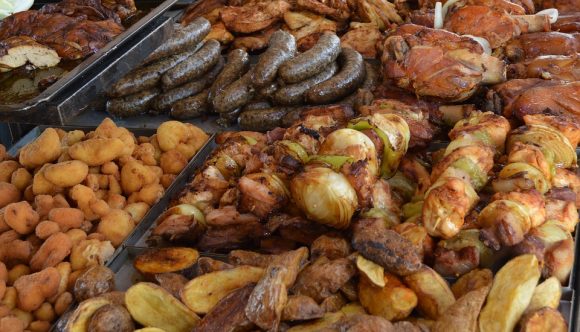 The answer to the question above is inefficiency in processing the resources, and to fight it we have to start processing resources efficiently. It is more than just social awareness between the 7 billion people. When the earth is welcoming a couple billions more, it would become a necessity.

One example of inefficiency is how so many resources are being processed into more ‘tasty’ or ‘sophisticated’ kind of food: meat. This is not another ‘vegan’ post, but it is about how much resources is consumed to produce our daily consumption of meat.

Livestock needs to be fed with plants, that some of those otherwise can be used to directly feed people, while both plants and livestock need water. Data stated that nearly half of United States water consumption goes to raising livestock for consumption.

While another data found out that about 70% of grain and cereals grown in the country are fed to livestock, which in the end goes to our plates too. And to get 1 kilogram of meat, we need to give up  about 16 kilograms of grains.

Using economic principals, more processes needed and resources consumed to make a food, then the price should be higher. This is simply the reason why meat is more expensive compared to vegetables.

But water is not the only resources being ‘wasted’ upon producing food in United States. There is another natural resource that should be ‘wasted’ to produce those ‘more tasty and sophisticated’ food products, land.

And yes, United States might be among the most inefficient countries regarding to converting resources into foods. A study conducted by a group of researchers from Universities of Guelph and Waterloo in Ontario, Canada found that if the entire world were to follow United States’ dietary guidelines, there won’t be enough land to grow it all.

“Our analysis shows that there is not enough land for the world to adhere to the USDA guidelines under current agricultural practices. This is despite the fact that the USDA guideline diet is already less land-intensive than the current U.S. diet,” as stated in the study published in scientific journal PLOS ONE.

The amount of fertile land needed to catch up with those guidelines, researchers said, would be equal to the width of Canada, or more than 4 square kilometers. In other words, if the entire world ate like Americans do nowadays, we should have started planting wheat and corn on the surface of the moon.

This might be the reason why European countries chose not to follow the diet guidelines of United States. And as a result, Europe can dedicate less land for food production while still avoid undernourishment disaster.

There’s A Prove We Can 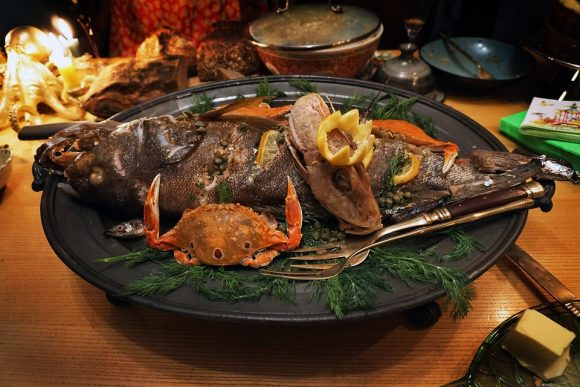 The prove that European countries can reserve more resources by following their own dietary guidelines tells us that there are alternatives more suitable to the whole humanity. Using less land means using less resources, and it proves that becoming more planet-friendly doesn’t mean becoming ‘tortured’.

With more land being able to be spared and less water to be consumed, without taking the amount of nutrients off the foods, European countries dietary guidelines show us a glimpse of hope in facing global hunger caused by the lack of fertile land to produce food.

“Feeding the world over the next generation is one of the biggest global challenges that we face. And this is not an easy problem to solve. It’s right up there with climate change and international trade issues and all these big, thorny issues of the 21st century. This study gives us some sense of the scale of the problem,” said Evan Fraser, the co-author of the study.