You are here: Home / The Species / Don’t You Know That Fungi Have The Ability To Shape The World?

There is one organism that we tend to ignore the presence, let alone the importance, or in other words being overshadowed by more glamorous organisms on earth. It is fungi, the thing we are in love-hate relationship that comes and goes by seasons.

The unique shape, the smell of it, the size of it, and also the potential ruination it can bring to our food or our furniture are the reasons why we consider it not worth the attention. However, that view is similar to hating bacteria because it can cause sickness.

Most fungi play very important role in supporting and retaining life in this planet. We just don’t realize it yet because of course even studies about this organism is often being overshadowed by studies with bigger and more glamourous organisms.

Merlin Sheldrake, a biologist and the writer of Entangled Life, tries to tell the world how important the presence of this organism on earth. How important is the organism, actually? 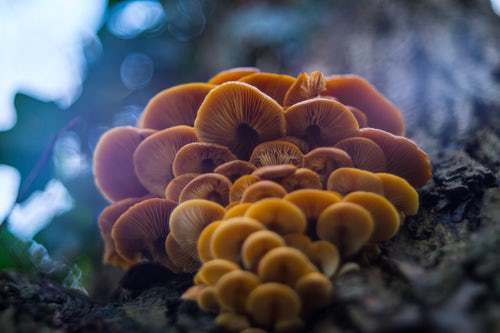 As we said above, fungi are often overshadowed by other organisms in many cases. Our researchers tend to choose bigger and more glamorous organisms on earth to be studied because it will be easier to make them recognized when the study is successful.

However, such kind of thing is apparently only happening in some parts of the world, if not most, because there are places where fungi are appreciated and revered. “In east Asia, fungi have been loved and revered for thousands of years,” Sheldrake said.

“In China, there are temples to the man who worked out how to cultivate shiitake mushrooms. But yes, in the west it has been neglected,” the biologist, who is also the son of controversial researcher Rupert Sheldrake, continued.

Indeed, in Asia, fungi have been playing critical role for a lot of aspects in people’s life. Many species of fungi can be medicine ingredient, even the organism can be used to cure almost anything. However, not much is known about the use of fungi, in Europe and America except for food ingredients.

Of course, we can also find a lot of food which include fungi, but not mushrooms, in Asia. Tempe is one of the examples, using the work of Rhizopus oligosporus to ferment soybeans. Soy sauce is also made with the work of fungi.

But Asia’s experience with mushroom came from its culture. They tend to stick with their culture more compared to western countries. And by this, they still value traditional recipes and methods that they got from their ancestors.

However, in western countries, development of technology slowly but sure eradicated their traditionality and replace it with advancement of their technology. They then forgot their ancestors’ heritage and thus came the neglection.

So, what’s the reason for neglection to mushroom in recent era? There are two main reasons for this, according to Sheldrake. First is late development of technology in studying fungi. It is only recently that researchers have the technology to fully investigate the organism, bringing the spotlight back to the organism in term of science.

Another reason for this is ‘historical’ said Sheldrake. “There is an entrenched disciplinary bias. Fungi weren’t seen as their own kingdom of life until the 60s. Mycologists were put in a corner of the plant sciences department, rather than in their own fungal sciences department,” he said.

Of course, it has a connection to classic misconception about the organism. We tend to associate fungi with mushroom, while actually mushrooms are only a small part of the kingdom. “This had a huge impact, if you’re not training researchers, it will be neglected.” 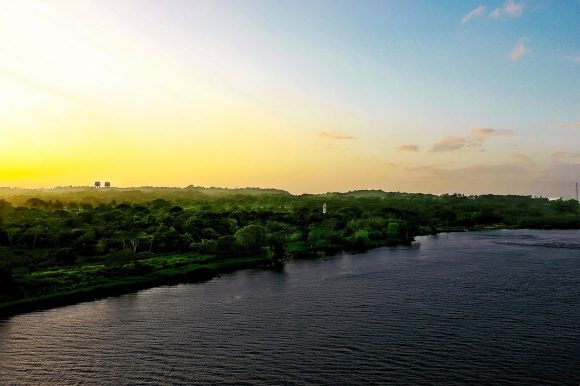 So, what is the book Entangled Life trying to tell us? It tries to tell the world that fungi are more than mushrooms. Thus, it includes the narration about underground fungi network in Panamanian forests, where plants and fungi are living in symbiosis.

The underground fungi network is connecting one plant to another in cellular level. This is thanks to hyphae, gossamer-fine tubes, which weave along plants’ tip of roots. The connection formed is like wires connecting land telephone from one house to another.

The connection built is so complicated yet sophisticated that it is called as Wood Wide Web. And this is an important connectivity because 90% of plants are actually dependent on it. Just like how one land telephone needs to be connected to wires with another land telephone to function well.

More than that, apparently the fungi connecting one plant to another are also giving what the plants really need naturally. “These fungi don’t just feed plants, they protect it from disease, they hold the soil together, and they’re conduits for carbon into it,” he explained.

Unfortunately, modern agriculture which utilizes chemicals and heavy machinery is destroying soil’s potentials to make such useful connection happen in farmlands. “Mechanised industrial farming has done huge damage to the microbial symbiosis of plants,” as the biologist said. 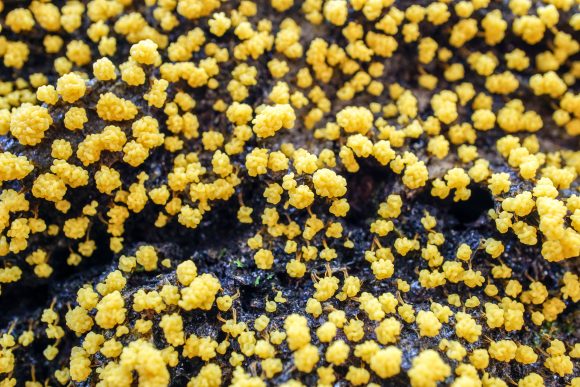 Since we are so late to understand the importance of fungi in this modern world, using our recently advanced-enough technology, there are only 6-8% of world’s fungi have been identified so far. But even that small number can contribute a lot to our lives.

The discovery of Wood Wide Web might be the beginning of a new agricultural trend, which is greener and safer to the environment. Not only that, the ability of such simple organism to create sophisticated and complicated connection between organisms also inspired a lot of scientists to copy the idea.

We live in the era of computed algorithm, and those fungi naturally provide the cheat sheet to us. “It takes a long time for computers to cycle all the way through the possibilities, but an organism can quite quickly find an optimal path, and algorithms can then be developed from that,” said Sheldrake.

In example, a group of scientists in Japan is trying to develop their transport network according to the algorithm of optimal path given by slime mold. And if we don’t really want to deal with its complicated algorithm, we can just use it physically.

A lot of product is being developed from fungi to replace materials which are destroying our nature. in example, leather-like material being developed by MycoWorks. “It feels like leather. It feels pretty strong,” Phil Ross, the chief technical officer at MycoWorks said.

Fungi is everywhere, and it is just simply a badass organism. Thus, with more research we might be able to develop many more things, replace ‘devilish’ materials like plastic or leather with it, and get greener and healthier earth.