An international team of scientists are working on a global project to fight global warming from underground. Yes, you are not reading it wrong, they are trying to tackle our current biggest enemy in the world from under.

It doesn’t always mean that they are working from beneath our house. It is just that the ‘thing’ they are going to use as a weapon lies beneath our ground. This ‘thing’ is called mycorrhizal fungi networks, or some experts just call it ‘world wide web’.

Here in this article, we are going to talk further about this world wide web of mycorrhizal fungi.

The base of this study is actually pretty simple. In recent years, scientists discovered that trees are relying on complex underground symbiotic between fungi and microbes. The symbiotic relationship assists the trees to transfer nutrients, which means we have three-way relationship here.

What makes it a breakthrough is that it occurs in every part of the earth. Every forest has this kind of symbiosis and it means that almost every single tree has relying on this symbiotic relationship for millions of years.

To assure the connections between those three, researchers conducted a series of studies to collect database from 1.2 million forest trees. The trees represent about 28,000 species in over 70 countries in the world.

Scientists from Crowther Lab at ETH Zurich, Switzerland, and Stanford University in the US then created a computed algorithm to analyze the database with additional information about local environment factors and different microbes associated with different species of trees.

In example, oak and pine trees are often related to ectomycorrhizal (EM) fungi, while maple and cedar trees are related to arbuscular mycorrhizae (AM) fungi. With this discovery, now an international team is working on a global map for the vast subterranean system of fungi.

Climate also plays an important part in this study, because it affects the composition of the networks. In cooler temperate climate, EM fungi are more likely to be found. While in warmer climate, AM fungi is more common.

Crowther said that with this breakthrough, we can uncover bigger mystery about how climate works, how to recover our global ecosystem, and many more. “What we find is that certain types of microorganisms live in certain parts of the world, and by understanding that we can figure out how to restore different types of ecosystems and also how the climate is changing,” he said.

Let’s take a glimpse of what the scientists have discovered from this study. As mentioned above, there are two main types of underground fungi which are arbuscular fungi (AM) that penetrate the host’s roots, and ectomycorrhizal fungi (EM) which surround the tree’s roots without penetrating them.

Those two types of fungi react differently to carbon. While AM fungi accelerate the recycling of carbon to the atmosphere, EM fungi help us to lock carbon into the soil. Researchers found that currently, AM fungi are thriving, while EM fungi are declining.

It indicates that global temperature is rising and creates a warmer climate all over the world. Researchers said that it might result in “feedback loop of warming temperatures and carbon emissions” because AM fungi is recycling carbon accelerate the recycling of carbon to the atmosphere.

“The types of fungi that support huge carbon stores in the soil are being lost and are being replaced by the ones that spew out carbon in to the atmosphere,” Crowther told BBC. This finding can function as a basis for greater restoration efforts.

“If we create conditions through changing the type of fungi that are interacting with plants in the soil in which then those soils begin to stop accumulating carbon, or they start releasing it, then the rate at which we are seeing change will start accelerating even more,” Dr Martin Bidartondo, an honorary research associate with Kew Gardens, stated. 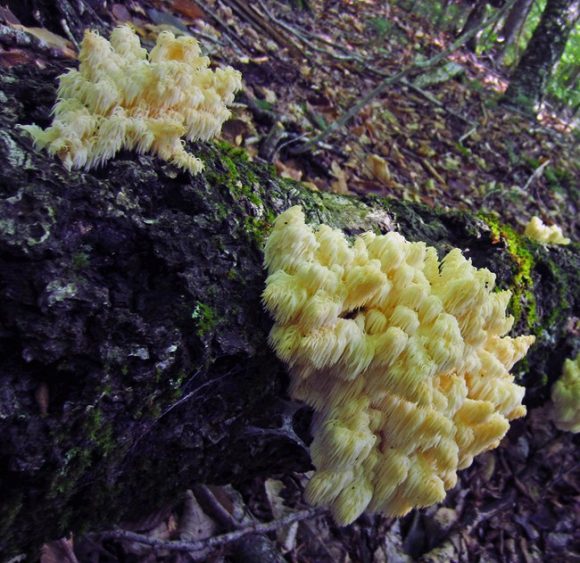 So, we know now that some types of fungi can help us and where can they grow. So, what? There is an important reason why this finding is called a breakthrough. For so many years we used to think that the only way we can restore this nature is by merely planting more trees.

No matter what kind of trees, but just plant more. However, with the discovery and global mapping of underground fungi networks, Mycorrhizal ecologist Dr Merlin Sheldrake said we can now work with a guide to plant what kind of trees and where.

“Plants’ relationships with mycorrhizal fungi underpin much of life on land. This study provides key information about who lives where, and why. This dataset will help researchers scale up from the very small to the very large,” the ecologist stated.

The findings can help us to ‘trick’ the nature by planting the right trees that can work hand-in-hand with that specific type of fungi (EM) and restore the population. Further, the symbiosis is expected to be able to restore the environment to better condition.

Will this study be able to restore nature to its finest condition like our expectation?