You are here: Home / Hello Earth / Ghost Forest: What Actually Is It?

Do you believe in ghost? Are they even real? You might have heard those questions, or asked it yourself, at least once in your life. Well, nothing is weird, because questions about ghost and its existence might have been the most (or least) popular ice breaker in human history.

Whether or not ghosts are real still cannot be proven up until nowadays, because ghost sightings are some kind of phenomena of occurrence rather than predictable events. Thus believing in either side of point of view is still acceptable.

But don’t you realize that in some times of your life you probably have seen a ‘ghost’? Not a ‘real’ ghost, maybe, but ghost forests. Ghost forests are pretty common actually, and we can usually find it near coastal areas.

Do you want to know more about this ‘ghost’? Then continue reading, because we are going to talk about ghost forests in this article.

Even though ghost forest are real phenomena (as real as our existence), but their presence is haunting. Ghost forest is actually an area of dead trees that used to be a forest, and its appearance can be described as the remnant of dead tree’s skeletons.

It used to be normal forest with normal trees, but rising sea level killed those trees with saltwater poisoning. When the sea level rises, saltwater will contaminate freshwater that the trees used to absorb for their sustenance.

Trees that cannot tolerate saltwater become poisoned and are dying, shedding their leaves first, leaving only their trunks standing still like zombie. A ghost forest indeed appears like an otherworldly realm, or some people describe as underworld.

You can almost relate the appearance of a ghost forest to ghastly swamps in horror movies, and you might feel a chill down the spine when you are there. But there is something more haunting in this forest than its appearance.

Ghost forest is actually a haunting indicator for us, because it is just another sign of climate change. Their appearance shows us what our planet would be when sea level is rising extremely that it would reach our lands.

Tsunami is one reason for a ghost forest to appear. Just like rising sea level, tsunami brings a lot of ocean water to the surface up until conventional forests. The rest of the process is pretty similar with what happens when it happens because of rising sea level.

In this case, the appearance of ghost forest and the growth of new plants is not a bad thing. Just as mentioned above, the newly grown plants re-spark life and help the forest to filter out pollutants and excessive nutrients.

Tectonic activities can also cause it, like what happens in Pacific northwest. Because of convergent plate boundary in that area which often attempt to slide past one another, they often become stuck. This condition usually results in orogenic uplift that is related to earthquakes and mountain building.

Sometimes the tectonic activities result in a drop of coastline up to several meters down below sea level. The rest of this story is the same as other stories explained above, but in this case the tide is not rising because the earth is lowering instead. 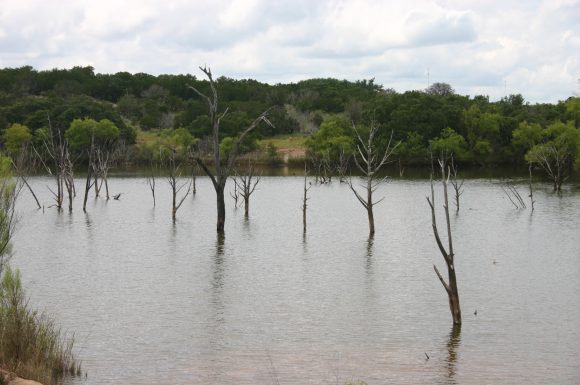 What’s terrorizing about ghost forest is that the number of it keeps increasing all around the world. No, we are not talking about black magic that can turn a healthy forest into an otherworldly scene, but we are talking about climate change.

Rising sea level, caused by melting icebergs from the poles, is the first reason for the phenomena. As long as the icebergs in the poles keep on melting, the level of global ocean will keep on rising, so is the number of new ghost forests.

But the problem is that the sea level doesn’t need to rise so high that it is covering the whole forest. Saltwater from the ocean just need to be close enough to the forests, and the tide will do the rest. In this case, coastal marshes will appear and soak the nearby forests.

Such kind of thing happen pretty often, such as in southern United States where coastal marshes are expanding into dry wooded areas. This kind of marsh might last for a long period of time, and even if it dries up the salt content from dried marsh water would still remain.

Building a dam to protect coastal areas might work for a short period. However, it would not work as final solution for the phenomenon. Melting icebergs, caused by climate change and global warming, is the main cause that we need to deal with. 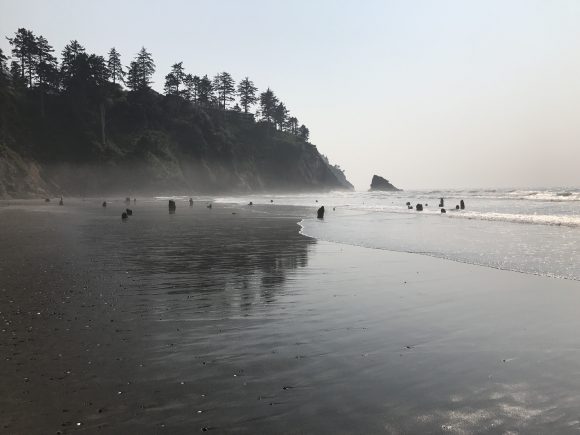 We know that the presence of new ghost forests is a sign of terror. However, humans are naturally attracted to strange, supernatural, and such kind of otherworldly things. That’s why, some people consider this destroyed face of nature as a beauty.

Not weird, though, since ghost forests is not always about death. All those standing ‘skeletons’ may remain standing still like zombies. But below them, life keeps on going with the presence of salt-tolerant marsh plants.

The presence of dead tree trunks among newly grown trees and shrubs somehow reminds us about life beyond death. The appearance indeed is photographic, making many professional photographers and movie makers fall in love with the scenery.

But the newly grown plants is not growing for solely photographic purposes. They have their own purposes, which is re-sparking life in the disaster zone. These plants can filter out pollutants and excessive nutrients in the soil that comes from overflowing water that came in.

Not only that, plants such as mangroves and shrubs, can also protect the shores from erosion by waves and store carbon better than conventional forests. Is it a bless in disguise? Well, sometimes it is, but not when it is the result of climate change.